Every Tuesday and Friday, World Trademark Review presents a round-up of news, developments and insights from across the trademark sphere. In today’s edition, we look the FTC leaving out trademark solicitation scams in its annual report of complaints, Alibaba reveals the number of law enforcement tip-offs it gave last year, and a marketing expert questions whether logos matter in today’s climate. Coverage this time from Trevor Little (TL), Tim Lince (TJL), Adam Houldsworth (AH) and Timothy Au (TA).

Alibaba’s reporting leads to criminal punishments for 129 people – According to China Daily, a report released by Alibaba last week has shown that the e-commerce platform provided law enforcement officials with 5,346 suspected instances where online customers had purchased counterfeits in 2017. After review, the relevant authorities received 1,910 of such instances, of which 63 were determined to be criminal cases, leading to 129 individuals receiving criminal punishments. However, Zheng Junfang, Alibaba’s chief platform governance officer, has stated that such punishments were far from adequate due to a lack of compensation from counterfeiters. This news follows mixed responses to the online giant’s recent anti-counterfeiting efforts – but suggests that tip-offs to law enforcements remains a strategy that company is continuing. (TA)

Australian zoos fighting it out for brand rights – A legal battle is underway between Sydney Harbour’s ‘Taronga Zoo’ and a new western Sydney zoo – due to open in 2019 – which plans to call itself ‘Sydney Zoo’. A federal court hearing to decide on whether the second zoo can use its desired business name has begun, and a closely-related dispute over the registration of a SYDNEY ZOO trademark is in the offing. Taronga Zoo opposed the new zoo’s registration in 2015, alleging that it was “improper” to use such a name as the zoo will not be located in "central Sydney" (with Taronga Zoo located significantly closer to central Sydney’s most visited tourist locations). The opposition was rejected by IP Australia in January 2018, a decision that will now be challenged in federal court, according to the Sydney Morning Herald. (AH)

Pushback on Facebook’s new brand-safe ads because of control restrictions – Digiday reports that Facebook is giving companies the chance to advertise their products and services in new brand-safe videos – but the unclear nature of the programme and the lack of control has would-be buyers hesitant. The social media giant is selling the ad space for $750,000 spread over three months; a low price for brand-safe ad space on such a large platform. Nevertheless, prospective customers are wary: those that have been pitched by Facebook claim that they are being offered limited control over where ads would appear (buyers would not be able to target their ads based on categories such as location or gender) and that they would not be allowed to list which publishers’ videos they do or not want to be featured alongside. Facebook’s push for more brand-safe ad spaces comes at a time when it has been labelled the least safe platform for brands and advertisers – the complaints aired about the new programme will thus be something of a setback for the social media company as it attempts to change this perception. (TA)

FTC leaves out trademark scams in latest report – IP attorney Erik Pelton, a pioneer in raising awareness of trademark solicitation scams, pointed out today that the US government’s Federal Trade Commission (FTC) latest annual report contains no mention of trademark scams. The FTC is one of the main federal agencies tasked with dealing with trademark scams, with the USPTO urging those who receive fake invoices to report them to the agency as a matter of urgency. Nonetheless, in its annual summary of complaints reported by consumers – which clocks in at 95 pages – it finds no room to mention trademark solicitation scams that often cost rights holders thousands of dollars. The hope is that this isn’t a sign the agency isn’t treating the issue as a priority. (TJL)

A new design for designs – The USPTO is to unveil a new design for patents on Sunday at the South by Southwest (SXSW) Interactive Festival. It is expected that the agency will issue patent number 10 million later this year and to commemorate this landmark the office is changing the design of the patent grant cover. The announcement of the planned unveiling notes: “Giving inventors exclusive rights to their ideas was defined in the US Constitution, and the 10 millionth represents a significant milestone documenting the United States’ global achievements in innovation and the economic powerhouse that can be built with over 200 years of intellectual property protection.”  A team of in-house USPTO graphic designers, led by agency employee Jeff Isaacs, created the new design, with commissioner for patents Drew Hirshfeld making the final selection. Hirshfeld, along with USPTO director Andrei Iancu and National Inventors Hall of Fame inductee Robert Metcalfe, will unveil the new design at the Hilton Austin on March 11 at 4:30pm. (TL)

Do logos matter anymore? – Over on Design Week, Paul Bailey, strategy director at We Launch, a London-based branding design studio, has taken a look at the importance of a logo for a brand overall in today’s climate. Noting that many companies’ rebrands involve a shift away from a logo with more character and uniqueness to one that is cleaner and eschews cursive script, a number of observers offered insights into the changing role of the logo. One commentator believes that the change is just a sign of once-young brands wanting to be taken seriously, which makes them switch to a solid, permanent-looking logo. Another states that as brands mature, they no longer feel the need to constantly assert their personalities to differentiate themselves; the logo needs to do less “work” compared to when the brand is fresh on the market. Others aver the brand’s symbol is arguably more significant now: the identity of brands today is often reduced to a single letter on a digital screen and as such, the symbol has taken up a more prominent role. Likewise, the sound of the brand name may slowly be overtaking the logo in importance, given that it is estimated half of all searches will be done through voice search by 2020. It seems then that the traditional brand creation paradigm has shifted, as the logo may no longer be at the forefront of considerations. (TA)

WIPO serves up IP advice to Vietnamese entrepreneurs – Experts from WIPO have visited Ho Chi Minh City to advise Vietnamese businesses and officials on how to acquire intellectual property rights overseas, local media has reported. Denis Croze, who heads WIPO in Singapore, spoke of the importance of protecting an enterprise’s name and logo, and described how the Madrid System allows local entrepreneurs to do so internationally. His colleague Peter Willimott, also based in Singapore, further explained the relationship between WIPO and national IP offices. This is another reminder of the crucial IP awareness work that organisations like WIPO are conducting all year round. (AH)

Greenberg Traurig elevates – Greenberg Traurig has elevated Shauna L Norton to of counsel in the firm’s Las Vegas office. Norton focuses her practice on intellectual property law with an emphasis on establishing, protecting and defending copyright and trademark rights. She has represented clients in trademark and domain name disputes, as well as in opposition and cancellation proceedings before the Trademark Trial and Appeal Board. In total, the firm has elevated 42 attorneys to shareholder from 21 of the firm’s offices and 14 practice areas, with female attorneys making up 50 percent of the firm’s 2018 new shareholder class. (TL)

The inside track on protecting your brand online – The latest edition of Online Brand Enforcement: Protecting Your Trademarks in the Electronic Environment, offering cutting-edge analysis and insight into brand protection strategies, has been published online. The free-to-view publication is designed as an indispensable reference guide for senior brand executives, trademark counsel and anti-counterfeiting practitioners across the world, exploring the vital issues behind online brand protection and the legal frameworks governing the digital marketplace. Click here to access the latest analysis and insight into protecting your brands in the online environment. (TL) 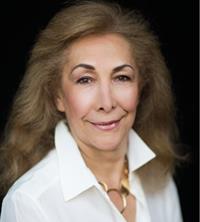