The brand logos which appear the most on Instagram and Twitter posts have been revealed, with sports brands adidas and Nike leading the pack. The results, which are included in a new report by Brandwatch, are a reminder of the challenge that rights holders face in controlling their intellectual property on social networks – and the need for brand protection practitioners to continually evolve their practice in the online space.

The insights are from the latest study by Brandwatch – entitled “2018 Brand Visibility Report” – which analysed over 250 million images posted online to find which brand was pictured the most. The leader, by a wide margin, is adidas with over 6.6 million unique images including its logo posted to Instagram and Twitter every month. To put the sheer scale of that into perspective, that equates to three images featuring the adidas logo being posted to Instagram and Twitter every second. Next on the list is Nike, at 5.1 million unique images posted every month, with sports apparel brands (eg, Puma, Under Armour) and major sports sponsors (eg, Emirates, Coca-Cola) dominating the top 20:

The report also studies how the top 100 brand logos used on social media are perceived when posted. The brand that has the most positive image is Burberry, with nearly 100% of uses of the logo being alongside approving text. This result is in contrast to a decade ago, when the brand was fighting a reputation battle in the UK after Burberry products – spurred by a rise in counterfeit goods – became synonymous with so-called “chavs”. On the flip-side, over half of uses of the FedEx logo on social media is in a negative context, with the report noting: “FedEx’s association with the NRA has generated a swell of online abuse – since December 2017 the volume of negative images containing the FedEx logo has grown by 185%.”

There is also information on logos posted by influencers (defined as social media users with over 10,000 followers). It might be expected that this ranking would be led by brands that are well-known for partnering with social media stars, such as those in the fashion or entertainment sectors, but the report reveals it is led by financial brands:

However, the reason such brands figure highly is not because of canny social media marketing campaigns by banking brands – it is actually due to more nefarious activity. “These brands have appeared in pictures shared by fraudulent individuals who claim they can make their followers thousands of dollars,” the report notes. “These images are so prominent, they’ve propelled three banks to first, second and third on our influencer chart.”

Indeed, reports of significant negativity and fraud associated with logos being used on social media is a reminder of the challenge faced by rights holders online. In all, brand owners face a number of core problems when it comes to social networks, specifically:

As we’ve written about extensively in the past, trademark owners have – for the most part – lost control of brand usage on social media platforms. It can often feel like knocking out one infringing account only leads to five others taking their place, with scammers and counterfeiters using increasingly sophisticated strategies on social networks. But as infringers evolve, so too must brand protection practitioners. 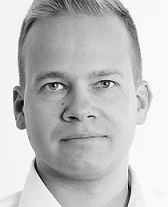