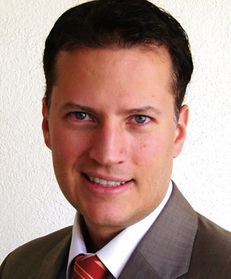 Victor Ramirez joined OLIVARES in 1999 and completed a postgraduate major in IP law at the Pan-American University in Mexico City in 2005. He attended the IP Summer Institute at the Franklin Pierce Law Centre in 2007.

Mr Ramirez’s work at OLIVARES focuses on counselling, lobbying and prosecuting administrative proceedings on IP and regulatory matters such as marketing, advertising and labelling issues before government agencies such as the Mexican Trademark and Patent Office, the Federal Commission for Health Risks and the Consumer’s Attorney General Office.

He is also an experienced litigator, assisting clients from a number of industries to challenge before the courts the inspections, infringement proceedings and seizures or fines imposed by government agencies.