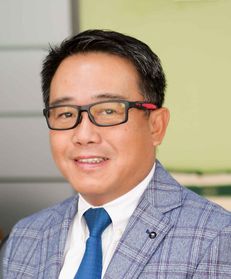 Rowel Barba is a respected name in business and law circles, having had over 20 years of experience. He is perhaps most known for his tenure in the RFM Corporation, a publicly listed corporation, where he used to be Vice President and Head of the Corporate Legal & HR Divisions; the JAKA Group, where he held several positions, eventually moving up to becoming the company’s Vice President and Chief Legal Counsel; and as an Associate at the Ponce Enrile Cayetano Reyes & Manalastas Law Offices.

In his capacity as Chief of Staff of the Office of the Secretary, Undersecretary Barba was the DTI Secretary’s alternate representative in cabinet meetings with the President, and was the lead official for the organization of Presidential visits within the DTI.

He concurrently sat  in various boards of government corporations, agencies and councils such as the Maritime Industry Authority (MARINA), Philippine Ports Authority (PPA) & the acting Chairman of the Cagayan Economic Zone Authority (CEZA), among others. He also represents DTI in the Philippine Air Talks Panel.

He was also formerly the Undersecretary for the Management Services Group (MSG) and the Competitiveness and Ease of Doing Business Group (CEODBG) of DTI.

He concurrently sits as Governor of the Board of Investments (BOI) and Acting Chairman of the Cagayan Economic Zone Authority (CEZA).