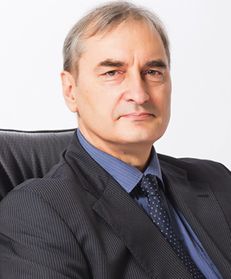 Nikolay Bogdanov graduated from the Moscow Institute of Electronical Engineering and the Central Institute of Intellectual Property. He started his career in the Russian Patent and Trademark Office, where he served as an examiner, researcher, deputy chief of the legal department, deputy chief of the department for international cooperation and deputy general director.

He contributed to the development of Russian IP legislation and regulations, drafting international agreements on patent harmonisation and participating in intergovernmental negotiations, including those on Russia joining the World Trade Organisation.

Mr Bogdanov joined Gorodissky & Partners in 2004 and was promoted to partner in 2006. He advises clients on Russian and foreign IP legislation, including international IP treaties, conventions, agreements and peculiarities of their implementation in Russia.