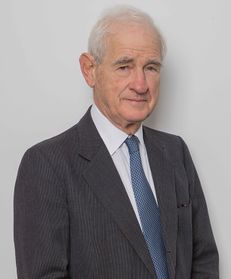 Jorge Otamendi’s field of specialisation is focused on Industrial Property and Competition laws. He joined G. Breuer in 1969 and became partner in 1981.

Academic Activity: He has been and continues to be a professor of post-graduate Industrial Property and competition law related studies at the Universidad Católica Argentina, Universidad Argentina de la Empresa, Universidad de San Andres, Universidad Torcuato Di Tella, Universidad de Palermo, among others, and has participated as a lecturer in a variety of seminars and conferences in domestic and international forums. He was made an AIPPI Member of Honor in 2010.

Publications: He authored three books: “Las Relaciones Comerciales y las Restricciones a la Competencia” in 1978, “Derecho de Marcas” in 1989 (with its Ist edition released in 1989 and its IXth edition released in 2017), and “Los Valores Intangibles de la Empresa” in 2010. He also authored many articles addressing his area of specialization, published in several specialized local and international magazines and bulletins.