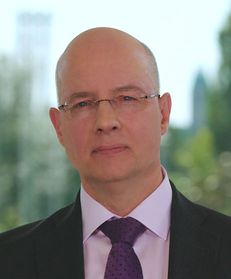 His practice focuses primarily on national and international industrial design law, particularly multinational design infringement proceedings as well as invalidity proceedings before the European Union Intellectual Property Office (EUIPO) in Alicante and the Court of Justice of the European Union in Luxembourg. As the editor of the four-volume casebook “Design Protection in Europe”, the only one of its kind, Henning Hartwig has unique access to unpublished decisions of Community and national design infringement courts throughout Europe. Clients in this field include computer, electronic-games, fitness-equipment and clothing manufacturers. Henning Hartwig was involved in one of the first infringement cases in Germany relating to an unregistered Community design and has coordinated a number of multi-jurisdictional infringement proceedings in Germany, Italy, Switzerland, France, Austria and the Netherlands.

His other fields include European and national trademark law, unfair competition law and the global fight against product piracy, in which he represents clients in the sectors of consumer healthcare, direct response television marketing and the food industry. In a prominent case before the German Federal Court of Justice, Henning Hartwig was successful in defending a global chocolate manufacturer against claims asserted for injunctive relief and damages on account of alleged 3D trademark infringement and unfair competition.

He is also actively involved in the field of copyright protection, having represented one of Europe’s leading furniture manufacturers.