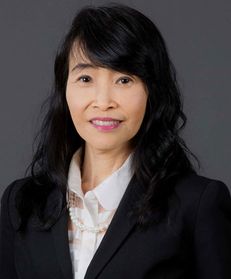 Darani Vachanavuttivong is a formidable enforcer of intellectual property rights (IPR), including trademarks, copyrights, and patents. Regarded as “a brilliant, hands-on lawyer who works extremely hard for her clients” (WTR 1000), Darani is currently recognized as a top IP practitioner by such publications as Asialaw Leading Lawyers (2003–), The Legal 500 Asia Pacific (2003–), and Chambers Asia-Pacific (2008–). She has been named as one of the most accomplished female IP practitioners in the world by Managing Intellectual Property magazine, which included Darani in its list of the “Top 250 Women in IP” from 2016 to 2018.

Darani helps clients protect IPR in some of the toughest jurisdictions in the world—Thailand, Vietnam, Cambodia, Laos, and Myanmar. Darani previously headed the firm’s trademark registration group and is well-versed in writing patents, having represented numerous patent clients and having attended several high-level courses on drafting patent specifications, including the South East Asian Patent Drafting Training Course and the Patent Agent Training Course organized by the Department of Intellectual Property, Bangkok.

A leading IP attorney and a leader in the IP field, Darani is the managing director of the Tilleke & Gibbins intellectual property group, which is consistently recognized as the preeminent IP practice in Thailand. Outside of the firm, Darani was elected by her peers to serve on the ASEAN Intellectual Property Association (AIPA) as President of the association (2021–2023), as the Country Head for Thailand (2009–) and as a Council Member (2007–). She is a member of the International Trademark Association (INTA) Harmonization of Trademark Law and Practice Committee (2016–2017). She  served as President of the Thailand group of the Asian Patent Attorneys Association (2012–2015) and continues to serve the APAA as Vice President of the Thailand Group (2015–2018). In addition, she was the President of the Intellectual Property Association of Thailand (IPAT) for two terms (2005–2009) and continues to be involved in IPAT as the Secretary General and as a member of the Board of Directors.

Darani takes a realistic, no-nonsense approach to protecting intellectual property in Southeast Asia, and notes that, “protecting IPR should be viewed as an investment in the product and the company’s good name and as a critical line-item in any originator’s budget.”