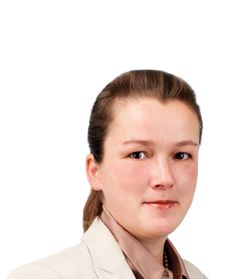 Alexandra Pelikh is a Russian patent attorney. Since 2013, she has worked at Zuykov and partners, where she manages the legal department. She was listed as a recommended lawyer in the field of intellectual property in Chambers Global and Chambers Europe in 2011 and 2013. Ms Pelikh specialises in the consideration of disputed issues relating to the use of intellectual property. She advises foreign and Russian companies on obtaining, defending, and disposing of the rights to the subject matters of intellectual property and defends their interests in the courts. In 2018 Ms Pelikh was included in the WTR 1000 rankings, where she was described as a practising specialist who pays special attention to the needs and wishes of her clients.