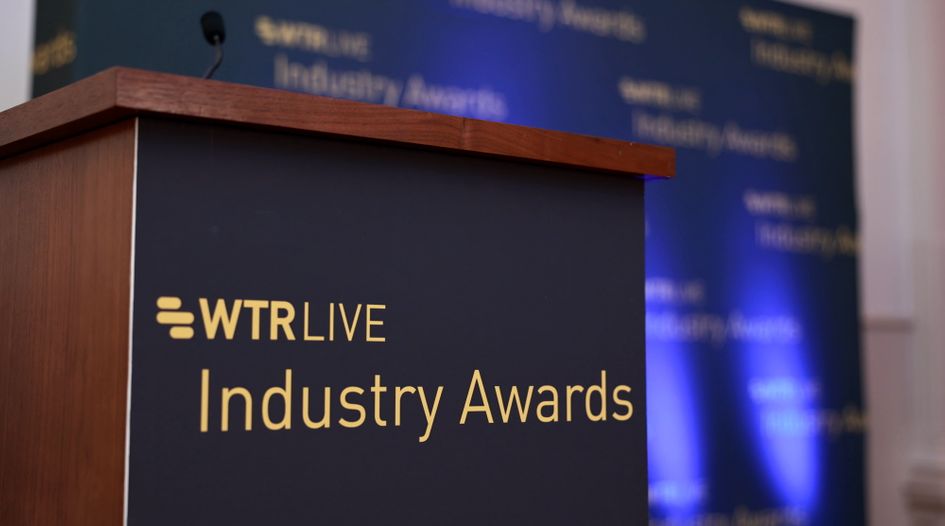 In-house excellence has been celebrated at Washington DC’s Planet Word Museum, with the winners of this year’s WTR Industry Awards announced at an exclusive champagne reception. Among those honoured were teams from FIFA, Industrias AIEn, NBCUniversal, Puma and Rivian.

Launched in 2007, the WTR Industry Awards recognise the vitally important work carried out by in-house trademark counsel and identify those that are performing their functions to the highest possible standards. As well as recognising trademark teams in key industries, two individual awards are presented each year.

This year’s In-house Leader of the Year was Debra Hughes, assistant general counsel at Blue Cross Blue Shield Association. An experienced legal strategist, Hughes delivers client services grounded in her ability to develop synergies among multiple stakeholders that collaborate to execute strategic initiatives and complex transactions that align with business priorities. She is also committed to volunteerism community service. In August of 2020, she was appointed to the Blue Cross Blue Shield Association's Diversity Equity and Inclusion Advisory Committee, and is also current treasurer of the INTA Foundation, a charitable organisation working to expand educational and professional development opportunities in IP for diverse, under-represented populations around the world. In 2021, in addition to serving on INTA’s 2021 Presidential Task Force on Diversity, Equity, and Inclusion, she was track leader for the Building a Better Society Through Brands content at INTA’s 2021 Annual Meeting Virtual+ event.

The recipient of this year’s other individual award, Lifetime Achievement, was Dolores Moro, who has been part of the brand legal community for almost 35 years. After a stint in private practice, Moro was an in-house counsel for 15 years at leading consumer products companies. After seven years at The Coca-Cola Company, she held senior IP roles at Revlon, BATMARK and Kimberly-Clark. Moro served on the INTA board of directors from 2001 to 2006 and in 2015 joined the association as senior strategist, education (now known as ‘knowledge and development’). In that role, Moro was responsible for creating cutting-edge educational programmes, in collaboration with INTA members, on a broad range of topics delivered to audiences around the world.

WTR congratulates the award winners and all of the shortlisted teams and individuals. Thanks also to our sponsors for all their assistance in hosting such a memorable event, proceeds of which will go towards supporting the Swawou School for Girls in Sierra Leone (the school was set up in 2008 to offer a free quality education to girls from the Swawou community of Kenema town, eastern Sierra Leone. WTR’s parent company Law Business Research is the major financial supporter of the school).

We will be running a series of profiles and interviews with the winners on the WTR platform on the near future. In the meantime, the 2022 winners in full are: