Word mark held to be confusingly similar to figurative mark

In Kowa Company Ltd v Commissioner of the Japan Patent Office (Gyou-Ke Case No 10328, June 13 2012), the Intellectual Property High Court has held that there was a likelihood of confusion between the mark レインボー (Japanese for 'rainbow') and the figurative mark RAINBOW. 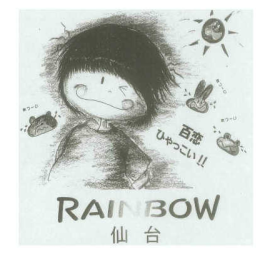 On April 21 2010 Kowa limited the scope of the designated goods in the trademark application to “sanitary masks". On June 15 2010 the revised trademark application was rejected by the JPO. On September 16 2010 Kowa appealed against the JPO's decision. On August 31 2011 the JPO dismissed the action due to a failure to make a claim.

On October 11 2011 Kowa commenced a court action to rescind the JPO’s decision. At issue before the court was whether:

The court affirmed the decision of the JPO, finding that the marks and the goods were similar.

In determining whether the marks were similar, the court considered their appearance, perception and pronunciation, as well as the current market for the products at issue. The court reasoned that the word element of the registered trademark was the dominant element, even though the mark was a combination of graphic and word elements. No link existed between the part of the mark that contained the pictures and the part that contained the words.

In particular, the court held that the top part of the registered trademark did not convey a specific concept or lead to a specific pronunciation, because the boy in the picture was not a famous character; although the pronunciation of the element '百恋' in the registered mark and 'ひゃっこい' (the mark applied for) is the same in Japanese, the meanings of these words are completely different: the former means 'much love' or 'relationships', while the latter means 'cold'.

The court recognised that:

For these reasons, the court decided that the mark would not be pronounced 'rainbow Sendai'. Accordingly, the court found that the word 'rainbow' in the bottom part of the mark was the most distinct and would attract the most attention. Therefore, the court concluded that the element 'rainbow' was the dominant element of the registered trademark.

The court also reasoned that the trademarks were not visually similar. However, the word 'レインボー' conveyed the concept of a rainbow and sounded like the word 'rainbow', which was the central part of the registered trademark.  Therefore, the court concluded that, although the marks were not similar in appearance, they were similar as a whole.

Turning to the similarity of the designated goods, the court noted that sanitary masks are designed to prevent sickness and allergies, while the support covers at issue were intended to improve the blood flow of an affected area and to cool the area to facilitate recovery.

The court noted that both products were health-related goods made of non-woven cloth or fabric, which were designed to maintain human health and/or facilitate healing. The court further considered that: