In Duscholux Ibérica SA v Office for Harmonisation in the Internal Market (OHIM) (Case T-295/11, September 12 2012), the General Court has confirmed a decision of the Board of Appeal of OHIM in which the latter had found that there was no likelihood of confusion between the word-and-device trademarks DUSCHY and DUSCHO HARMONY.

Duschprodukter i Skandinavien AB filed an application for the registration of the figurative international trademark DUSCHY designating, among others, the European Union. 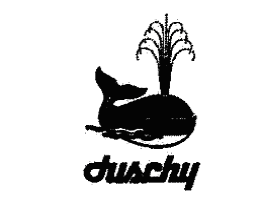 OHIM found that there were no absolute grounds for refusal and granted protection for all the designated goods, including "shower cabins, showers, shower panels, shower hoses, shower nozzles, hand showers" in Class 11 and "mirrors" in Class 20 of the Nice Classification.

Duscholux Ibérica SA lodged an opposition based on the Community trademark DUSCHO HARMONY, which covered goods relating to showers and baths in Classes 6, 11 and 19.

The Opposition Division of OHIM upheld the opposition for all the goods, with the exception of "mirrors" in Class 20. However, the First Board of Appeal dismissed the opposition in its entirety, finding that there was no likelihood of confusion between the marks in respect of all the goods.

While the Opposition Division had found that the marks were similar, the Board of Appeal reached the opposite conclusion. The Board of Appeal argued that the similarities between the trademarks did not outweigh the dissimilarities, in particular from a visual point of view. The element 'DUSCHO' of the earlier trademark was considered to be dominant; however, the word element 'duschy' of the contested trademark could not be said to be dominant, as the mark also included a figurative element in the form of a whale blowing water. This figurative element, which was larger and appeared above the word element, could not be disregarded and could even be seen as the dominant element. Further, the board found that the first letter of the word 'duschy' could not only be interpreted as the letter 'D', but also as a 'S' or 'J'; the word element could thus be read as 'suschy' or 'juschy'. Finally, even if 'DUSCHO' was the dominant element of the earlier trademark, the additional element 'harmony' also had to be taken into consideration.

With regard to the alleged infringement of the right to a fair hearing, the court pointed out that proceedings before OHIM are administrative, and not judicial, in nature.

The court further noted that the question of the distinctive character of the word element 'duschy' had been put forward by Duschprodukter i Skandinavien during the opposition proceedings, but Duscholux Ibérica had failed to submit any observations in this respect. The court also found that the issue of the perception of the relevant public was at least part of the examination relating to the phonetic comparison of the marks, which was a prerequisite for finding that there was a likelihood of confusion between the marks. Thus, OHIM was allowed to rely on the perception of the relevant public, even if this point had not been expressly put forward by either of the parties.

This decision shows that the parties should discuss all relevant issue in due time. It also demonstrates that OHIM and the European courts do not take into consideration only the word element of word-and-device marks, but also the figurative element - which can even be regarded as the dominant element.