Will the end of the embargo lead to clarity for US and Cuban brands?

If the US-Cuba trade embargo is lifted, one of the important legal issues to resolve will concern trademarks – notably, how existing brands in each country will be protected and enforced in the other

On July 20 2015 the United States reopened its embassy in Havana, Cuba, the latest step in a two-year effort between the two nations to thaw their relationship. The opening of the US embassy marks the latest in a series of historical changes after months of diplomatic negotiations regarding various matters, including the potential end of the US trade embargo with Cuba. When and whether the trade embargo is lifted, one of the important legal issues to follow will concern trademarks – notably, how existing brands in each country will be protected and enforced in the other.

When examining the trademark issues, the outcomes of several ongoing cases involving well-known, longstanding cigar and rum products will likely guide existing and potential brand owners regarding their trademark rights in Cuba and the United States. Numerous US businesses are poised to expand their brands into Cuba as soon as the trade embargo ends and thousands of US brands have reportedly been registered in Cuba in anticipation.

In the same way, many Cuban brand owners which have been banned from the United States for over a half-century presumably are now formulating plans to bring their brands to the lucrative US market – although their ability to register trademarks in the United States for Cuban-made products is extremely limited under existing law. 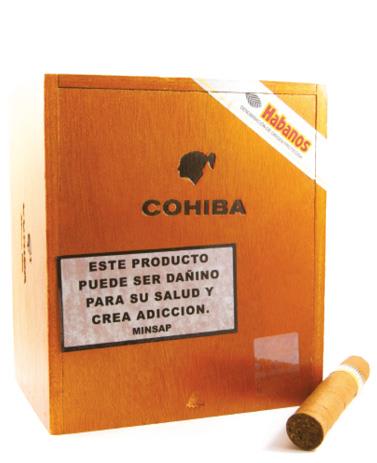 If and when the embargo ends and Cuban cigars are permitted to legally enter the US commerce stream, Habanos SA, the leading Cuban cigar maker, has reported that it expects to immediately gain 25% to 30% of the US premium cigar market

If and when the embargo ends and Cuban cigars are permitted to legally enter the US commerce stream, Habanos SA – the leading Cuban cigar maker – has reported that it expects to immediately gain between 25% and 30% of the US premium cigar market, recently estimated to be worth $2.6 billion annually. Habanos is a joint venture between the Cuban government and Imperial Tobacco Group PLC, which reported 2014 sales of $439 million, without access to the US market. Habanos has estimated that demand for its cigars in the United States will be between 70 and 90 million units per year as soon as the embargo ends.

During the trade embargo, one of the exceptions allowed was for the registration of trademarks and maintenance of existing registrations by US rights holders in Cuba and, reciprocally, by Cuban rights holders in the United States (provided that the Cuban-owned trademarks were not confiscated from Cuban nationals after the revolution). These exceptions are important when viewed in the context of the use requirements associated with trademark laws. US trademark owners are not permitted to conduct business in Cuba, thus making it impossible to satisfy the use requirements under Cuban trademark law. However, this exception has allowed brand holders that were doing business in Cuba before the embargo (ie, automobile, soft drink and beer brands that existed in the 1950s and still exist today) to maintain their trademark registrations in Cuba until such time as US companies can lawfully participate in Cuban commerce.

Likewise, Cuban-manufactured products cannot legally be sold in the United States because of the trade embargo. In the same way, the legal exception permitting the registration and maintenance of trademarks by the US Patent and Trademark Office (USPTO) overrides the use requirements of US trademark law and permits Cuban-owned entities to seek or maintain their issued registrations or, in certain instances, to challenge registrations owned or sought by others. To get around these restrictions and set their brands up for new registrations in the United States, certain Cuban brand owners have begun using their Cuban brands for versions of their products that are not sourced from Cuba.

Under the legal exception, the Cuban government has been engaged in litigation and administrative challenges over ownership of the COHIBA trademark for cigars for decades. As recently as February, the US Supreme Court upheld (by declining to consider) a lower court’s decision stating that the Cuban government has standing to assert a challenge to the COHIBA registration.

However, for US cigar connoisseurs encountering their first opportunities to legally purchase Cuban-made cigars, how are they to know whether the Montecristo or Partagas cigars that they find in their local cigar store’s humidors are Cuban? US customers are unlikely to start buying Cuban-made cigars with the names they are sold under throughout the rest of the world, as the owners of the US registrations for these identical brands will assuredly try to keep out their Cuban counterparts. The conflicting owners of these brands, or alternatively the US and Cuban governments (an improbable option), will need to figure out how to avoid an overlap in the market which will undoubtedly lead to consumer confusion – either through name changes or, as has been speculated in the industry, a merger of the world’s two leading cigar manufacturers.

Pernod Ricard’s Havana Club rum is available in 120 markets around the world, but has been prevented from US registration of the HAVANA CLUB mark and plans to market its rum under a different name – Havanista

Similarly, both Bacardi and the Cuban government claim trademark rights to the famous HAVANA CLUB rum brand. Bacardi owns worldwide rights to HAVANA CLUB by assignment from the Arechabala family, which created the brand in Cuba but had its property expropriated by the Cuban government after the 1959 revolution. After the Arechabala family fled Cuba, the Cuban government began production of its own version of Havana Club rum in Cuba and entered into a joint venture agreement with Pernod Ricard, which registered the mark with the USPTO in 1978. However, because of the embargo and subsequent passage of the so-called Bacardi Bill, the USPTO is instructed not to enforce trademark rights in the United States if the trademark is used in connection with a business or asset seized by the Cuban government, unless the original owner of the mark provides consent.

Pernod Ricard’s Havana Club rum is available in 120 markets around the world, with one-quarter of its sales occurring within Cuba. However, as a result of the embargo and associated trademark law issues, Pernod Ricard was prevented from renewing the HAVANA CLUB mark with the USPTO when it lapsed in 2006. It now plans to market its Havana Club rum under a different name – Havanista – when the embargo ends and the US market opens. Interestingly, in July 2015 a pair of new applications was filed with the USPTO – one for HAVANA CLUB and a second for HAVANISTA, both for rum – by Miami-based individuals with seemingly no connection to either Pernod Ricard or Bacardi. It looks as if the waters will become further muddied before the issue is clarified.

If and when the Cuban embargo is lifted entirely, the entry of Cuban cigars, rum and other products into the United States will clearly face obstacles – most notably, the issue of brand ownership. Similarly, US brand owners – many of which have brands that are instantly recognisable throughout most of the world – may soon be faced with the challenge of not only introducing, but also protecting their valuable brands in a nation that they have not been legally permitted to enter throughout their existence (ie, Apple, Under Armour and other brands that were not created until after the embargo began).

For the first time in most of their histories, US brand owners now have an incentive to invest time and resources in brand protection in Cuba. The infrastructure of Cuba’s trademark office is generally unknown, but the registration process has typically been protracted. As Cuba is a first to file system and does not require proof of use to register a trademark, it is likely that many well-known brands will fall prey to trademark squatters filing in Cuba and hoping to ransom off their registrations to legitimate brand owners. Given the uncertainty of the trademark office’s operations, the registration and opposition/cancellation processes may force brand owners to choose the lesser of two evils and pay off the squatters in order to secure their registrations more quickly.

As a result of exceptions resulting in the availability of contradictory positions, Cuban cigars and rum have not been available in the United States during the embargo, even while the registration of non-expropriated Cuban trademarks was permitted. Until these legal inconsistencies are resolved, consumers may encounter multiple versions of products with the same brand. And in Cuba, where there is even more uncertainty revolving not only around the mere act of conducting business in a territory that has been untouchable for over 50 years, but also around the trademark laws and the capacity and capability of the country’s trademark office, many questions will need to be resolved before brands can successfully introduce themselves to the Cuban market.