Why the legal profession should encourage diversity and inclusion 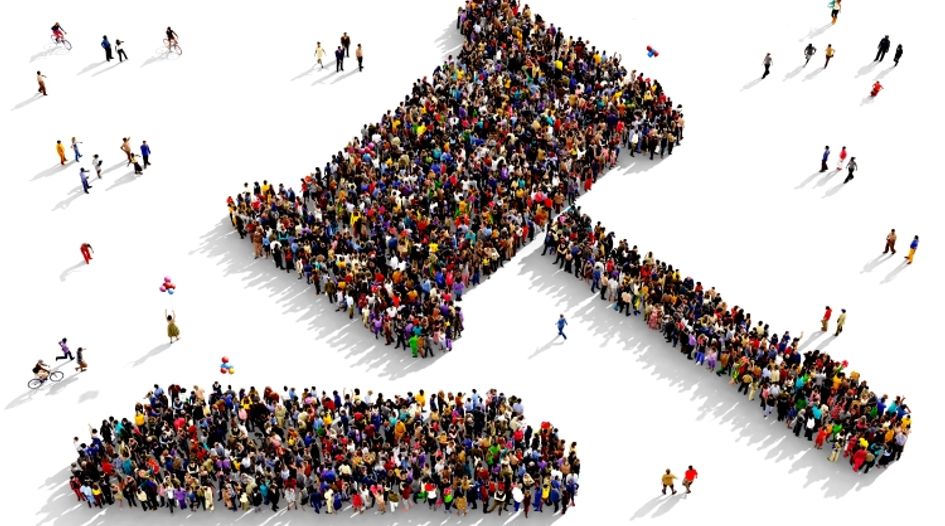 Embracing diversity and nurturing inclusion is not only the right thing to do, it is good business. Yet the legal profession has been slow to change and capture the opportunity.

In 2020 the United States will celebrate two major suffrage anniversaries: the 100-year anniversary of the 19th Amendment providing women the equal opportunity to vote and the 150-year anniversary of the 15th Amendment protecting the vote for citizens regardless of race and skin colour. These victories for inclusion and equality in US civic life were long in coming. For the 243 year-old nation, these milestones mean that people of colour – particularly African Americans – have not had the opportunity to vote for nearly 40% of the country’s existence and voter suppression remains a hot issue. Moreover, women have been excluded from this aspect of governance for a whopping 60% of the time.

As a global community, we are on a long journey to protect civil and human rights, celebrate our collective diversity and provide inclusive societies. But we have made significant progress and are gaining momentum. Just 30 years after US women’s suffrage, a community of nations from all regions of the globe ratified the Universal Declaration of Human Rights – the most translated document in the world. In the declaration, 48 nations proclaimed that all humans have “inherent dignity” and the protection of equal and inalienable rights for “all members of the human family” is the foundation of freedom, justice and peace.

In furtherance of these beliefs, there has been a sea change in the law and society on a global scale, which is leading to a more equitable and inclusive world. Women and people of all colours not only have the right to vote; they occupy leading positions in the law, government and across society and industry. However, work for the inclusion of all races and genders is far from over. In addition, our collective sensibilities around the need for more inclusive living have rightfully moved far beyond racism and oppression of women.

Today typical discussions on equality and inclusion span a much broader acknowledgment of the diversity of human identity, ways of being and ways of living than two genders and a shortlist of racial identifiers. In our human family there are hundreds of nationalities, ethnicities, languages and religions resulting in many thousands of unique combinations at those layers of being alone. There are over 1 billion people in the world with a disability.  Millions of people identify as LGBTQ+ (although worldwide data is unavailable, data from the United States and Europe estimates more than 50 million members of the LGBTQ+ community in those areas alone). There are five coexisting generations.  A rising number of people in each successive generation identify as multi-ethnic, are choosing not to marry or are marrying more than once, and are choosing not to become parents or to become parents later in life than their 19th century forebears. More women are choosing not to be the primary caretakers in their families and more men are choosing to fulfil that role. Since the 1920s, an enormous amount of cognitive psychological research has been done to recognise diverse psychological characteristics (eg, that people can be extroverted or introverted, with one-third to one-half of the workforce estimated to be the latter). The human family is rich with diversity and in the 21st century we are now looking at this from many angles and perspectives.

In this landscape, cultural competence and inclusion require hard work. Inclusive behaviour in complex communities of individuals embodying multifaceted differences is neither intuitive nor easy for anyone. Fortunately, the tools for thinking about equality and inclusion have evolved as well.

Psychological safety, allyship, sponsorship, safe spaces, proportional representation, unconscious bias, intersectionality, privilege, fragility – there is now an entire lexicon for articulating new understandings of the human condition, needs and ways of treating each other that was foreign to 19th century advocates of the human family. There is also a new discipline of work devoted to helping us all progress. Speakers, authors, academics, consultants, teachers and coaches focusing on this topic comprise a growing section of the workforce. Today most large companies and legal organisations have one or more full-time positions dedicated to leading their diversity and inclusion efforts.

Diversity and inclusion as good business

We now know that this work is not only the right thing to do for our human family’s health and wellness; it is also good business. A mountain of research has concluded that diversity improves the results that teams can deliver, making diversity crucial for organisations to stay competitive in the market – including the legal services market. There is a social element as well.  Modern customers not only demand the stronger outputs produced by diverse teams, but also want to do business with teams that reflect their own diversity and that are invested in their communities’ success.

The legal profession has been one of the least agile in responding to this demand. Despite significant dialogue, US law is still one of the least diverse professions, even when it comes to 19th century areas of concern, such as race and gender. Studies across the Bar consistently conclude that the diversity of the human family is not reflected in the legal profession. The IP Bar is, unfortunately, no exception to this.

A 2018 study found that 70% of IP attorneys in law firms are male, as are 77% of lead counsel in IP litigation matters (J Shontavia Johnson, Tonya M Evans and Yolanda M King, “Diversifying Intellectual Property Law: Why Women of Color Remain ‘Invisible’ and How to Provide More Seats at the Table” (2018)). Looking at ethnic inclusion, the same study found that only 1.8% of IP attorneys are African American, 2.5% Hispanic or Latinx, and 0.5% Native American – meaning that none of these communities are represented at the Bar at even half the rate that they represent the US public. And while cross-profession data for these communities is more difficult to obtain, studies of the bench and partnerships at law firms indicate that people managing disabilities and the LGBTQ+ community are also under-represented at the Bar (see ABA Commission on Mental and Physical Disability Law, ABA Disability Statistics Report 1 (2011) and Minority Corporate Counsel Association, LGBT Article III Judges).

This lack of inclusion poorly positions legal service providers to respond to customer demands for diverse legal counsellors. Further, the American Bar Association (ABA) has identified lack of inclusion as a threat to public faith in the legal system and thus the rule of law itself.

A growing number of powerful legal services customers are demanding change. Ten years ago a coalition of general counsels, impatient with the slow pace of inclusion gains in the profession, founded an organisation called the Leadership Council on Legal Diversity (LCLD). This provides professional development support and community to lawyers from under-represented communities in the United States. LCLD has over 300 organisational members and has provided training and community to thousands of lawyers.

In 2010 the National Association of Minority and Women Owned Law Firms (NAMWOLF) launched the Inclusion Initiative to increase the retention of minority and women-owned law firms in the United States. The initiative is supported by 33 companies that have spent over $1 billion with such firms in the last nine years.

In 2016 the ABA passed a resolution calling on all providers of legal services to take action to achieve greater diversity in their organisations and for corporations to direct more of their legal spend to attorneys from under-represented communities in the profession. Ninety-six companies from the Fortune 1000 have since pledged their support.

Since 2009 the ABA also has called for employers to sign its Pledge for Change to increase the inclusion of disabled lawyers in the profession. Nearly 250 organisations have signed on. And in just January of this year 170 general counsels wrote an open letter to law firms, demanding that they provide more diverse service teams or risk losing their business to providers who can meet this requirement. The message is clear: legal service customers are in the market for diverse teams. Organisations positioned to meet that demand therefore have a significant competitive advantage.

Investing to capture this opportunity

Over the last century, the legal advancements resulting in greater inclusion of women have reflected changes in culture. Similarly, lasting changes in legal organisations related to inclusion will need to be grounded on changes in organisational culture. Diversity and inclusion must be a part of an organisation’s core values, setting expectations for all the ways that an organisation works and holding everyone accountable to accordant behaviour.

Once this foundation is laid, organisations can then set strategic goals for taking stock of their opportunities to grow in this area, considering customer expectations, insights from internal reflection and the guidance that outside experts can often provide. A multitude of tactics can then be employed to implement the company’s strategy and track progress.

Recurring investments in education will play an important role. Cultural competency is a skill with never-ending room for growth. Creating safe spaces for learning and dialogue on diversity and inclusion will also be crucial. An organisation embracing diversity will be asking every person within it to take the risk inherent in engaging with people and content in ways that are new to them.  Organisations will need to lay the groundwork so that colleagues understand how to do that productively and with grace for well-intentioned learners.

Goals with measurable performance indicators should be a part of a strong strategy. Inclusion is not about simply employing or retaining more than zero people in a short list of diversity categories on a checklist. That said, specific targets for greater inclusion that are appropriately defined based on your region and organisation help to ensure  progress.

Investments in people need to be long term. Inclusion cannot be a recruiting exercise only or about new hires, or for people before they are promoted to leadership. People identifying with historically excluded groups face inclusion challenges at all stages of their career. Their success requires intentional support throughout their journey, though the form of that support will likely evolve over time.

It is critical for every member of an organisation to understand and embrace the opportunity that they have to create an inclusive organisation. By bringing their unique combination of identity, experience, perspective and passions to work, each person strengthens and adds value to a team. Inclusion is about providing a safe and welcome environment for everyone to do so, and every person will affect whether that kind of environment exists.

Today’s opportunity is to recognise that we are all members of the human family. Diversity and inclusion are for all of us – created by all of us.

Author | Chief of staff to the general counsel