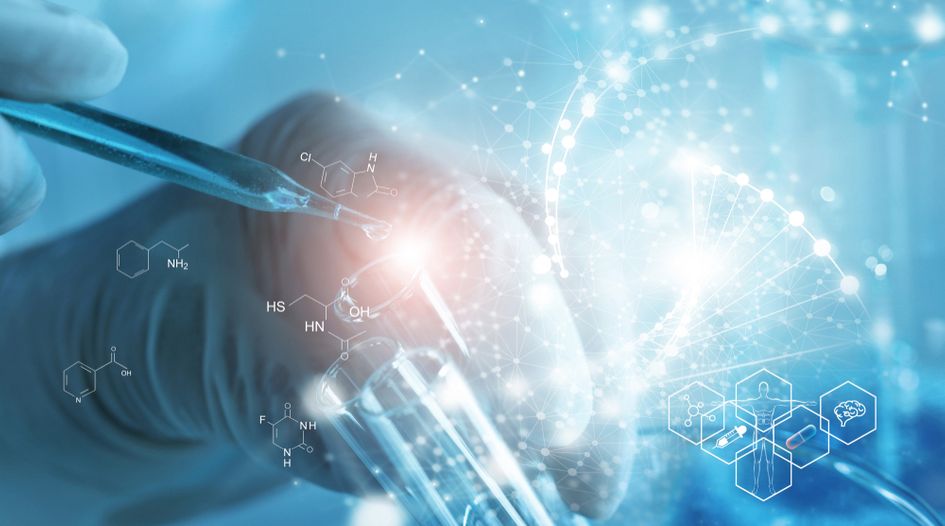 The Trademark Modernisation Act (TMA) opened the door for individuals and business to use new methods to clear away unused registered trademarks from the federal register, as well as expedite the registration process. The TMA made changes within three main areas: ex parte proceedings, prosecution and litigation. These changes will benefit companies, including pharmaceutical companies, to register their marks quickly and in a more cost effective way. It also increases the value of litigation. This article gives a brief overview of the new tools established by the TMA.

The most expansive changes deal with ex parte proceedings. This means that third parties can seek to have certain marks expunged or reexamined based on the fact the marks are not being used in commerce with their respective goods/services - a helpful tool for pharmaceutical companies. Allowing third parties to bring this kind of action gives the USPTO an avenue to remove marks which may be backlogging the federal register.

The litigation and prosecution changes are not as expansive but both serve the same goal - expediting and streamlining how the USPTO operates across the board meaning a more user friendly experience.

The TMA now gives third parties the opportunity to challenge an existing mark through a simplified and cost effective process. There are two options for these ex parte proceedings: expungement and reexamination. As discussed below, the process for bringing either challenge is essentially the same. This new option is beneficial for a variety of reasons:

For pharmaceutical brands specifically, the ex parte proceedings will allow companies who wish to use a particular good or service to speed up its own registration process by filing an ex parte challenge against certain marks which may have never been in use. Some have opined that this process was developed to target foreign registrations specifically- ie, those marks which claim priority and then never actually use the mark in commerce connected with the registered goods and services, thus causing a severe backlog with the USPTO (it is important to note, however, the USPTO assures that the provision regarding excusable nonuse as to particular goods and/or services in a registration with a sole basis under section 44(e) or section 66(a) applies only to goods and/or services challenged in an expungement proceeding). Either way, the goal is to ensure marks which are actually being used have the opportunity to register at a faster pace than what is currently available.

A petition for expungement must allege that the relevant registered trademark has never been used in commerce on or in connection with some or all of the goods and/or services listed in the registration.

Any party may request cancellation of some or all of the goods or services because the registrant never used the trademark in commerce. A petitioner may request, and the director may institute, an ex parte expungement proceeding between three and ten years following the date of registration. The TMA provides that, until 27 December 2023 (three years from the TMA's enactment date), a petitioner may request, and the director may institute, an expungement proceeding for a registration that is at least three years old, regardless of the ten-year limit. In addition, the USPTO has determined that it will not impose a limitation on the number of petitions at this time. This will allow pharmaceutical companies to expedite their own registrations for goods ready to hit the market, or even clinical trials.

For reexaminations, the petitioner must allege that the trademark was not in use in commerce on or in connection with some or all of the goods and/or services listed in the registration on or before the relevant date. A petitioner may request, and the Director may institute, a reexamination proceeding during the first five years following the date of registration.

It is important to note that the director at the USPTO may bring an expungement or reexamination proceeding of his or her own volition. There is not an absolute requirement for a third party to make a filing for the director to proceed with either option.

Filing the petition and the reasonableness standard

In order to petition for an expungement or reexamination, the challenger’s petition must be supported with evidence of non-use and show that the investigation into the non-use was reasonable. At the time the TMA was enacted, the USPTO had not set its internal rules for determining what constitutes a reasonable investigation. As of November 2021, the USPTO issued its final rule on the TMA and set forth its internal rules regarding the reasonableness standard.

In addition, when filing, the identity of the real party in interest will not be required in order to file a petition for expungement or reexamination because requiring such information could discourage legitimate petitions from being filed.

A quick overview of the process is as follows: the challenger files a petition and supporting evidence and the director then makes a prima facie case determination whether the allegations are deemed legitimate. The petitioner’s request must be supported with evidence of non-use and show that petitioner’s investigation was reasonable. The USPTO had until late 2021 to determine its own internal rules as what was considered reasonable. The final rule published on 17 November 2021 explains that a petition should include the following:

Appropriate sources of evidence and information for a reasonable investigation may include, but are not limited to:

A petitioner is not required or expected to commission a private investigation but may choose to generally reference the results of any report from such an investigation without disclosing specific information that would waive any applicable privileges.

Once the director reviews the petition and determines it meets the reasonableness standard, the remainder of the proceedings are handled between the USPTO and the registrant. For this reason, the financial burden is relatively low with the potential for high reward.

While the new ex parte proceedings are certainly advantageous to challengers, fret not pharma: the protections for registrants serve as a fail-safe.

If a proceeding is instituted, the petitioner will not have any further involvement. In the case of Director-initiated proceedings, there is no petitioner, and thus all relevant notices will be provided only to the registrant. Ultimately if pharmaceutical brands are on either side of these new rules, the timeline is short and it does not become a mess of parties involved.

The registrant should be prepared to produce specimen proving use in commerce for all of the goods/services being challenged in the petition. On the other hand, a registrant in an expungement or reexamination proceeding may also respond to an office action by deleting some or all of the goods and/or services at issue in the proceeding and that an acceptable deletion will be immediately effective.

The registrant must respond to the initial office action within three months of the issue date, but has the option to request a one-month extension of time to respond for a fee of $125. If a final action is issued, the registrant will have three months to file a request for reconsideration or an appeal to the Trademark Trial and Appeal Board if appropriate.

Remember, the goal is that these proceedings be faster and more efficient than other available options for cancellation of registrations for marks not used with goods and/or services listed therein, as well as the probability that most registrants are likely to have evidence of use that is contemporaneous with the relevant date at issue.

Finally, double jeopardy applies. If the registrant proves use once, they cannot be forced to prove it again in a similar expungement proceeding.

Ultimately, these changes will hopefully aid in removing marks not in use from the federal register. For pharmaceutical companies specifically, these changes bring cost effective and expeditious ways to register new marks. Even so, protections for current registrants are in place to make sure this process is not abused by the masses.

The TMA made one major change in the prosecution process - shortening the timeline for responding to office actions both during the application examination period and post registration. Under the new rule, an applicant has three months (as opposed to the old rule, which was six months) to respond to an office action. It is important to note that this rule change does not apply to Madrid Protocol Section 66(a) applicants.

Applicants/registrants may request a single three month extension for a $125 fee. Again, this change was made to expedite the registration process.

Finally, the TMA provides statutory authority for the longstanding USPTO letter of protest practice that allows third parties to submit evidence to the USPTO, prior to registration, relevant to a ground for refusal in examination. This is yet another tool for pharma companies looking to register quickly and clear the way regarding marks that should not be registered.

This change makes litigation much more valuable to pharmaceutical companies that wish to protect their marks because it establishes a nationwide uniform standard regarding burden of proof. In addition, the Supreme Court, in 2020, held that proving willfulness is not a prerequisite to awarding an infringer’s profits. These changes, taken together, streamline litigation, in a very favorable way for mark owners (Romag Fasteners, Inc v. Fossil, Inc., 140 S. Ct. 1492, 206 L. Ed. 2d 672 (2020)).

These changes aid registrants and applicants alike, all in an effort to expedite and streamline all stages of the application, registration, and litigation stages. Pharmaceutical companies should care about these changes because registration and protection just became quite a bit faster and cost efficient.