Where next for EU trademarks?

The impact of Brexit on trademarks is still unclear. Might brand owners be better served by a European system which maintains the principal features of the current system, but applies them to smaller groupings of territories?

On June 23 2016 the UK electorate voted to leave the European Union. Brexit – and all of the uncertainty that the prospect engenders – continues to dominate UK political discourse. Similarly, within the UK trademark profession, there is talk of little else. While the preoccupation is understandable, in terms of trademarks there is a certain paradox in the level of commentary that has ensued: a lot has been written when, frankly, there is little to say. There will be no immediate change in terms of trademark and brand protection. EU trademarks will continue to be valid in the United Kingdom (at least) until the effective date of the United Kingdom’s exit from the European Union. Until then, it is business as usual.

What if Brexit actually presents an opportunity to put European trademark law under the microscope and, in the wake of the political changes, look to transform the entire regime to a model that better serves the interests of brand owners across the whole region? The general assumption appears to be that the trademark system of protection should map political unions, but is that in fact limiting and sub-optimal as far as modern Europe is concerned? Perhaps now is the time to seize the initiative and consider what systems would really be beneficial to brand owners, rather than leave the trademark system to be considered as a legislative afterthought.

The EU trademark system has undoubtedly been a major success. For brand owners with an interest in more than one or two EU member states, it has become the primary means by which to protect trademarks in the European Union. The attractions of low-cost, unitary protection, simplified and unified enforcement (in certain circumstances) across the majority of territories in the internal market and the ability to support the validity of trademark rights on the basis of use which does not extend throughout the European Union are still as useful and appealing as they ever were. However, the expansion of the European Union has arguably brought the pitfalls of some of these principles more sharply into focus.

For example, the unitary nature of EU trademarks means that protection must be refused if a mark lacks distinctive character or conflicts with an earlier national right in just one of the 28 EU member states. There is no provision for a restricted EU trademark right, whereby protection is obtained but is enforceable only in territories in which the mark is distinctive and there is no conflict. Given the linguistic and cultural diversity within the European Union (which in most contexts is to be celebrated), brand owners are vulnerable to the refusal of cost-effective protection on the basis that their marks are not distinctive or available in territories where they have no trading interest – a significant downside for those that focus on particular linguistic, cultural or economic markets, or prefer to vary the branding of a particular product between specific markets, as the degree of a mark’s distinctive character can vary widely between territories. (By the same token, there is no option to demonstrate acquired distinctiveness on a piecemeal basis, so a mark cannot be registered until the requisite acquired distinctiveness through use has been demonstrated in all territories where the inherent objection applies.)

Further, determining the territories in which an inherent objection applies is not always straightforward. For example, an objection based on lack of distinctive character in a particular language could apply more broadly than just in the states in which that language is an official language if the relevant consumers are deemed to be a specialised or professional public likely to have a good command of the language in question or if the words at issue are judged to be within the general knowledge of a broader section of average consumers. Again, the territories in which it is then necessary to demonstrate distinctiveness will not necessarily correlate neatly with the specific economic markets of primary interest to the brand holder.

Similarly, in terms of enforcement, the EU trademark system makes it possible for brand owners to obtain injunctions on a pan-EU scale – if the action is brought in the home jurisdiction of either the defendant or the claimant or in Spain (the seat of the EU Intellectual Property Office) – even if the claimant has a trading interest in only part of the European Union. While desirable for the claimant, this far exceeds the level of relief that would be available if the claim were based on national rights. 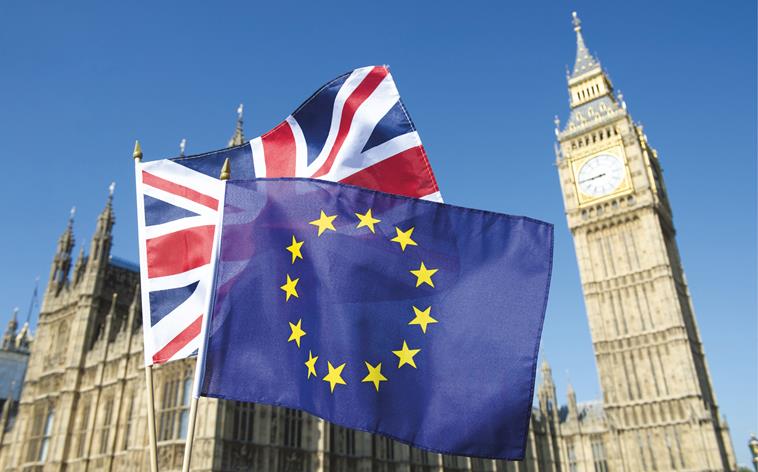 What if Brexit actually presents an opportunity to put European trademark law under the microscope and transform the entire regime to a model that better serves the interests of brand owners?

All of this begs the question of whether brand owners might be better served by a European trademark system that maintains the principal features of the current EU trademark system, but applies them to smaller groupings of territories. Those groupings could be organised to reflect the commercial realities of brand owners as well as the cultural and legal approaches of the countries in question (the two often go hand in hand).

Might brand owners find significant benefit in, for example, a Scandinavian trademark with unitary effect across Norway, Finland, Sweden and Denmark; or a Western European version covering the United Kingdom, Germany, France, Spain, Benelux and Italy; or an Eastern European trademark? Smaller groupings of countries would undoubtedly mitigate the problematic consequences of a unitary right which have become more significant in bigger unions. Arguably, refusal of protection because of an issue in one territory feels proportionate when the group totals a mere four to six countries. Wide enforcement across territories which are closely linked economically seems sensible, while maintaining a right on the basis of use in one or two territories does not seem unreasonable when the right does not extend too much further. Such a system would also force brand owners to engage a little more closely with the reality of where they really need protection, thereby reducing the problem of cluttered registers.

Many may disagree with this approach and it certainly would not be easy to achieve. However, the apparent success of the Benelux system encourages the view that such an approach could be feasible. Certainly, it is questionable whether, in the current political climate, we should stick to existing trademark systems that are mapped according to the current geopolitical landscape. In terms of trademarks, Brexit is generally not good news for the United Kingdom or for the EU trademark system; but perhaps something positive can come of it if we grasp this as an opportunity to consider whether we can improve our systems to better serve the interests of those for whom they exist.