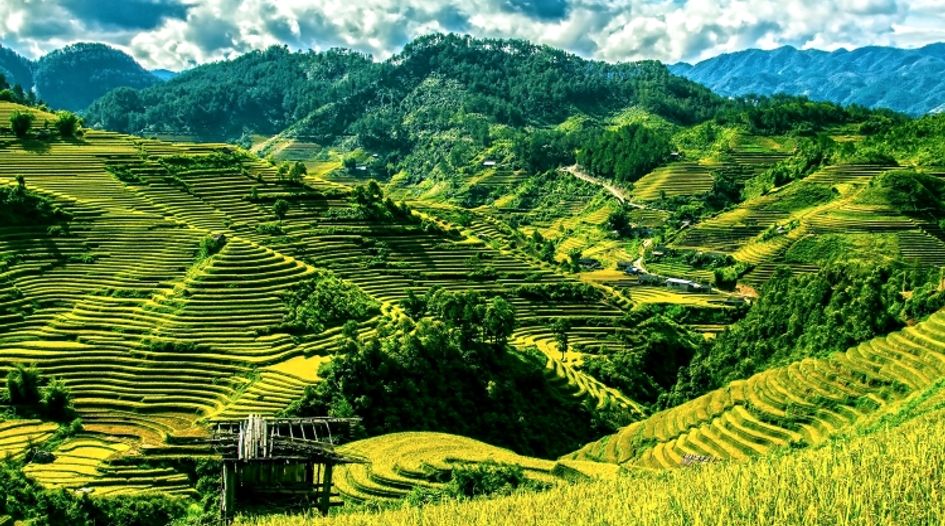 Every Tuesday and Friday, WTR presents a round-up of news, developments and insights from across the trademark sphere. In our latest edition, we look at a Japanese delegation visiting the French IPO, the Austrian Patent Office introducing animated marks, the click ticking as the US government threatens to disrupt IP systems, Rihanna taking her father to court in a trademark dispute, and much more. Coverage this time from Trevor Little (TL), Adam Houldsworth (AH), Bridget Diakun (BD) and Tim Lince (TJL).

Vietnam looks to bolster GIs – A feature on Vietnam.net has highlighted the importance of geographical indications to the Vietnamese, and global, economy. The country, as of July last year, boasted 62 national and 6 international certified GIs at the IP office, with the report arguing that GIs are a key factor contributing to the sustainable growth of the Vietnamese produce market. However, it notes that more needs to be done to promote GI protection, with "no close cooperation among related agencies to form clear directions and...  integrate various resources and to assign supporting tasks". However, the government does seem aware of the need to better co-ordinate its efforts around GI protection and promotion, so expect a GIs push in the country as the authorities seek to increase the value of domestic products and propel these onto the world stage. (TL)

The clock is ticking as US government shutdown threatens to disrupt IP system – As reported by WTR’s sister publication IAM, the partial shutdown of the US federal government – now in its 28th day – has raised the possibility that the country’s IP system could face significant disruption, particularly if the political gridlock lasts for much longer. Resulting from the failure of Congress and the White House top reach an agreement on spending plans for the next fiscal year, the shutdown has forced several government departments to operate on a reduced budget. The US courts and USPTO have both required to depend on reserves of recent user fees, which has forced the courts, if not yet the IP office, to operate on a limited budget. The Administrative Office of the US Courts has estimated that it will be able to sustain paid operations until 25th January, after which it will only carry out “mission-critical” functions, which may lead to some disruption of civil cases. The USPTO has announced that it has roughly five weeks’ fee-payer funding left, with the prospect of ceasing patent examinations if the logjam has not been broken by that point. (AH)

New technique pioneered to identify geographical origin of rice – Chinese researchers have created a innovative method of testing the geographic source of rice, Securing Industry has reported. Publishing their findings in a Food Control journal article, the authors, who work at the China National Rice Research Institute, say that the technique is intended to combat the deliberate mislabelling and adulteration of rice that is commonplace in the country, posing threats to public health and consumer rights. Testing the method on 15 samples of rice being sold in shops, they found that 40% of the rice was not produced in the regions of China and Southeast Asia indicated on the packaging. The technique uses mass spectrometry to detect isotopes and trace elements in rice, and by doing so allows the product to be traced back to specific regions, including those regarded as producing high quality rice (Thailand, Malaysia, the Yangtze River corridor and Northeast China).(AH)

Rihanna takes father to court over Fenty trademark – Singer Rihanna has filed a lawsuit against her father who has used the “Fenty” mark for his entertainment company, as reported by Forbes. Fenty is the name of Rihanna’s blockbuster beauty line which she started in 2012. She claims that her father, Ronald Fenty, is using her mark to mislead people into thinking there is a connection with her cosmetics business. Rihanna alleges that her father misrepresents himself and his business partner as her representatives to solicit money, even though there is no affiliation. She is hoping for an injunction to be placed and is also requesting damages. This case is similar to the Gucci v Gucci Shops, Inc. lawsuit, wherein Paolo Gucci had attempted to establish his own label, outside of the designer clothing business, by filing a request to use the Gucci name on designing products with the promise that it would not infringe on the Gucci brand. In the end he was given permission to use Gucci only as part of his full name, Paulo Gucci, along with the requirement of a disclaimer which mentioned he had no affiliation with the clothing brand. It remains to be seen how this will play our for Ronald Fenty. (BD)

Japanese delegation visits French IPO – The Intellectual Property of France (INPI) has welcomed a delegation from Japan, including Shohei Yoshinaga, who leads the promotion of IP and SMEs at the Japan Patent Office (JPO). One of the key focuses of the meeting was on working together to fight counterfeiting, according to a blog from the INPI. (TJL)

Chinese trademark office talks up trademark achievements – In a post from China’s National Intellectual Property Administration (CNIPA), the registry talked about its notable achievements in intellectual property in 2018. In all, 5.007 million trademarks were registered trademarks in China across 2018, with a total of 18.048 registered marks now being valid in China. When it comes to international trademarks filed using the Madrid system, there are 31,000 in total – a growth of 23.5% year-on-year. Most notable of all, perhaps, is that the average pendency time for trademark registration is now below six months for the first time. In terms of geographical indications, 67 GIs were protected in 2018, seeing the total rise to 961 registered GIs in China at the end of 2018. “According to experts, in 2018, key indicators of IP in China made steady progress, confidence in China's IP protection from abroad were constantly strengthened and comprehensive strength of IP were reaching a new stage,” concluded the CNIPA in its post. (TJL)

Ethiopian IPO launches online filing system – According to a recent post from the Ethiopian IP Office (EIPO), the registry has launched – in collaboration with the World IP Organisation (WIPO) – an online trademark filing system. While the system is currently online function in the EIPO’s branch offices, it is due to be available to all users by the end of 2019. According to the EIPO’s director general, Ermias Yemanebrhan: “The baseline advantage of using online trademark filing system is changing the culture of doing businesses, not relying on paper work which leads to slow and inefficient service providing. Thus, the system enables the office to provide speedy and efficient service and can double the 2,500 trademark applications we receive per annum.” (TJL)

Austrian IPO promoted introduction of animated marks – According to a new post from the Austrian Patent Office, the registry now allows the registered trademark protection of animated logos. "The full digitization of the trademark application is a next building block for eGovernment in Austria in an important area - when it comes to the intellectual property of our companies,” commented Austrian federal minister Norbert Hofer. “Now, brand protection at home and abroad is not only becoming easier, but also more diverse, because with the introduction of the new multimedia and movement brands, creativity knows no bounds.” As well as that, the office is offering a €20 saving per registration for that that filing online. (TJL)

Estonia to host trademark seminar – The Estonian Patent Office (Patendiamet) is to host a free seminar, entitled “Selection and Protection of Trademarks”, on February 7. According to the registry, “the seminar will give you an overview of the most important principles in choosing a trademark, how to register trademarks in Estonia and abroad, and what attention should be paid to ensuring that no one infringes your rights later”. Representatives from companies, students and anyone else is invited to attend the seminar – anyone interested can register here. (TJL)

Brand owners should consider ITC, not just patentees – Although people tend to associate Section 337 International Trade Commission (ITC) hearings with patent infringement disputes, they should not be overlooked as a means of enforcing brand rights, argue Tracy Stitt and Mallory McKenzie of Jones Day in this recent blog. Such proceedings, which involve trial proceedings before administrative judges, offer the possibility of remedy through exclusion orders preventing the import of infringing goods into the United States. Though the majority of Section 337 cases related to patent disputes, the authors note, there are examples of brand and copyright owners enjoying success at the commission. (AH)

Barrett McNagny adds to its IP team – Barrett McNagny welcomes George Pappas who joins the IP team as a partner. Pappas has over thirty years of experience and formerly worked at his own IP firm. (BD)