Bross & PartnersWhile trade dress is not per se registrable, certain aspects are protectable under certain circumstances

As Vietnam’s trademark regime operates on a first-to-file basis, protection for unregistered trademarks and other commercial signs is granted in limited cases. While trade dress is not per se registrable under Vietnam’s IP laws, aspects such as shape, configuration, colour, patterns and texture are all protectable under certain circumstances. This article considers whether it is possible to defeat copycats of product get-up even if no title of protection is accorded to the trade dress.

There is no specific definition of or provisions on trade dress in Vietnamese law. Nevertheless, if neither a trademark nor an industrial design is registered for a product or sign, the owner of that product or sign can deter others from using a confusingly similar product or sign if the use of such trade dress falls within the definition of ‘unfair competition’. The term initially appeared in Decree 12/1999/ND-CP on sanctions against administrative violations in the field of industrial property and subsequently in Decree 54/2000/ND-CP on the protection of industrial property rights with regard to business secrets, geographical indications and trade names, and protection against unfair competition.

Just like actions against passing off in common-law jurisdictions, according to Article 24 of Decree 54, the use of commercial indications to mislead consumers about business subjects, business establishments, business activities, goods or services, and the appropriation and use of the investment yields of others without their permission are deemed to be acts of unfair competition.

Nevertheless, the trade dress holder must substantiate that the use of commercial indications by the alleged infringing party meets the following conditions:

However, Article 24 of Decree 54 (which was repealed on July 1 2005) was heavily criticised for being extremely ambiguous and beyond the scope of Article 10 of the Paris Convention

The Competition Law, which came into force on July 1 2005, defines ‘unfair competition’ in Section 3.4 as competitive acts by an enterprise in the course of business which are contrary to general standards of business ethics, and which cause or may cause damage to the interests of the state and/or to the legitimate rights and interests of other enterprises or of consumers.

Section 39 of the law lists trade dress related unfair competition as one of nine acts which involve misleading indications. Section 40 goes on to prohibit enterprises from using misleading indications with regard to commercial names, business slogans, business logos, packaging, geographical indications and other elements in accordance with government regulations that would mislead customers in their understanding of goods and services for competitive purposes.

Misleading indications or likelihood of confusion is the key factor in determining whether the use of unregistered trade dress contravenes Section 130. Article 11 of Circular 37/2011/TT-BKHCN of December 27 2011 was promulgated by the Ministry of Science and Technology to clarify the term ‘misleading indication’ set out in Section 130 of the IP Law. Article 11 establishes the following:

(b) Trade indications include unregistered IP subject matters such as trademark, tradename, geographical indication, and other categories namely:

(i) “Goods label” which is a handwritten or printed script, drawing or photo of words, graphics or images directly stuck, printed, attached to, cast, carved or engraved on goods or commercial packages of goods or on other materials affixed on goods or commercial packages of goods, showing fundamental and necessary information on goods to help consumers recognize, choose, consume and use these goods, manufacturers and traders advertise their goods, and functional agencies conduct inspection and control;

(ii) “Business slogan” which is a phrase appearing beside an enterprise name or a mark of an enterprise’s product to emphasize the enterprise’s business goal or principle or customers targeted by the product.

(iii) “Business logo” which is a sign, word, graphic or three-dimensional figure uniquely designed and used as an enterprise’s symbol in its business activities;

(iv) “Goods package design” which is a design or pattern of goods packages, consisting of shapes, lines, graphics, words, numbers, colors, presentation, color mix, layout or a combination of these elements to create a particular impression or feature of goods packages.

A trade dress holder must provide the following evidence of infringement:

(a) He/she has used this trade indication widely and stably and is therefore known to many consumers in Vietnam, with such evidence as information on advertisement, marketing, display and exhibition, sales, quantity of sold products, system of distribution agents, joint ventures and partners, investment scale, evaluations of state agencies and the mass media, consumer picks and other information showing the reputation of his/her associated with the trade indication in his/her business activities in Vietnam;

(b) The allegedly infringing party has been known as having used the misleading trade indication on its goods, goods packages and means of business, service or advertisement;

(c) The allegedly infringing party continues to use the misleading trade indication despite having been requested by him/her to terminate such use or to change the indication.

In Richter Gedeon Nyrt v Cong ty TNHH duoc pham Trung Nam – a 2004 lawsuit involving two Vietnamese pharmaceutical companies – the plaintiff claimed in its application to the Ho Chi Minh City People’s Court that the defendant’s use of designs, labels and decorative packaging on its POSINIGHT-branded contraceptives was confusingly similar to those on its POSTINOR-branded contraceptives and that this constituted an act of unfair competition.

At the time of hearing the case, Decree 54/2000/ND-CP was the only legal ground available to the plaintiff. According to Article 24 of the decree, two types of act are subject to its provisions on unfair competition as these relate to industrial property. The first is the use of commercial indications to create confusion and misleading impressions about business subjects, business establishments, business activities, goods or services. The second is the appropriation and use of others’ investments without their permission.

The National Office of Intellectual Property of Vietnam (NOIP), which previously granted registrations to the plaintiff for the POSTINOR mark and to the defendant for its POSINIGHT mark, confirmed to the court that POSINIGHT was not confusingly similar to POSTINOR, but that the expression of design and colour used on the POSINIGHT packaging constituted an act of unfair competition. In its first-instance judgment of March 29 2006 (275/2006/DSST) the Ho Chi Minh City People’s Court partially accepted the plaintiff’s request for damages and ordered the defendant to pay compensation in an amount equivalent to $46,969.68, to cease using the infringing packaging, and to remove from the market and destroy all infringing packaging already in circulation.

The next case involved a three-dimensional (3D) design and had an entirely different result. In 2010 Lisohaka Co, Ltd, a local scooter manufacturer which launched its Diamond Blue branded scooter, was accused by both Piaggio Vietnam Co, Ltd and Honda Vietnam Co, Ltd of infringing the industrial design of the Vespa LX branded best-selling scooter. Regardless of the similarity between the claimed design and the accused design, the Vietnam Intellectual Property Research Institute – the body established by the Ministry of Science and Technology to assess IP rights infringements – held that since Piaggio had filed no application to register the claimed design in Vietnam, its rights had not been infringed. Unfortunately, Decree 54 had been repealed by the time that the dispute was settled; thus, the prohibited act of “appropriating and using investment yields of others without their permission” set out in Article 24 was no longer in force. Following the dispute, Piaggio’s application for an industrial design patent for the Vespa LX scooter filed on December 14 2010 was rejected by NOIP due to lack of novelty.

Vietnam’s IP-related unfair competition regime has made significant advances, in particular in response to the country’s obligations as a signatory to the Paris Convention and the World Intellectual Property Organisation Agreement on Trade-Related Aspects of Intellectual Property Rights. Nevertheless, if an unregistered trade dress is found to be non-functional and to have acquired secondary meaning through use, it is strongly recommended to register it as a trademark – such as Nestlé’s shape mark RED CUP (International Registration 824804). 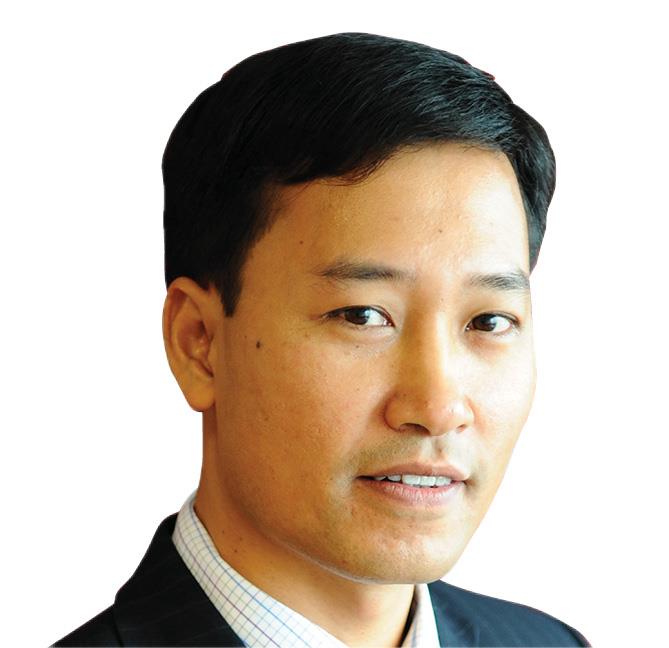 Le Quang Vinh – a qualified patent, design and trademark attorney – is a founding partner of Bross & Partners and leader of its IP practice. He has more than 14 years of intensive experience advising and representing clients across the spectrum of IP rights-related issues, particularly trademarks, designs, patents, copyright, trade secrets and domain names. His clients include corporations listed in Forbes’ ‘Asia’s 200 best under 1 billion’ list, companies in the ‘Top 500 Vietnamese Largest Private Enterprises (VNR500)’ list and a number of regional and local companies.