The European Court of Justice (ECJ) has confirmed that operators of physical marketplaces may be held liable for the sale of counterfeit and other illicit goods by market traders.

Acting on behalf of brands including Tommy Hilfiger, Lacoste and Burberry, anti-counterfeiting network REACT initiated the action against Delta Center, the tenant of a Prague marketplace which sub-lets to traders. The brand owners discovered that counterfeits were being sold on stalls on the marketplace and asked the Czech court for Delta Center to stop renting sales areas to those selling illicit goods. The Czech Supreme Court referred two questions to the ECJ:

In Case C-494/15 the ECJ concluded that the operator of a physical marketplace may be forced to stop trademark infringements committed by market traders, because it should be seen as an intermediary within the meaning of Article 11 of the EU Enforcement Directive (2004/48/EC). The ECJ stated that whether the provision of a sales point is within an online marketplace or a physical marketplace is irrelevant because the scope of the directive is not limited to e-commerce.

The ECJ further confirmed that the conditions for an injunction issued against a physical marketplace are identical to those that apply to online intermediaries, although it added that those injunctions must be “effective and dissuasive” and “must not create barriers to legitimate trade”. It also confirmed that the intermediary may be forced to proactively take measures to prevent new infringements of a similar nature.

REACT’s managing director, Ronald Brohm, said that the decision will create a precedent that should improve anti-counterfeiting operations for all brand owners, adding that he now sees “no grounds” for market operators to refuse claims when procedures are followed appropriately. He also praised the brands’ collaboration in the action, which he contends was crucial to achieve a positive outcome: “Joint actions are stronger because the involvement of more IP rights obviously increases the chances of success, costs are reduced and the successful precedents make the rights owners’ support easier, which enables us to take such initiatives more often.” As such, he revealed that REACT will seek to launch similar precedent-setting legal actions against physical marketplace operators in other jurisdictions “where needed” and “where we have good reasons to believe that the courts may support them”. 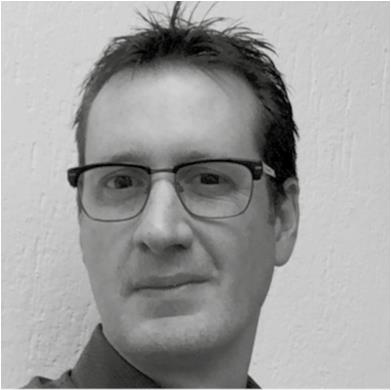 The Czech courts had rejected the liability of the landlord, which was a very bad signal that things would not change. So the ECJ decision confirming that landlords may be considered intermediaries and may be the subject of injunctions is very good news. It remains to be seen what the Czech courts and authorities in other EU jurisdictions will do with this decision. It might be the case that brand owners will have to restart actions where landlords are not taking sufficient measures to prevent repeated infringements in their premises, but they will be able to base their case on the ECJ’s decision. In this regard, it is definitely a step forward.

Vincent Stauffer, in-house legal counsel at the Federation of the Swiss Watch Industry