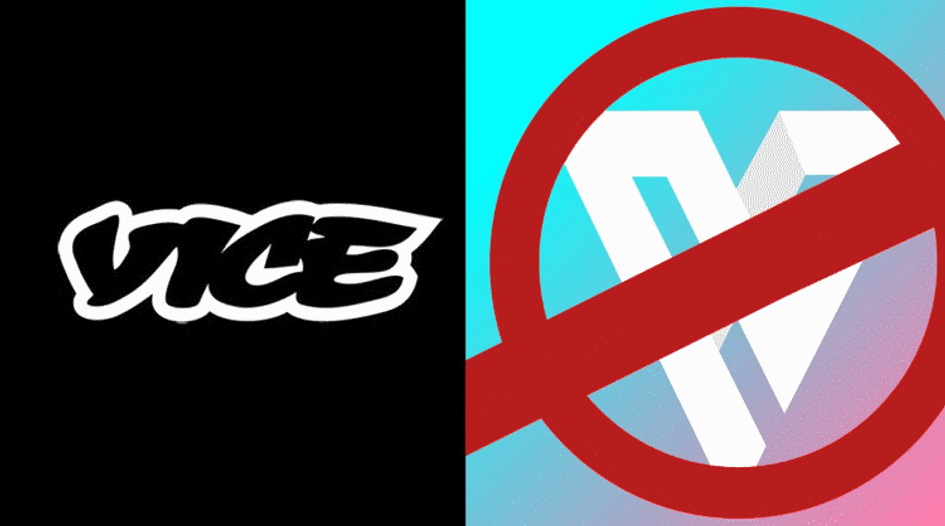 Every Tuesday and Friday, WTR presents a round-up of news, developments and insights from across the trademark sphere. In our latest edition, we look at the Mongols biker gang keeping their logo trademark, how online uses of the words ‘fake’ and ‘replica’ are rising significantly, reports of fake cancer drugs being sold around the world, and much more. Coverage this time from Trevor Little (TL), Adam Houldsworth (AH), Bridget Diakun (BD) and Tim Lince (TJL).

Macedonia to remain a Greek trademark – Despite the Prespes Agreement, which requires Macedonia to change its name to the Republic of North Macedonia, it has been revealed that Greek companies will be able to keep Macedonia as part of their trademark. The negotiated agreement did not make mention of trademarks, and thus there has been uncertainty regarding the use of ‘Macedonia’. However, Dimitris Avlonitis, the Secretary General of Commerce and Consumer Protection, has stated that trademarks will remain intact because they refer to a specific area, rather than a country. Thus, the Greek companies – which own a total of 19 registered ‘Macedonia’ trademarks – will continue to be covered by Protected Designation of Origin (PDO) and Protected Geographical Indication (PGI) status. (BD)

Use of the words “fake” and “replica” in online searches on the rise – According to a study conducted by online marketing firm, SEMrush, the number of online searches for “fake” and “replica” fashion retailers has risen by 15% between 2017 and 2018. Supreme is one of the most searched brands for counterfeits, followed by Ray-Ban. As consumers become more willing to purchase knock-offs of their favourite brands, it is more important than ever that companies ensure that effective anti-counterfeiting strategies are in place. (BD)

Fake versions of cancer drug sold around the world, says WHO – The World Health Organisation has warned that counterfeit versions of leukaemia treatment Iclusig are being sold in countries around the world, it has been reported. Following earlier discoveries of the fakes in Switzerland, Turkey and Argentina, illicit iclusig packages bearing false batch numbers has now been uncovered in Malaysia. The WHO has said that “Increased vigilance should include hospitals, clinics, health centres, wholesalers, distributors, pharmacies and any other suppliers of medical products.” (AH)

Mongols biker gang to keep trademark logo – A California judge has decided, after a decade of federal prosecutors trying to force the forfeiture of the Mongols trademarked logo, that this would be unconstitutional. District Court Judge David O. Carter nullified a jury verdict which would have allowed the government control of Mongol’s trademarks. He argued that stripping the biker gang of its trademarks would violate both the First and Eighth Amendments. (BD)

Funtime for Leun Fat Metal following court victory – Hong Kong-based toy company Luen Fat Metal and Plastic Manufactory Co has successfully brought a claim against the owners of the Trespass outdoor clothing brand, Jacobs & Turner, for trademark infringement over their range of toys bearing the logo ‘FUNTIME’ (Luen Fat Metal and Plastic Manufactory Limited v Jacobs & Turner Limited t/a Trespass [2019] EWHC 118). A press release issued by Excello Law (which represented Luen Fat Metal) noted that the Hong Kong entity had claimed that Trespass infringed a trademark it holds both in the UK and across the EU for ‘FUNTIME’, a brand under which they export toys into the UK. Trespass sought to defend the action on the grounds that their use of ‘FUNTIME’ was descriptive of the time a child would have with their own range of toys, and counterclaimed to have Luen Fat Metal’s trademark declared invalid. However, the court concluded that the mark had inherent distinctiveness and that Trespass’ use of ‘FUNTIME’ would not be regarded by the average consumer as anything other than trademark use. Ben Jenkins of Excello Law comments: “We are very pleased with the judge’s decision to reaffirm our client’s trademark. They have been in continuous use of the ‘FUNTIME’ brand for 30 years, have a number of toys that are best-sellers and it would have been a tremendous loss to their brand if Trespass had been successful in their defence.” (TL)

Banksy wins trademark infringement case against Italian exhibition – Banksy, the notorious (and anonymous) street artist, has brought an Italian company which arranged an exhibition of his artwork to court over trademark infringement – and won. There are many products which display Banksy’s work, but the artist has previously refrained from taking action. This changed at the end of 2018, when the company which authenticates his work, Pest Control, filed a suit against the company responsible for organising ‘The Art of Banksy: A Visual Protest’ for a museum in Milan. In January of this year, a court in Milan ordered the museum to stop selling merchandise which used Banksy’s art in a provisional ruling. It remains to be seen if Banksy will further step up efforts to protect his brands and trademarks, however, he may be out of luck should he choose to do so. The judge noted in court that the documents filed to support the use of the Banksy brand were extremely limited, as the logo is only used on certificates of authenticity and some frames. (BD)

Vice YouTube takedown goes viral – A trademark dispute between media giant Vice and an identically-named YouTube gaming channel has gone viral across social media. A video posted today claims that Vice Media had the gaming channel shutdown for impersonation without actually notifying the channel creator beforehand. In the video, which was published on a new channel called ‘Not Vice’, the creator admitted that his original channel was “probably in violation” of trademark law due to the identical name. However, he added that the channel being shutdown so suddenly was an unfair move. “What normally happens with trademark infringement is you are sent a cease-and-desist telling you to remove their branding or they will take you to court,” he exclaimed. “Had I been served one of these, I would have changed the name – albeit begrudgingly so. I would also have had the option to fight them in court if I so desired. But on YouTube, the systems they have in place do not always align with the law. YouTube, acting on a trademark infringement claim from Vice, removed my channel entirely without contacting me or giving me an option to change my name before deletion. The exact clause that my channel was terminated under was ‘channels dedicated to policy violation’, with that policy violation being ‘impersonation’.” The creator is clearly angry that YouTube’s system does not allow video producers the opportunity to change their name in such trademark disputes.The termination of a channel is particularly disheartening, he adds, as it deletes all of the videos – and with the large size of video files, many users will not have backups of their videos to re-upload to a different channel. For some, that could mean the sudden disappearance of content that took hundreds, possibly thousands, of hours of production time. “I’ve lost everything,” the Vice gaming channel creator concluded. On Reddit, the ‘Not Vice’ video reached the front-page, receiving over 40,000 upvotes and had over 2,000 comments from users. Most of the comments are negative, claiming that YouTube has given too much power to large corporations over smaller content creators. Time will tell whether YouTube revives the gaming channel (presumably with the stipulation that it must change its name). But nonetheless, such situations – and the inevitable backlash – is another example of how IP is often viewed negatively by internet users. When it comes to changing the perception of brand enforcement, the trademark community has an uphill struggle – and for that reason, should tread carefully, especially on YouTube, as to avoid possible PR fallout. (TJL)

Obtain high-level trademark management and brand protection insights – WTR is hosting two events, on consecutive days, in Chicago, next week. The Brand Protection Online: Strategies for Ethical Enforcement and Managing Trademark Assets USA events will deliver high-level insight and practical takeaways for those tasked with managing, protecting and monetising brands. On 5 March 2019, Brand Protection Online event will take a deep dive into practical strategies for fighting infringement on ecommerce sites, navigating the changing domain landscape and managing reputation online. Taking place at the same venue the next day, the fourth annual Managing Trademark Assets USA will again focus on the cost-effective management of international portfolios, and comes at a time when it is more important than ever for brand owners to ensure they are integrating innovative and disruptive strategies into their trademark operations. To register for Brand Protection Online (or both events) click here. To register for Managing Trademark Assets USA (or both events) click here. (TL)