The US Patent and Trademark Office’s (USPTO) Performance and Accountability Report for fiscal year 2016 (FY2016) reveals that trademark filings rose by 5.2%, while trademark registrations spiked by almost 10%.

The number of trademarks which moved forward to registration increased from 282,091 in 2015 to 309,188 in 2016 – up 9.6%. While this is an impressive rate of growth, it did not affect the USPTO’s goals for optimising trademark quality and timeliness. The average first action pendency was 3.1 months (with the target between 2.5 and 3.5 months), while the average total pendency was 9.8 months (against a target of 12). The first action compliance rate was 97.8% (with a target of 97%), while 84.8% of trademark applications were processed electronically (comfortably exceeding the 82% target). The USPTO’s trademark quality targets were also all met.

Trademark Commissioner Mary Boney Denison has previously given World Trademark Review an overview of the work areas on which the USPTO’s 800 trademark staff focused in FY2016. These include the alignment of fees with the full cost of products and services (with the introduction of a tiered fee structure for fully electronic processing) and the ongoing development of the Trademarks Next Generation (TMNG) system. Testing continues on the TMNG, which is intended to replace the legacy IT systems currently being used to conduct examinations and issue office actions; it is expected to be deployed later this year.

Further, the USPTO has continued to explore mechanisms to ensure the accuracy of the trademark database – or as Boney has described it in the past, “to address dead wood” on the register. As part of this effort, it is implementing permanent post-registration audits for affidavits of use (see feature on page 66), following a successful trial.

A new position has also been created: deputy commissioner for trademark administration, which has been filled by retired Air Force Colonel Greg Dodson. He will be responsible for completion of the TMNG electronic systems and guide strategic planning of the USPTO’s trademark function. Dodson will be supported in those endeavours by two newly created senior-level roles of IT administrator and IT legal administrator.

The USPTO is now looking ahead to life under the new administration. As Boney explained last year, this could result in a slowdown on overhauls at the USPTO. “Broadly, it will be business as usual at the USPTO until we get a new political person, which will be sometime in calendar year 2017,” she stated. “What may be different is that there may be a marked decrease in what users see in the federal register for some period because it is not a time for us to launch major initiatives until the new leadership comes in.” 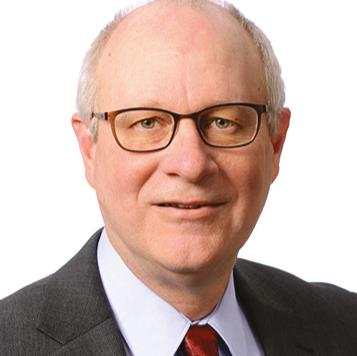 The reduction in pendency times is great. Maintaining that reduction in the face of rising application numbers will be difficult, particularly if the Trump administration is committed to reducing the number of federal government employees. It remains to be seen whether the hiring freeze implemented shortly after the inauguration indicates an intent to shrink employment. Although the USPTO is supposed to be supported by the fees it generates and should be able to hire as needed, in practice there is a strong temptation to divert funds to the detriment of USPTO operations.