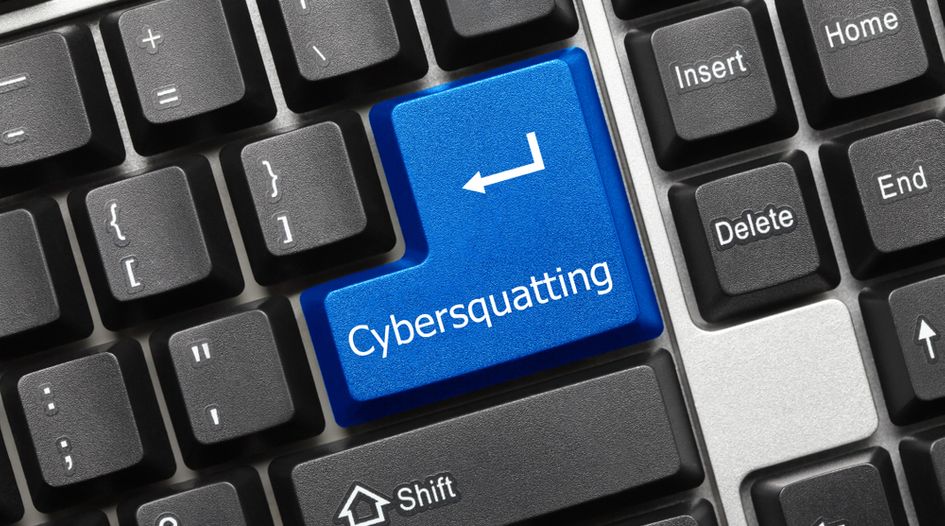 Scott Lesowitz, an attorney at Lesowitz Gebelin, explores how owners of trademarks, service marks, collective marks and certification marks the world over can use the US Anti-cybersquatting Consumer Protection Act (ACPA) to seek cancellation or transfer of infringing domain names.

Furthermore, the ACPA allows for cancellation in a broader range of scenarios than in ICANN UDRP proceedings, and a court order or judgment under the ACPA takes precedence over a contrary finding in UDRP proceedings.

Against this backdrop, Congress passed the ACPA in 1999, allowing a plaintiff to pursue the cancellation or transfer of domain names. Under the ACPA, the plaintiff may seek cancellation or transfer by proving that the defendant, with the intent to profit, registered, trafficked in or used a domain name that is identical or confusingly similar to the plaintiff’s distinctive or famous trademark (15 USC §1125(d)). The plaintiff may also pursue cancellation on the grounds of traditional trademark infringement based on a likelihood of consumer confusion or, in the case of famous marks, on the grounds of dilution. (If an action is brought against a cybersquatter, rather than a domain name, the plaintiff may also seek the monetary damages that would otherwise be available under trademark and unfair competition law.)

In a bad-faith case, as the plaintiff need only prove an ‘intent’ to profit from its trademark, it may initiate a lawsuit even if the defendant has yet to either use the domain name or offer it for sale to the plaintiff (E&J Gallo Winery v Spider Webs, 286 F3d 270, 275-276 (5th Cir 2002)).

Availability of in rem jurisdiction against a domain name

An in rem action must generally be brought in the judicial district in which the domain name registrar or registry is located (15 USC §1125(d)(2)(C)). Verisign, located in Reston, Virginia, is the registry for the ‘.com’, ‘.net’, ‘.name’, ‘.cc’, and ‘.tv’ TLDs. Therefore, in rem actions under the ACPA are typically brought in the US District Court for the Eastern District of Virginia, which is in the Fourth Circuit Court of Appeals.

The Fourth Circuit takes a broad view of the scope of the ACPA and the in rem jurisdiction provisions. The seminal court case is Harrods v Sixty Internet Domain Names (302 F3d 214 (4th Cir 2002)). In that case, Harrods, the well-known UK company, sued an Argentinian company that was once affiliated with Harrods and had certain rights to use the Harrods name in South America. The Argentinian company had registered 60 domain names that included variations of ‘Harrods’ with Verisign’s predecessor. The court held that the exercise of in rem jurisdiction was proper. Harrods sold merchandise in the United States. The Argentinian company’s contacts with the United States were insufficient to allow for the exercise of personal jurisdiction over it, but the fact that the domain names were registered in the United States was sufficient for the exercise of in rem jurisdiction under the Fifth Amendment (Id at 224-25).

It is worth noting that, while the plaintiff may not seek monetary damages in an in rem ACPA action, it may seek attorneys’ fees on the grounds that the defendant’s conduct was “willful, deliberate, and in bad faith” (Agri-Supply Company v Agrisupply.com, 457 F Supp 2d 660 (ED Va 2006)).

Of course, ICANN has its own system for cancellation or transfer of a domain name under its UDRP that generally will be cheaper and quicker than court proceedings under the ACPA. However, ACPA actions can have several advantages. The Fourth Circuit under Harrods allows for cancellation and transfer in the case of infringement or dilution even if the plaintiff cannot prove bad faith on the part of the defendant. By contrast, bad faith must be found in UDRP proceedings. Furthermore, court orders and judgments take precedence over rulings in UDRP proceedings. The Fourth Circuit has gone as far as holding that it will not even give deference to the ruling in a UDRP proceeding (Barcelona.com v Excelentisimo Ayuntamiento De Barcelona, 330 F3d 617 (4th Cir 2003)).