ThoCon AG filed an application for the registration of the Swiss trademark ARCTIC VELVET for, among other things, beverages in Classes 32 and 33 of the Nice Classification. ILLVA Saronno SpA filed an opposition against the trademark based on the earlier international figurative trademark ARTIC, which is registered in Switzerland for beverages (Classes 32 and 33). 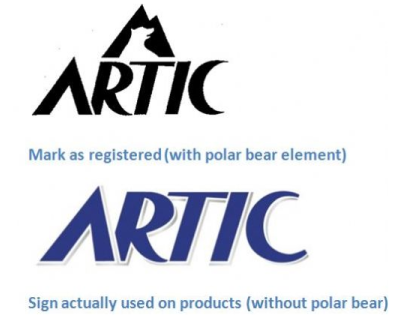 The trademark had been used in Switzerland for spirits (vodka) in a slightly different graphic form (ie, without the graphic element of the polar bear). The Federal Institute of Intellectual Property held that use of the mark in that form did not amount to genuine use of the registered mark and dismissed the opposition.

On appeal, the Federal Administrative Court confirmed that the earlier trademark had been used only in a form that was significantly different from the mark as registered, leading to the conclusion that the registered mark had not been put to genuine use and was unenforceable (Decision B-3056/2012, June 4 2014).

In particular, the court considered that the term 'artic' was weakly distinctive for the goods in question. While 'artic' is not identical to the Italian word 'artico' (which means 'arctic'), Italian-speaking consumers would still associate the term 'artic' with the meaning of 'ice cold' or 'North Pole' when seeing it used in connection with (alcoholic) beverages, and 'ice cold' was descriptive of the way in which beverages, such as vodka, are best served. Such interpretation in only one of the languages spoken in Switzerland was sufficient to weaken the distinctive character of the trademark. Additionally, German and French-speaking customers in Switzerland might understand the allusion to 'cold', which was reinforced by the stylised polar bear.

Arguably, the decision is worrisome. Firstly, the reasoning that 'arctic' is weak for (alcoholic) beverages is strained. Nobody would think, when seeing the word 'arctic' on a bottle of vodka, that it describes how to serve it (serving instructions are printed in small letters and usually read "Best served ice cold"). Secondly, the missing graphic element hardly leads to a different overall impression, given that the script is clearly the same. The registered mark is easily recognisable in the sign as used. Lastly, the result of this decision is that a party unconnected to the trademark owner can (potentially) market vodka under the mark ARCTIC VELVET in Switzerland, which clearly leads to a risk of confusion with the earlier mark ARTIC. Trademark law was designed to prevent exactly this type of situation.