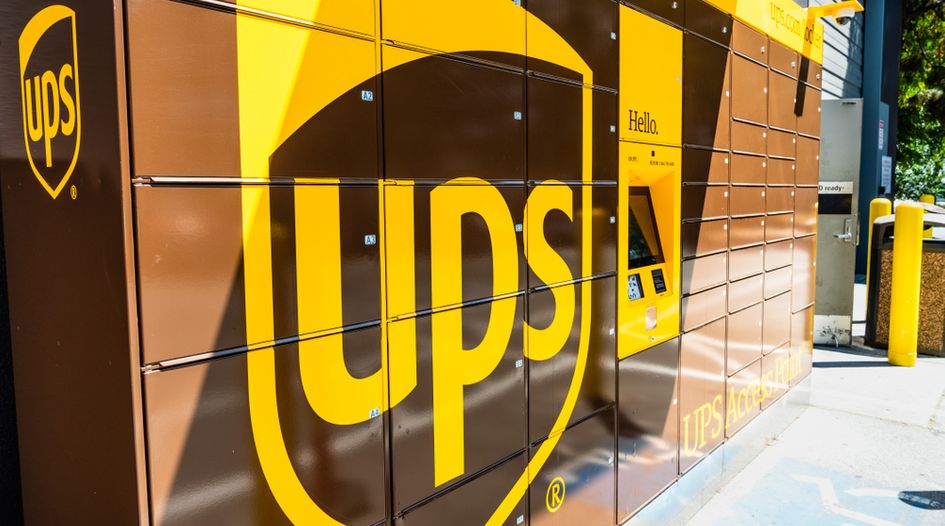 Squire Patton Boggs received the 2022 Law Firm Diversity Award from United Parcel Services (UPS) this week. While corporate programmes that target working with diverse suppliers have faced a number of challenges this year, the award is another example of the positive momentum behind efforts to foster a more diverse legal industry.

Presented by the UPS Legal Diversity Committee and its legal leadership team, UPS’s scheme recognises law firms for their commitment to increasing diversity within the profession and for meeting UPS’s outside counsel diversity goals.

“At UPS we view our law firms as an extension of us and in that respect it is important that the firms we choose to partner with walk and talk the same values that we think are important,” said Norman M Brothers Jr, chief legal and compliance officer at the organisation. “Squire Patton Boggs has exemplified a steadfast commitment to maintaining a strong culture of diversity, equity and inclusion, which has led to material results. We commend everyone at the firm for its leadership in this important area.”

UPS is not the first company to create such a scheme. More and more corporates are accompanying their own internal diversity drives with high-profile programmes that encourage their suppliers and commercial partners to focus on hiring talent from a more diverse pool.

In 2019, Intel outlined its plans to work only with law firms that are “above average in terms of diversity”. That same year, Facebook selected Kilpatrick Townsend & Stockton as the inaugural recipient of its Law Firm Diversity Champion Award. The company’s selection process involved gathering diversity data from 40 of its largest spend law firms and then ranking them based on the results. Facebook and Kilpatrick have since continued to work together in a bid to facilitate faster change towards diversity and inclusion in the legal sector.

Last year Accenture also launched a scheme to honour its legal service providers for their efforts to create a culture of equality in their workplaces and communities. These efforts are “a key aspect of how Accenture chooses its legal partners”, the company said. Earlier this year, it announced the 2022 winners of its Outside Counsel Diversity Award. Five firms were recognised: Baker McKenzie, Allen & Overy, McDermott Will & Emery, Osler, Hoskin & Harcourt and Lewis Silkin. Julie Sweet, chair and CEO of Accenture, explained: “We work with legal partners that share our belief in the power of diversity – it is critical for innovation, attracts the best people and makes us smarter. We are honored to recognize these five outstanding firms, whose strong commitment to inclusion, diversity and equity makes their work – and ours – the best it can be.”

However, efforts to foster increased diversity through such programmes have not been without challenges. A number of organisations have come under fire for their law firm diversity requirements over the past two years.

In February 2021 Coca-Cola publicly detailed the diversity, inclusion and belonging commitments that it would demand of law firms in its external network. Two months later those plans were paused, before being shelved in April 2022.

One challenge that the policy faced came in the form of a missive from the American Civil Rights (ACR) Project on behalf of Coca-Cola investors. The letter demanded a retraction of the policy on the basis that it allegedly constituted illegal race discrimination barred by Section 1981, Title 42 of the US Code and other anti-discrimination laws. The ACR also sent similar messages around affirmative action schemes to McDonald’s, Novartis and Starbucks.

The dispute with Starbucks has since continued. In July the company stated that it had “determined that it is not in the best interest of Starbucks to accept the demand [from the ACR] and retract the policies”. The ACR has subsequently initiated legal action to challenge a number of Starbucks policies, including what it regards as those that “discriminate in its contracting” with suppliers.

The US multinational has not commented on the lawsuit. but was clearly keen to push ahead.

While McDonald’s also caught the ire of ACR, it too has pushed on with programmes it previously announced. In 2020, for example, the McDonald’s global legal department announced the inaugural winners of its EMPOWER Award. The award is designed to recognise McDonald’s legal service suppliers that actively demonstrate the role that diversity, equity and inclusion (DEI) play in their organisations. The selection criteria includes the staffing of McDonald’s matters with diverse attorneys and a demonstration “of an innovative and genuine commitment to the recruitment, hiring, retention, succession planning and promotion of diverse talent”.

In August 2022 the company announced this year’s winners in its inaugural Diversity, Equity and Inclusion Report. (Riley Safer Holmes & Cancila and Bryan Cave Leighton Paisner were both celebrated for their commitment to DEI.

While some companies are facing resistance, there is clear momentum behind the creation of corporate programmes that seek to encourage diverse workplaces outside the business’s own four walls. And that momentum will only build, creating a ‘win-win’ for law firms and clients alike. Challenges to diversity programmes often grab headlines, but light must also be shed on success stories and best practice.

WTR is calling on trademark professionals from every industry to find out what more can be done to support diversity and inclusion in the workplace and wider community. Complete our short survey to have your say.