Companies should use social media to promote their products, services and brands. However, when those efforts include posting about celebrities in particular, the key is to proceed with caution

A retail chain learns that a photograph of a celebrity holding its shopping bags is doing the rounds on Twitter. Should it celebrate the free advertising? Absolutely. Retweet the photograph on the company’s Twitter feed? Think again. Social media offers creative ways for businesses to market around the world, but with such opportunities comes exposure to right of publicity lawsuits in unanticipated jurisdictions.

There is no unified federal right of publicity law in the United States. Rather, there is a patchwork of state laws, with about half of the states offering some protection for a person’s name, image or likeness from being used for advertising or promotional purposes without authorisation. Celebrities in particular are sensitive to protecting their publicity rights, which they often license through endorsement deals. Below are some key issues to consider when determining the risks of using unauthorised celebrity – and non-celebrity – names and images in social media marketing.

Leave celebrity gossip for the Twittersphere

In March 2014 actress Katherine Heigl was photographed by paparazzi leaving Duane Reade, a New York convenience store, with bags in hand. Duane Reade tweeted the photo, with the message: “Love a quick #DuaneReade run? Even @KatieHeigl can’t resist shopping #NYC’s favorite drugstore.” The actress was not amused, filing suit in April 2014 in New York federal court alleging violation of New York’s right of publicity statute. She sought $6 million in compensatory damages, alleging that the tweet suggested that she was promoting the retailer. Within weeks, Duane Reade settled, removing the disputed tweet and paying an undisclosed sum to Heigl’s charity.

Some observers might argue that Duane Reade’s tweet was merely factual and did not contain the commercial use necessary to create liability. For example, New York’s right of publicity statute, Sections 50 and 51 of the Civil Rights Act, requires a showing that the unauthorised use was for advertising or trade purposes. Similarly, California’s right of publicity statute, Civil Code Section 3344, prohibits name or likeness appropriation for advertising or soliciting the purchase of products or services; while one California court has held that common law publicity rights extend to use for the defendant’s advantage, commercial or otherwise (Eastwood v Super Ct, 149 Cal App 3d 409, 417 (1983)). However, what qualifies as commercial use can be broad. In a recent case involving rapper 50 Cent’s internet posting of a sexually explicit videotape, one New York court held that posting such content with the intent to increase web traffic to affiliated websites could satisfy the ‘trade purpose’ requirement (Leviston v Jackson, 980 NYS2d 716, 721 (2013)). Social media platforms certainly allow businesses to engage with consumers informally, but this informality does not mean that messages on these platforms will be treated as less commercial than traditional advertising.

Nor do efforts to obtain an image licence always cover publicity rights. Burberry Group’s May 2012 lawsuit with the estate of Humphrey Bogart illustrates the point. Burberry’s staff wisely licensed use of a still image of Bogart wearing a Burberry trenchcoat from the film Casablanca before posting the image on its social media as part of a company historical timeline. While that licence protected Burberry from copyright liability with regard to the studio which owned Casablanca, it did not protect Burberry from being challenged by Bogart’s estate for use of his image for promotional purposes.

In response, Burberry filed a pre-emptive suit, alleging First Amendment protection for its use of Bogart’s name and image. While we cannot know whether Burberry’s defences might have prevailed (the lawsuit promptly settled), the line between non-commercial or expressive speech, which enjoys heightened First Amendment protection in the United States, and commercial speech, which enjoys lesser protection, is not always obvious. A recent decision of the Seventh Circuit Court of Appeals in a non-social media context is illustrative. The case involved a full-page tribute to basketball star Michael Jordan in Sports Illustrated magazine, placed by Chicago grocery chain Jewel Food when Jordan was inducted into the National Basketball Association Hall of Fame. Although the chain did not mention a specific product or overtly encourage anyone to patronise its stores, the court held that the use of the Jewel Food logo and slogan in the advertisement was “plainly aimed at fostering goodwill for the Jewel brand” and implicitly encouraged readers to patronise their local stores, and was thus commercial speech (Jordan v Jewel Food Stores, Inc, 743 F 3d 509, 518-19 (7th Cir 2014)).

Individual users of social media are free to post comments and photographs about celebrities without reprisal. However, when a business does the same thing – connecting a celebrity or even an ordinary customer with its products, services or brand name – there is a significantly greater risk that this usage will be deemed commercial and trigger liability if used without consent.

Beretta’s case highlights two key issues. First, publicity rights may protect more than just the photograph or name of a person, and can extend to an imitated likeness or voice. Second, rights of publicity can live on in the estate of a deceased person.

The exact scope of publicity rights varies among different states. New York protects a person’s right to his or her name, portrait, picture or voice. Thus, Katherine Heigl sued not only for the use of her image, but also for the use of her name, in Duane Reade’s tweet. Going further, New York law can also be violated by the use of impersonators (see Onassis v Christian-Dior-New York, Inc, 472 NYS2d 254, 261 (1984) – “No one is free to trade on another’s name or appearance and claim immunity because what he is using is similar to but not identical with the original”). California’s right of publicity statute protects against the unauthorised use of a person’s name, voice, signature, photograph or visual likeness. California’s common law right of publicity has been held to extend to imitation of a famous voice (Bette Midler) or a robot imitator of a celebrity game show hostess (Vanna White) (Midler v Ford Motor Co, 849 F 2d 460, 463 (9th Cir 1988); White v Samsung Electronics Am, 971 F 2d 1395, 1399 (9th Cir 1992)). Tennessee (home of Beretta) protects the unauthorised use of a person’s name, image or likeness (TCA §47-25-1103), which one federal court has concluded can extent to the use of impersonators in an adverting context (Apple Corps Lts v ADR, Inc 843 F Supp 342, 349 (MD Tenn 1993)).

When dealing with post-mortem rights, there is an equally sporadic patchwork of laws. In states where there is a right of publicity, the majority extend those rights post-mortem. However, not all such states have clear law regarding the length of time, for while rights endure (Hebrew Univ of Jerusalem v GM LLC, 903 F Supp 2d 932, 939-40 (CD Cal 2013), summarising post-mortem publicity rights). While New York does not recognise rights of publicity that endure after death, California’s statutory right of publicity extends 70 years after death (Cal Civ Code §3344.1(g)). That is what allowed Humphrey Bogart’s estate to have a claim against Burberry in 2012, even though Bogart died in 1954. In contrast, Tennessee has an indefinite right of publicity as long as the deceased individual’s image continues to be commercially exploited for at least two years (TCA §47-25-1104). In many jurisdictions, the length of post-mortem publicity rights is undefined until there is a judicial challenge, as exemplified by a California federal court’s decision determining that New Jersey’s right of publicity endures 50 years after death (Hebrew Univ, 903 F Supp 2d at 942).

Non-celebrity image use poses its own risks

Right of publicity claims typically involve celebrities – they have the resources to sue and an easier time establishing quantifiable damages. However, even ordinary consumers can assert publicity rights.

In a case pre-dating widespread use of social media, clothing retailer Abercrombie & Fitch used a 1965 photograph of several Hawaiian surfers in a printed catalogue over 30 years after the photograph was taken. The surfers sought over $5 million in damages (Downing v Abercrombie & Fitch, 265 F 3d 994 (9th Cir 2001)). The monetary exposure can grow exponentially if there is a class action. In 2011 social media users brought a right of publicity class action lawsuit against Facebook, claiming that Facebook users who ‘liked’ services were then shown in sponsored advertising to their friends, improperly using their names and images in advertising without their consent or, in the case of minors, the consent of an adult (Fraley v Facebook, Inc, 830 F Supp 2d 785 (ND Cal 2011)). Facebook ultimately resolved that case with a $20 million class settlement, including $5 million in attorneys’ fees. While not every company faces such a risk, Facebook demonstrates how use of multiple users’ names and pictures through social media can rapidly expand monetary risk.

Social media marketing is here to stay and companies should use it to promote their products, services and brands. However, when those efforts include posting about celebrities in particular, the key lesson is to proceed with caution. Avoid posts about a celebrity’s use of the company’s product or service, unless permission has been obtained from the celebrity. Even with ordinary consumers, obtain permission when possible – such as through acceptance of clear online-posted terms and conditions granting consumer consent – before using consumer pictures or names. While marketing executives often want to proceed more aggressively, taking such approaches will help companies be social, but safe. 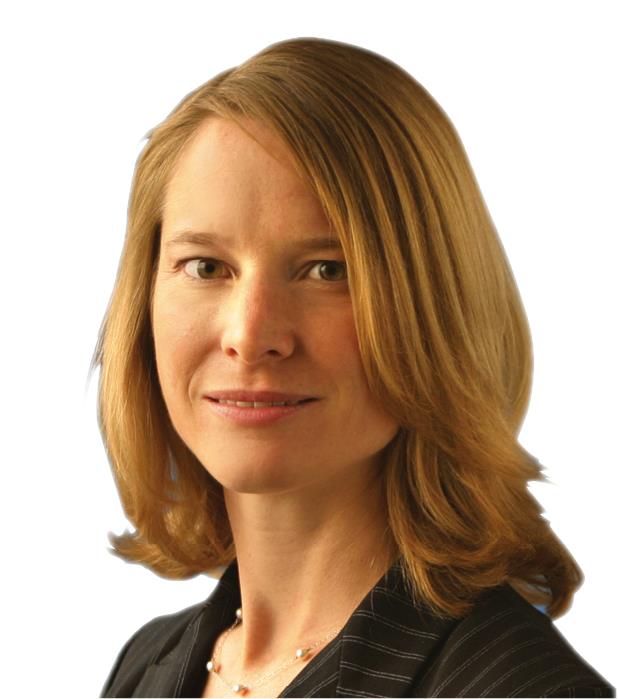 Carla McCauley is a partner in Davis Wright Tremaine’s Los Angeles office. Ms McCauley focuses on media and IP law, including a range of litigation and appeals involving trademark, copyright and trade secret infringement, false advertising, unfair competition and commercial email. She also provides business advice to clients on a range of IP and media/production matters. 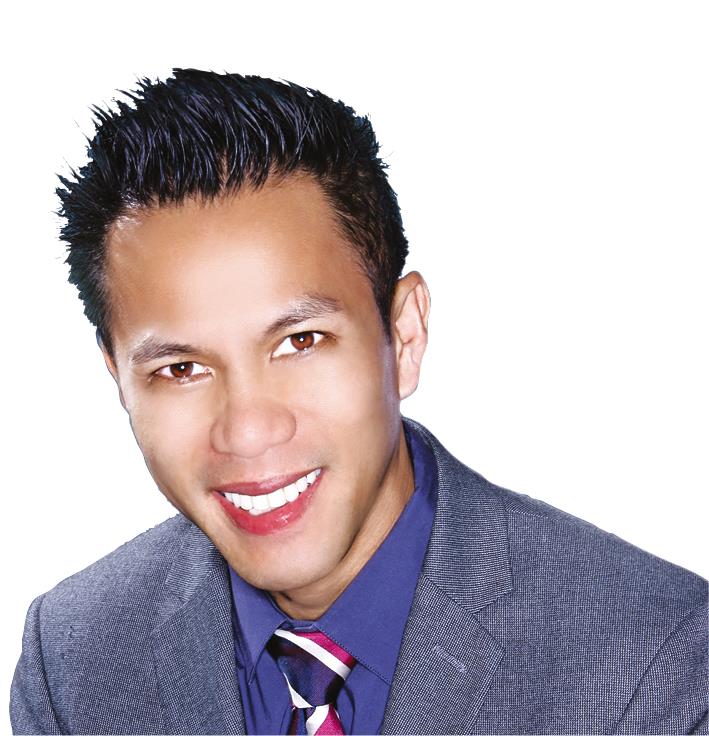 Jimmy Nguyen is a partner in Davis Wright Tremaine LLP’s Los Angeles office. His 360-degree practice spans litigation, transactions and counselling involving IP, digital media, entertainment, advertising and privacy issues. He has been named one of the “500 Leading Lawyers in America” by Lawdragon (2008) and the Century City Bar Association’s IP Lawyer of the Year (2011).