United States: The importance of registration in a global economy

An email from a trademark squatter in Asia demanding $50,000 for the assignment of a foreign registration of your client’s trademark arrives while you are on the phone with an angry marketing department. The topic of discussion is the premature disclosure of a brand launch scheduled for the next week. As you attempt to calm marketing, you know that the launch will have to be cancelled if no resolution can be reached with the squatter because the branded product has been seized at the border of the Asian country where it is manufactured. It is going to be a long day.

Although these facts may sound too terrible to be true, they are based on actual events and illustrate the harsh truth that companies which focus solely on domestic filings may suffer severe consequences if their marks are stolen in countries where products are manufactured or shipped pursuant to online sales. In addition, companies that file only domestically may miss opportunities to take advantage of trademark laws in other jurisdictions that can provide broad protection and benefits, extending into the domestic market.

Trademark owners should register their marks in the following jurisdictions:

If budget permits, trademark owners should also register their marks in any jurisdiction in which they would not want a third party to use them. When considering budgetary parameters, a good question for a trademark owner to ask is whether it would be willing to engage in litigation if its mark were being used by another party in a foreign jurisdiction. If the answer is maybe, then the cost of registration can be viewed as relatively inexpensive insurance that either prevents an infringement from occurring in the first place or bolsters litigation in that country if this becomes necessary.

A registration granted to a trademark thief will not only prevent the use of the mark by the rightful owner, but may also prevent the export of any product bearing the mark from that country. Registrations recorded with Customs may not only cause the seizure of authentic goods, resulting in delayed delivery, but also result in the destruction of the goods or the payment of an extorted amount to the trademark thief. The worst-case scenarios involve manufacturers which register the trademarks of their customers and, after termination of a manufacturing contract, continue to produce or sell goods bearing the mark. Manufacturing contracts must be carefully drafted to address this possibility. However, contractual protections must be supported with registrations necessary to ensure that the mark is not wrongfully used in the country.

Apple Inc ran head-first into this issue with the release of its iPad 2. Although Apple believed that it had successfully purchased the rights in the IPAD trademark from the Shanghai parent of the manufacturing company, the Chinese courts determined that the rights were owned by Proview Technology (Shenzhen) Co, a Chinese wholly owned subsidiary. Once the Chinese court had ruled in the subsidiary’s favour, Proview sought to prevent all exports of iPads from China and the Chinese authorities began seizing iPads from retailers. Apple ultimately settled the matter by paying $60 million. This settlement sent a clear warning to trademark owners around the world and a clear message to trademark squatters that theft can produce huge profits for the squatter.

The introduction of a new brand is an opportunity to raise awareness and generate hype – often at a level that cannot be repeated once the brand becomes recognised by consumers. Ensuring the secrecy of a proposed new brand can therefore be critical to its success and acceptance. Launch plans must include careful consideration of the timing of the filing of new applications to ensure that rights in the new mark are secured without the new brand or logo being disclosed prematurely. Most significant trademark jurisdictions provide online access to searchable databases, which can immediately alert competitors, news agencies and others about new trademark applications. Indeed, it is not uncommon for companies to have monitoring services that alert them to competitors’ trademark filings. Savvy trademark owners can secure a priority date prior to the launch of a new mark by timing the filing in order to manage the timing of the disclosure of the new mark to competitors.

Nearly all significant jurisdictions are members of the Paris Convention, which allows a claim of priority from the date of filing of an initial application for up to six months. This allows a trademark owner to file an initial application in a jurisdiction which does not have easily accessible records (subject to convention requirements), and then later file a subsequent application claiming priority back to the initial application. While this does not prevent the eventual disclosure of the trademark filings, it delays the chances of exposure for months to allow companies additional time to introduce the new brand on their schedule, secure in the knowledge that a similar mark will not be introduced the day before launch.

Scope of goods and services

Now more than ever, trademark owners must carefully consider not only their current use and anticipated expansion in the short term, but also their planned expansion five, 10 or even more years in the future. A brand successful in one country is likely to be copied by a third party in another; but because trademark rights are jurisdictional, such copying is not illegal unless the mark is well known under Article 6 of the Paris Convention or well known in the relevant country. A trademark owner which finds itself the owner of a strong (but not well known) mark in the United States or Europe may thus be surprised to learn that its mark has been used and/or registered in other countries. Trademark owners must also consider that registrations are susceptible to cancellation for non-use if not used within a period specified by the laws of each country, generally between three and five years. This can leave trademark owners in the difficult position of wanting to preserve their rights for expansion in the future, but open to challenge if those plans are not implemented within three to five years.

Starbucks encountered this dilemma in Russia. Anticipating eventual expansion into Russia, Starbucks registered its mark in Russia in 1997. By 2002, Starbucks had yet to open any stores in Russia and its registration was cancelled for non-use. A trademark squatter then registered the STARBUCKS mark and demanded $600,000 for the registration. Starbucks was eventually able to secure its mark and opened its first store in Russia 10 years after its first registration. While this was ultimately a success story for Starbucks, it illustrates that companies taking every appropriate action still face challenges based on the jurisdictional nature of trademark rights. For this reason, portfolios must be actively managed and maintained. 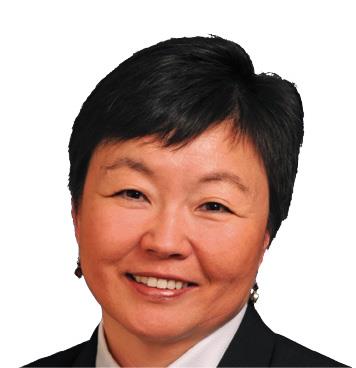 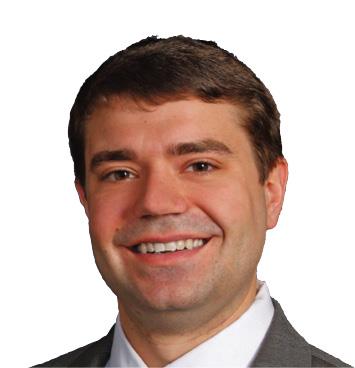 Matthew Moersfelder focuses his practice on brand protection, enforcement and licensing. His experience includes helping clients to obtain domestic and international trademarks, maintain and protect current trademarks, and assert trademark rights against infringers. Mr Moersfelder also counsels on a variety of brand-related IP issues and e-commerce matters, including online terms of use and privacy policies, domain name registration and application strategies, and prevention of unauthorised online use. His practice also includes representing clients in federal and state court, before the Trademark Trial and Appeal Board and in domain name arbitrations.