A number of key decisions need to be taken when developing an action plan for policing marks in the new gTLD space.

In 1909 Henry Ford announced that his company would build only one model of car, the Model T. He is famously quoted as saying: “Any customer can have a car painted any colour that he wants, so long as it is black.” Today, faced with the task of developing a coherent and cost-effective policy for policing marks in the new generic top-level domains (gTLDs), many rights holders may look back wistfully to the time when making a decision was so simple.

Indeed there seem to be an overwhelming number of choices to be made and factors to consider. Each decision to utilise one of the trademark rights protection mechanisms (RPMs) that are available has an upfront out-of-pocket cost (a more detailed discussion of the various RPMs can be found in Mitchell H Stabbe, “Protect Your Rights: Preparing for the Impact of New gTLDs on Domain Name Management in the United States”, World Trademark Review 37). These costs can accumulate quickly and the total amount can be considerable. However, each decision to forgo a particular RPM may risk out-of-pocket costs or damage to a mark’s goodwill in the future.

This article identifies the various decisions that rights holders need to make in developing an action plan for policing marks in the new gTLDs and offers suggestions on an overall strategy for any budget.

Is it rational to do nothing?

The first decision is whether to take any immediate action at all. To date, many rights holders have eschewed seeking protection for their marks in the new gTLDs. Some have made a conscious decision to wait and see which of the new gTLDs become popular, as well as whether abusive domain name registrations in the new gTLDs will create real problems. Certainly, this is a valid approach. However, it must be recognised that inaction may result in future costs that could avoided now at a lower price.

Should marks be registered with the Trademark Clearinghouse?

Only validated marks, such as federally registered marks on the Principal Register, can be registered with the Trademark Clearinghouse. The cost of registering an eligible mark is approximately $150 for the first year. Thus, depending on the number of marks that the rights holder is seeking to protect, the budget for registration with the Trademark Clearinghouse will typically be manageable and make sense for most rights holders.

Sunrise registrations: how many marks and which gTLD registries to choose?

Substantially greater expenses may result from the rights holder’s third decision. When a new gTLD becomes operational, rights holders receive the first opportunity to register certain second-level domains (SLDs or labels) which correspond to their marks in the Trademark Clearinghouse. Specifically, for at least the first 30 days of operation of an open gTLD registry, rights holders have the exclusive right to seek sunrise registrations of SLDs that are identical to their marks registered with the Trademark Clearinghouse.

More than one label can be considered identical to a mark. For example, for the mark ‘Word1 Word2’, identical labels would include both ‘word1word2’ and ‘word1-word2’. However, for the mark ‘Word1-Word2’, ‘word1word2’ would not count as an identical label. For the mark ‘Word 1 & Word 2’, identical labels include ‘word1word2’, ‘word1-word2’ and ‘word1andword2’ – a similar rule applies to marks that include the ‘@’ symbol. For marks registered outside the United States, the ‘&’ and ‘@’ symbol can be replaced by the transliteration of the term in the language of the country of registration. Other punctuation or characters that cannot be part of a domain name can be omitted or replaced by a hyphen or an underscore, and the label will be considered an identical match to the mark. Thus, registration of a single mark will frequently give rise to remedies against more than one SLD in each gTLD.

As of the time of writing, 355 new gTLD registries had been delegated. Of those, 199 had completed, 63 were in the midst of and 19 had not yet started the sunrise period. Ultimately, as many as 1,300 new gTLDs may become operational, the majority of which will be open to anyone. Each registrar has its own pricing structure for sunrise applications. Most charge a one-off start-up fee, which may be a substantial portion of the total cost for the initial sunrise application, and the costs for SLDs may differ even within the same gTLD. That said, the average cost for an initial sunrise application probably ranges from $175 to $200. Each additional sunrise application in the same gTLD costs, on average, at least $100 less. Thus, for a rights holder protecting just five marks (with at least one that has more than one identical match), sunrise registrations in 100 new gTLDs would cost over $65,000. If protection were sought in 500 new gTLDs, the cost would be in excess of $250,000.

For many (if not most) rights holders – even those that have experienced problems with cybersquatters in the past –the cost of registering multiple marks during the sunrise period in all new gTLDs is simply out of the question from a budgetary perspective. In reviewing the list of new gTLDs where the sunrise period has not already closed, ask whether there are any new gTLDs where a domain name would be desirable from a marketing or business perspective, including whether any of the new gTLDs are specific to your industry or product line. Depending on a rights holder’s budget, it may also want to make some purely defensive registrations (ie, registrations for the sole purpose of preventing others from registering the domain name) in gTLDs that are specific to its industry or product line or (perhaps) are common generic terms. However, it does not appear that many rights holders are investing in a significant number of purely defensive domain name registrations in the new gTLDs.

Alternatively, a few of the new gTLD registrars are offering a domain protected marks list service, which will block for five years all labels in gTLDs that are operated by it and consist of or incorporate a mark. This approach will probably block registrations in more gTLDs than are of concern to a rights holder and will not block registrations in gTLDs operated by other registrars. The total cost may be high, but the average annual cost per label will be low.

Once the sunrise period for a new gTLD closes and anyone can register an available domain name, rights holders that did not obtain all possible sunrise registrations will face a fourth decision. During the first 90 days of the open registration period, a notice is sent to anyone who files an application to register an SLD that is an identical match to a mark in the Trademark Clearinghouse stating that the applied-for domain name matches a previously recorded trademark. If the applicant proceeds, the rights holder owner is notified. Warning notices to the applicants are not sent after the first 90 days, but owners of marks registered with the Trademark Clearinghouse still receive notice after a matching SLD is registered. The rights holder must then decide whether to act.

Even before the launch of the new gTLDs, most rights holders did not routinely take action against every domain name that was confusingly similar to one of their marks. Of course, with the limited number of gTLDs it was frequently the case that rights holders had already registered identical matches to their marks in many or most of the gTLDs, especially ‘.com’, ‘.net’, ‘.org’, ‘.biz’ and ‘.info’. Thus, many adopted the practical approach of challenging the use or registration of a domain name only if there was a business need for that particular domain or if the associated website contained content that was harmful to the mark in some way (eg, sale of counterfeit or competitors’ merchandise, diversion to a competitor’s website, false endorsement, pornography, gambling or other illegal activity). Now, unless the rights holder has gone to the expense of registering SLDs that are identical matches to its marks in every open gTLD, it will need to decide whether to challenge those registrations as well.

Is the URS the right option?

If a rights holder decides to challenge the use or registration of a particular SLD in a gTLD, its fifth decision will be to choose the RPM that it will employ. In addition to filing a complaint under the Uniform Domain Name Dispute Resolution Policy (UDRP) or bringing a civil action under the Anti-cybersquatting Consumer Protection Act provisions of the Lanham Act, rights holders have the option of bringing a complaint under the Uniform Rapid Suspension (URS) system. The elements of a URS complaint are essentially the same as those of a UDRP complaint. While the system is less expensive (eg, filing fees range from $300 to $500 for a URS complaint, as opposed to $1,300 or higher for a UDRP complaint) and faster, the complainant bears a higher burden of proof. Thus, the URS is designed only for clear-cut cases of abusive domain name registrations.

The URS is not a substitute for the UDRP or the Anti-cybersquatting Consumer Protection Act. Notably, a prevailing complainant is not entitled to a transfer of the domain name.

Relief under the URS is limited to suspension of the domain for the duration of its registration period, although a prevailing trademark owner may pay to extend the registration for an additional year. Moreover, a complainant may not rely on common law rights in a mark in a URS proceeding. On the other hand, registering a mark with the Trademark Clearinghouse is sufficient to prove rights in a mark.

It is not too late to develop a policy for trademark protection in the new gTLDs. At a minimum, registering trademarks with the Trademark Clearinghouse should be seriously considered. Even if the choice is to do nothing, this decision should be made only after considering the various pros and cons and not by a failure to act. 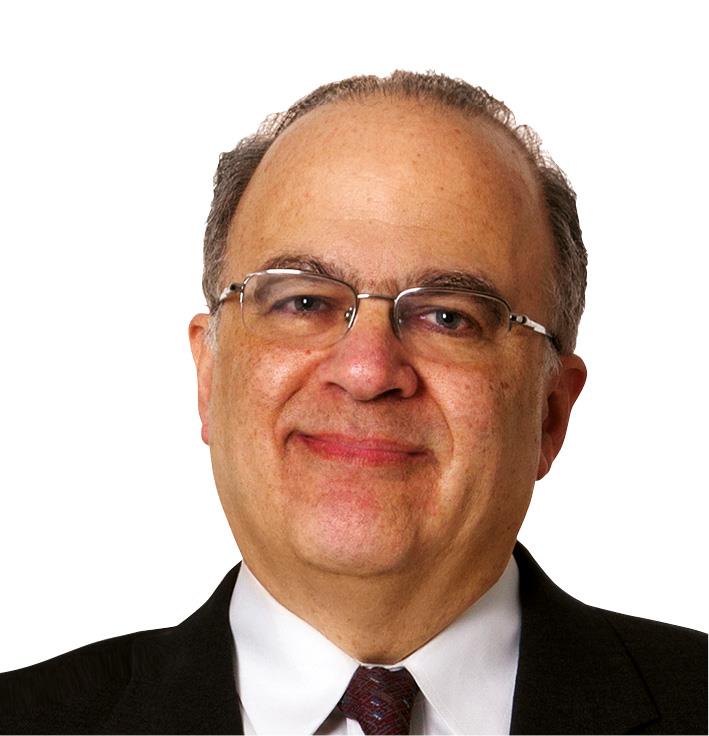 Based in Washington DC, Mitchell Stabbe has 30 years of experience in trademark law. In addition to his trademark clearance, prosecution and policing practice, he counsels clients on the ever-evolving interplay between trademarks and the Internet, including the new gTLD programme. Mr Stabbe recently won his 50th favourable decision in a Uniform Domain Name Dispute Resolution Policy proceeding.