United States: Could Trump rewind the transfer of the IANA function?

Donald Trump was a vocal critic of the transfer of internet governance functions to ICANN in September 2016. What action is he likely to take now that he is president?

Until its contract with the US National Telecommunications and Information Agency (NTIA) was allowed to lapse on October 1 2016 by the Obama administration, the Internet Corporation for Assigned Names and Numbers (ICANN) was responsible – in cooperation with the NTIA – for managing the assignment of Internet Protocol (IP) addresses to domain names – known as the Internet Assigned Numbers Authority (IANA). Under this contract, ICANN reviewed a proposed domain name and assigned it a numerical IP address – referred to as the Domain Naming System (DNS). The NTIA then reviewed the proposed name and address and authorised Verizon to post the address to the authoritative server which operates as the master file for all IP addresses. The address is replicated on the various root zone servers around the world each day and the domain name then becomes operational online.

With the lapse of the NTIA-ICANN contract, US government review of the proposed domain name and IP address shifted to ICANN solely, whose multiple stakeholders include academics, representatives of businesses and governments, and technical experts from around the world. While oversight by the NTIA was always intended to be temporary, critics of the transfer argued that shifting review responsibility in this way could lead to an increase in internet censorship in authoritarian countries, presumably because the overseer of the integrity of the DNS – namely, ICANN – accepts stakeholders from such authoritarian regimes.

Other critics argued that the transfer could lead to cybersecurity issues for the US government and military, as well as to private businesses essential to their operation, such as operators in the energy and telecommunications sectors. According to this argument, US cybersecurity efforts could be hindered because without NTIA review, there is no opportunity to confirm that a particular IP address is authentic and has not been altered or compromised in some way. For example, when a request is made to change any information in the root zone management function, this was previously transmitted to the NTIA by ICANN as a recommendation. The NTIA then verified that ICANN had followed established procedure and policy in processing the change request.

Among the most vocal critics of the transfer were Republican candidate, now president, Donald Trump. Trump’s campaign released a statement in mid-September 2016 stating that “[t]he US should not turn control of the Internet over to the United Nations and the international community”, and that “internet freedom is now at risk with the president’s [Obama’s] intent to cede control to international interests, including countries like China and Russia, which have a long track record of trying to impose online censorship. Congress needs to act, or Internet freedom will be lost for good, since there will be no way to make it great again once it is lost”.

Proponents of the transfer argue that the DNS review function was solely a technical one which had nothing to do with content or the level of censorship in any jurisdiction. In fact, internet censorship in authoritarian regimes was common during the many years that the NTIA performed the DNS review function because access was restricted at country level.

They also point out that the transfer helped to ensure that government entities did not assume greater control of internet governance duties, since countries including Russia and China had been pushing to endow a UN specialised agency – the International Telecommunications Union, whose membership includes 193 countries – with responsibility. This – the argument goes – would have been far more likely to increase direct involvement by governments, including authoritarian ones. Instead, the transfer turned responsibility over to a worldwide community of stakeholders, with no individual country having extraordinary control.

Finally, proponents argued that because ICANN agreed in June 2016 to preclude re-delegation of the ‘.gov’ and ‘.mil’ top-level domains without first obtaining written approval from the NTIA, the US cybersecurity concerns voiced by opponents to the transfer had been sufficiently addressed.

Efforts to stop or at least delay the transfer were made on two fronts. Senator Ted Cruz introduced a bill to prohibit the transfer from proceeding without congressional approval. A companion bill was also introduced in the House of Representatives. The bills were based, at least in part, on the position that the authoritative root zone file and the DNS were US government property, which could not be transferred without congressional approval. Although not initially well received, the bills picked up more support, albeit all Republican, as October 1 neared. Nevertheless, neither bill passed in Congress – even if they had, then-President Obama would never have signed it into law.

On a second front, the attorney generals of four US states filed a lawsuit on September 28 2016 seeking a temporary restraining order against the transfer. The grounds included the same property argument set out in the congressional bills, as well as claims that ICANN had a history of “ignoring and operating outside its bylaws” and that the NTIA lacked authority to cede stewardship of the Internet to it. That suit was dismissed by a federal judge on September 30 and the transfer proceeded as planned on October 1.

Given Trump’s strong opposition to the transfer during his campaign, some wonder whether his administration would, or even could, now try to put the IANA genie back in the bottle. Many commentators believe that the transfer cannot be undone. Any effort to do so would likely be difficult and could involve messy litigation, which would also risk angering the international community. However, because ICANN is subject to suit in California, establishing jurisdiction for a suit would be relatively easy. Nevertheless, with all of the issues the new administration has to address, this is likely no longer one of the most pressing. Rather, it is more likely the administration will aggressively monitor ICANN to ensure that it does not allow unequal influence by any group – especially another government – in its internet governance duties. 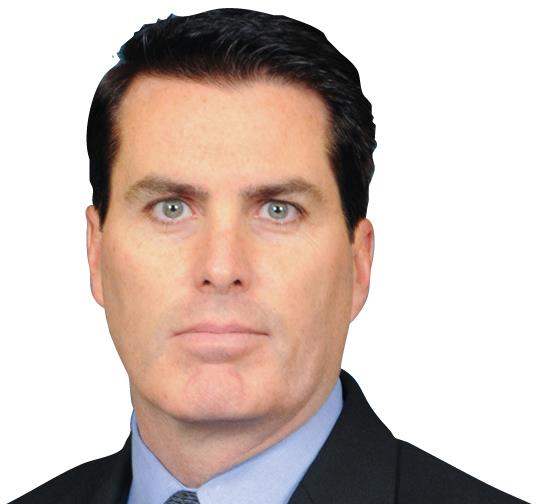 Robert J Kenney uses his nearly 30 years’ experience in patent, trademark and copyright litigation, as well as trademark prosecution, counselling and portfolio management, to help his clients to protect, profit from and enforce their valuable IP rights, including licensing and IP asset acquisition, creating and protect trademarks, building brands and making trademarks and brands profitable.