Non-traditional trademarks are usually more expensive to register and enforce, but they can also result in valuable protection for fashion wares

For all of the creativity and originality that appear to inspire and drive new trends, the fashion sector is often (rightfully) accused of being a copycat industry, where companies shamelessly rip each other off in an attempt to capitalise on the latest fad. Indeed, an argument can be made that such copying occurs in the United States because US laws fail adequately to protect certain fashion designs, and that the copying will almost certainly continue until changes are made.

In general, clothing is often considered functional and utilitarian, and therefore clothing designs are not usually copyrightable or registrable as trademarks, although original fabric designs are typically copyrightable. Additionally, while traditional word marks are clearly available to designers, some fashion companies have succeeded in registering non-traditional marks which form an integral part of a product itself. This article focuses on two such types of mark: single-colour marks and back-pocket stitching marks.

With respect to colour, interesting issues arise when the protection sought involves a colour-only trademark, particularly a single colour mark. The use of colour is naturally of primary importance to a fashion designer and is a valuable tool whose use in general should not be monopolised by a single designer, or so the argument goes. However, when used in a certain specific ways, colour can indeed be monopolised by a single designer. In Louboutin v Yves Saint Laurent America Holding, Inc (696 F 3d 206 (2nd Cir 2012)), the Second Circuit appeals court squarely addressed the issue of whether a single colour may serve as a legally protected trademark in the fashion industry.

Turning to the facts of that case, since 1992 Christian Louboutin has adorned the outsoles of women’s high-heeled shoes with a high-gloss red lacquer, and in 2008 he registered the red lacquered outsole as a trademark (the red sole mark) with the US Patent and Trademark Office (USPTO). Today, Christian Louboutin’s women’s shoes can sell for more than $1,000 per pair.

In 2011, Yves Saint Laurent (YSL) began selling a line of single colour shoes, among them an entirely red shoe, including the outsole. Displeased with this activity, Louboutin brought a trademark infringement action against YSL claiming that its red outsole infringed his red sole mark.

In denying Louboutin’s preliminary injunction, the US District Court of the Southern District of New York held that “in the fashion industry, single-color marks are inherently ‘functional’ and that any such registered trademark would likely be held invalid”. However, the Second Circuit disagreed and held instead that there should be no per se rule against the protection of a single-colour mark in the fashion industry.

Before addressing functionality, the Second Circuit provided a brief history of single-colour marks. It noted that, as early as 1906, the Supreme Court was sceptical that a single-colour mark could be registered, but that other courts provided some protection of the use of colour as a distinguishing product feature under unfair competition principles. In Yellow Cab Transit Co v Louisville Taxicab & Transfer Co (147 F 2d 407 (6th Cir 1945)), the Sixth Circuit held that a taxicab company was entitled to protection for its long-established use of yellow taxicabs, to the extent that it had acquired goodwill from its yellow colour scheme. Later, after passage of the Lanham Act, the Federal Circuit allowed Owens-Corning to register the colour pink for housing insulation materials, holding that the colour performed no non-trademark function and “served the classical trademark function of indicating the origin of the goods” (In re Owens-Corning Fiberglas Corp (774 F 2d, 1116, 1123 (Fed Cir 1985)).

Subsequently, in 1995 the Supreme Court finally resolved the protection of a single-colour mark in Qualitex Co v Jacobson Production Co (514 US 159 (1995)) which involved trade dress protection for a green-gold colour dry cleaning press pad. The court noted that it could find no “principled objection to the use of color as a mark in the important ‘functionality’ doctrine of trademark law”. The court concluded that “color alone, at least sometimes, can meet the basic legal requirements for use as a trademark” – that is, colour alone can be distinctive of the origin of the goods.

Turning to the issue of functionality, the Second Circuit in Louboutin summarised that functional features of products are not protectable under trademark law, but rather under the patent system, which is intended to provide limited monopolies over functional features.

Generally, two forms of functionality serve as an affirmative defence to a trademark infringement claim:

Under the traditional functionality doctrine, a product feature is functional if it is “essential to the use or purpose of the article” or if it “affects the cost or quality of the article”.

If a product feature is not traditionally functional, it must still pass the aesthetic functionality test. The Second Circuit summarised a balancing test for an ornamental feature claimed for trademark protection which denies protection when protecting such ornamental feature would “significantly hinder competition by limiting the range of adequate alternative designs” (Forschner Grp, Inc v Arrow Trading Co, 124 F 3d 402,409-410 (2d Cir 1997)), but allows protection of “arrangements of predominantly ornamental features that do not hinder potential competitors from entering the market with differently dressed versions of the product” (Fabrication Enters, Inc v Hygenic Corp 64 F 3d 53, 57 (2d Cir 1995)).

The Second Circuit noted that aesthetic functionality for a single-colour fashion mark is difficult because “in the fashion industry, color can serve as a tool in the palette of a designer, rather than as mere ornamentation”. However, the court further noted that “the functionality defense does not guarantee a competitor ‘the greatest range for [his] creative outlet,’ but only the ability to fairly compete”. As such, the aesthetic functionality test “can accommodate consumers’ somewhat conflicting interests in being assured enough product differentiation to avoid confusion as to source and in being afforded the benefits of competition among producers” (Stormy Clime Ltd v ProGroup, Inc, 809 F 2d 971, 974 (2d Cir 1987)).

Addressing Louboutin’s red sole mark specifically, the court determined that, based on Louboutin’s advertising expenditures, media coverage and sales success, the mark met the distinctiveness requirement and merited protection. However, the court found that the distinctiveness of the mark was limited to shoes that had an upper in a different colour (ie, where the outsole and the remainder of the shoe were in contrast). As such, because YSL’s shoe was entirely red, the court found no trademark infringement and thereby did not specifically address the functionality of the red sole mark. However, the court did hold that, as modified, the red sole mark was valid and enforceable.

In other words, Louboutin’s monopoly on shoes of all different colour, except red when paired with a red sole has been confirmed for the time being. However, as with most non-traditional trademarks, Louboutin’s exclusive right to use the colour red on the sole of non-red shoes took many years to acquire and was the result of a long-term, patient strategy.

As a practical matter, back-pocket stitching designs are never viewed by a trademark examiner as inherently distinct. Therefore, a designer seeking this type of registration must almost always prove that the design has become distinct through the acquisition of secondary meaning. Secondary meaning can be established by an evidentiary submission consisting of sales data on the number of units sold, length of use, proof of substantially exclusive use and advertising or promotional efforts featuring the back-pocket stitching design itself.

Another hurdle in the fashion industry for the acquisition of non-traditional trademarks is the speed of which one’s designs are borrowed by others. As a purely practical matter, this makes enforcement of these types of trademark more expensive than enforcing traditional word marks. Essentially, before a designer can successfully enforce rights in a back-pocket stitching design (or in any other non-traditional trademark, such as a red sole on a shoe), the designer must prove that its trademark began functioning as such before it was borrowed. This enforcement hurdle can often be quite difficult to prove.

So, when one finds the perfect back-pocket stitching design worth protecting (eg, the True Religion upside down horseshoe), it is not uncommon to find oneself in a position of chasing down infringers before securing a trademark registration for that perfect design on which an empire can be built.

The bottom line: non-traditional trademarks are usually more expensive to register and more expensive to enforce, at least early on before the marks become industry icons. However, they can also result in valuable protection for fashion wares apart from the traditional avenues. 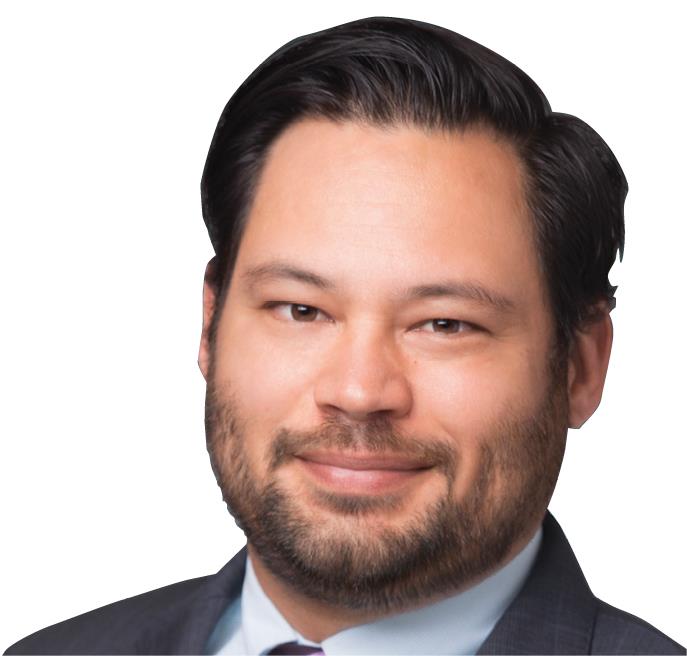 Oliver S Bajracharya is a partner in Lewis Roca Rothgerber Christie’s IP practice group. Domestic and international companies turn to him for counsel for managing their IP portfolios, including strategy, maintenance and enforcement of patents, trademarks and copyrights. Mr Bajracharya works with fashion companies to create, expand and maintain their trademark portfolios, as well as to maximise the protection afforded by their marks. As the fashion industry adapts to the evolving global economy, he acts as a teammate in establishing the client’s IP portfolio and as an advocate in defending that portfolio, both domestically and internationally, using a network of established professionals in each country. 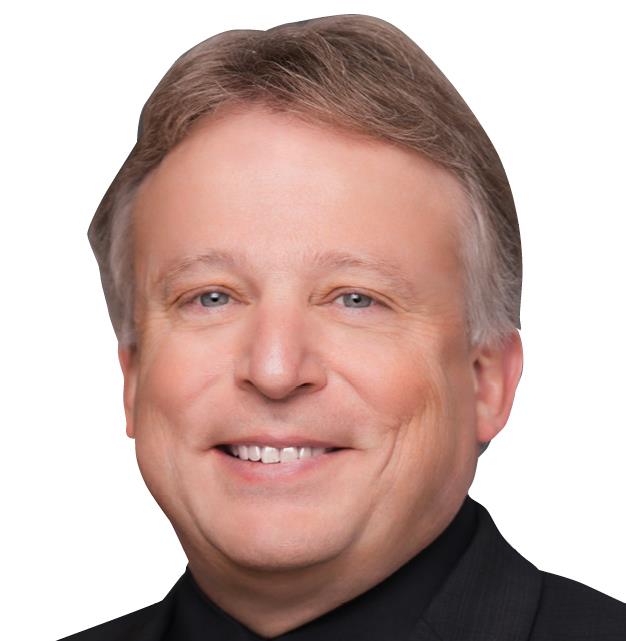 Gary J Nelson is a partner in Lewis Roca Rothgerber Christie’s IP practice group. Clients turn to him for prosecution and maintenance of large international corporate trademark portfolios, particularly in the fashion and clothing industry. He also specialises in resolving IP disputes in a broad spectrum of industries, including food, computer software and hardware, office supply, sports and entertainment, among others. Mr Nelson has managed more than 7,000 individual trademark applications/registrations throughout the world. Through his network of foreign counsel, he has filed and supervised the prosecution of trademarks in over 150 countries.