Assessing the relevance of internet evidence can be a daunting task for rights holders. However, if submitted accurately at the earliest stages, such evidence may sway infringement proceedings

The Internet affectsalmost every aspect of consumers’ daily lives. From social media to shopping and entertainment, it can be an effective tool for communicating and reaching out to new and existing customers. However, operating an online presence is not without its risks and it can be daunting to analyse internet evidence relating to possible trademark issues. Such difficulties arise for both new enterprises seeking to introduce goods or services and established companies seeking to protect valuable brands. A review of recent US cases at the motion to dismiss stage can help to explain how the courts evaluate internet evidence for various purposes, including whether an initial case has been made and whether there is subject matter jurisdiction or personal jurisdiction.

The court’s analysis of claims in initial pleadings provides important practical implications for parties filing and defending trademark infringement actions. For defendants seeking a motion to dismiss, some arguments are more successful than others. For example, the minimum evidence needed to state a claim for trademark infringement at the motion to dismiss stage is low. However, the effect of internet evidence on jurisdictional issues is not as clear-cut. For subject-matter jurisdiction (ie, whether a case can proceed in federal, rather than state, court), internet evidence related to use in commerce is not relevant. However, for personal jurisdiction (ie, whether a court can exercise its authority over a person or entity), internet evidence of the party’s activities and focus is considered. The common thread in these cases is that activities on the Internet can have a far-reaching effect. Evidence and claims of internet activities are highly relevant to motions to dismiss in the early stages of trademark infringement litigation in the United States.

General, non-limiting statements on a trademark owner’s website regarding the geographical area for services are not relevant for subject-matter jurisdiction and do not prove that a rights holder was not involved in interstate or international commerce. In Sit N’ Stay Pet Servs v Hoffman (Western District of New York, September 2017) the plaintiff operated a website that sold pet-sitting and dog-training services. The defendant advertised and sold pet-sitting services through a Facebook page and later on its website. In response to the plaintiff’s trademark infringement suit, the defendant filed a motion to dismiss, challenging the court’s subject-matter jurisdiction on the grounds that the plaintiff was not involved in interstate or international commerce.

This argument was based on advertising which stated that the plaintiff served “most of Erie County, and some of Niagara County”. The court described the argument as a non sequitur based on a logical fallacy. The fact that a company advertises that it serves particular locales does not mean that it does not also serve customers from outside those locales. Had the plaintiff’s advertisement stated that it serves “only Erie and Niagara Counties”, as opposed to the general, non-exclusive statement that it actually used, the result may have been different. The court noted that while recent case law suggests that ‘in commerce’ is a required element for a trademark infringement cause of action, it is not required to establish subject-matter jurisdiction.

Internet activity can place an individual in commerce, especially at the initial stage of trademark infringement litigation. The Sit N’ Stay decision cited several cases which suggest that merely maintaining a website is sufficient to establish activity in commerce for trademark infringement. This is a low standard, as almost every commercial entity maintains either its own website or some type of social media presence. The court also evaluated the alleged specific facts that the plaintiff relied on when filing the suit, including that consumers purchased gift cards and online instructional courses in different states and nations via the Internet. Based on the claims, the court concluded that the plaintiff had sufficiently detailed its use of the trademark and the defendant’s alleged interference with the plaintiff’s interstate and international business. The court therefore denied the motion to dismiss.

For a court to have personal jurisdiction over a defendant, the defendant’s internet presence and activities must target a specific state or location. The existence of passive websites and social media accounts is not enough to show the minimum contacts to keep a defendant in a particular court. In Nutramarks Inc v Life Basics LLC (District of Utah, May 2017) the plaintiff, a Utah-based company and owner of the trademark LIFE’S BASICS, marketed and sold nutritional and dietary supplements. The defendant, Illinois-based company Life Basics, manufactured and sold iced tea beverages in the Midwest. However, it sold no goods online or in other areas. The defendant also owned the trademark LIFE BASICS. When the plaintiff filed suit in Utah, the defendant filed a motion to dismiss arguing that there was no personal jurisdiction.

A plaintiff’s burden at the preliminary stages of litigation is light. In order for a court to have personal jurisdiction over an out-of-state defendant, the defendant must have minimum contacts with the state in which the court is located. In Nutramarks the plaintiff claimed that the defendant’s internet presence and activities – which included an interactive website, various social media pages and a crowdfunding page – were used to market and promote its products in Utah.

The defendant’s website was analysed according to three categories:

The court determined that the defendant’s website fell within the middle ground of interactive websites as it allowed users to exchange information with the host computer, but had no purchase function and offered no information on pricing or product availability. Customers in Utah would have to contact the defendant outside of the website for further information on pricing or product availability. Therefore, the website was not sufficient to establish personal jurisdiction.

The court also analysed the defendant’s social media presence – which included a Twitter account, a Facebook page, an Instagram page and a YouTube account – as this was allegedly used to “market and promote” the defendant’s products and to direct consumers to its crowdfunding page. On review of the crowdfunding page, the court noted that none of the donors were Utah residents. Further, there were no facts to show targeting or solicitation in Utah, or to show that the defendant’s social media presence targeted or solicited business from Utah residents. Without such evidence, the combination of a website, Twitter account, Facebook page and YouTube account was insufficient for the court to have personal jurisdiction over the defendant. The court therefore held that the plaintiff had not claimed sufficient facts to establish minimum contacts for personal jurisdiction based on the defendant’s internet activities and granted the motion to dismiss the case.

Disagreements regarding the factual claims in a plaintiff’s complaint are properly included in an answer, but not necessarily in a motion to dismiss. Such disagreements will be settled during the litigation and generally will not be enough to have a motion to dismiss granted at the initial stage of litigation. In Cree Inc v Tarr Inc (Southern District of California, July 2017) the plaintiff manufactured silicon carbon wafers and light-emitting diodes. It owned various trademarks, including the mark CREE. The defendants included two companies – Tarr Inc and Iron Ads LLC – and an individual who was a principal of both companies. The defendants operated numerous websites, against which the plaintiff filed several claims, including trademark infringement. The defendants filed a motion to dismiss for failure to state a claim, arguing that the plaintiff’s complaint lacked “specific factual allegations” that the defendants owned or controlled any of the disputed websites and that the defendants had received no notice of the alleged misconduct or claims.

The court denied the motion to dismiss, noting that at this stage, the plaintiff needs allege only minimum facts demonstrating that the defendants used its trademark. The issue of whether there was actual use of the mark, although necessary to prove an infringement claim, is decided later in the litigation. The court also found that, in relation to the defendants’ argument that the plaintiff had failed to provide factual allegations, demonstrating its use of the mark underestimated the facts of the complaint. The complaint alleged that the defendants had built, maintained and utilised websites that incorrectly advertised products as CREE products. In addition, it specifically identified 20 websites that allegedly infringed the plaintiff’s trademark. These claims were sufficient at the motion to dismiss stage to give notice to the defendants.

The court stated that the defendants had failed to cite any cases regarding a motion to dismiss that supported their argument that the plaintiff was required to plead specific factual allegations regarding actual ownership of the 20 relevant websites. The court understood that the defendants disputed the claim that they owned any of the websites, but held that such argument should be raised in an answer, and not in a motion to dismiss. The court therefore denied the motion.

In the United States, internet evidence is important even during the earliest stages of trademark litigation. When building a case, trademark owners should include facts and claims relating to a potential infringer’s internet activities and presence. On the other hand, alleged infringers should carefully review all allegations and consider whether the minimum threshold to state a claim has been met and whether the court has jurisdiction. 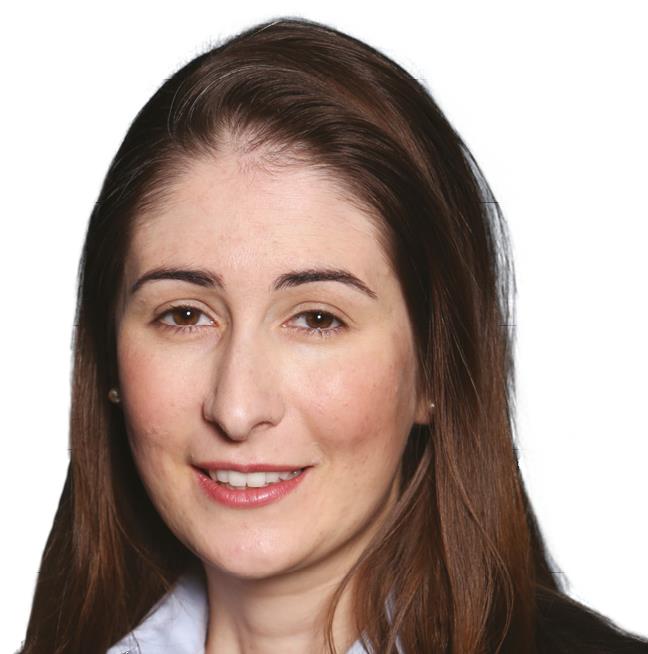