United States: Busy enough for you?

In the United States, practitioners must navigate a range of challenges, starting with uncertainty over standards for obtaining injunctions

While new obstacles have arisen to challenge trademark practitioners over the past couple of years, these have not diminished longstanding issues relating to the Internet, as well as to global protection and enforcement of trademarks.

Uncertainty on standards for obtaining injunctions

For decades, irreparable harm was presumed in cases in which a rights holder could establish a likelihood of success on trademark infringement claims. As such, rights holders could generally obtain preliminary injunctions upon a showing of likelihood of confusion. In eBay Inc v MercExchange, LLC (547 US 388 (2006)), the Supreme Court held that in the context of patents, the likelihood of irreparable harm would have to be established rather than presumed for plaintiffs seeking injunctive relief.

In 2013 the Ninth Circuit became the first federal appellate court to expressly apply the eBay standard to a trademark case and reject the presumption of irreparable harm (Herb Reed Enterprises, LLC v Florida Entertainment Management, Inc, 736 F 3d 1239, 9th Cir 2013). When a petition for certiorari was filed, the Supreme Court had the chance to clarify whether it intended for the presumption to be eliminated from trademark and copyright infringement matters as well. However, it declined to take the case, meaning that uncertainty as to the application of the eBay standard remains. Most federal circuits have not yet taken definitive positions on the issue. The Third Circuit followed the Ninth, while the First, Second and Eleventh Circuits have indicated, in dicta, an inclination also to reject the presumption. The Fifth and Sixth Circuits appear to continue to recognise the presumption; and the remaining circuits have not yet addressed the issue. Adding to this uncertainty is the fact that there is little guidance as to what type of evidence plaintiffs seeking an injunction must present to establish irreparable harm. In Herb Reed, for example, the Ninth Circuit held that evidence of an instance of actual consumer confusion simply underscored consumer confusion and did not speak to the issue of irreparable harm (736 F 3d at 1250).

Until the Supreme Court weighs in on the issue, rights holders will need to bolster their evidence to support a finding of irreparable injury in order to have a chance of obtaining a preliminary injunction.

In 2013 the Internet Corporation for Assigned Named and Numbers (ICANN) started introducing new generic top-level domains (gTLDs). Along with the launch of these came the creation of the Trademark Clearinghouse, a database of registered marks established by ICANN to help rights holders prevent infringements arising from domain name registrations. The new programme created significant controversy, as rights holders were concerned about the increase in costs to protect their brands through defensive registrations and the uncertainty surrounding each registrar’s rules.

Two years since the initial launch and after the introduction of more than 800 new gTLDs, the different registration rules, deadlines and pricing adopted by each registrar continue to pose challenges. Decisions on which domain names to register and when to do so need to be made on a case-by-case basis, depending on the company’s interest in the particular gTLD extension and the prices charged by the responsible registrar. A new extension that raised particular concern was ‘.sucks’, given the high prices charged for registration, the established free speech rights associated with many such domains and the peculiarities of the rules involving registration and retrieval of domains by brand owners.

Even though the Madrid Protocol was enacted over two decades ago, counsel must still go through the difficult exercise of balancing costs and ease of management when deciding whether to use the Madrid system. While the list of country members to the protocol continues to increase, several jurisdictions – most notably in Latin America and Asia – have still not joined. As a result, some rights holders are still reluctant to file internationally via Madrid because only part of their portfolio can be covered that way, which creates a non-uniform filing strategy.

Moreover, while adopting the protocol and bypassing local foreign counsel may save on costs, it also means that counsel in charge of the Madrid filing carry the burden of docketing deadlines and monitoring the progress of the international registration and its extensions, which may discourage adoption of the protocol, especially by those with limited support staff. Additionally, there is still some uncertainty regarding the receipt and timeliness of notifications of provisional refusals from some national offices – another deterrent for those who manage international registrations in-house with limited resources.

Once an international portfolio has been built, companies must still decide how they wish to police and enforce their trademark rights abroad. Enforcement can be difficult, expensive and uncertain in some jurisdictions. In addition, it can expose the foreign registrations to cancellation for non-use. However, it makes little sense to spend money to register a trademark globally and not enforce it. Almost as important as investing in a budget to obtain registrations is reserving funds to subscribe to a worldwide watch and enforcement programme. These steps are essential to build the value of the brand, preserve its uniqueness and strength, and avoid loss of rights.

In addition to the challenging task of securing an internal budget for a strong enforcement programme, counsel must decide which potential infringements to pursue and how best to do so in order to avoid negative media backlash. Several rights holders have faced negative reactions after pursuing small companies or fans using confusingly similar marks. A classic example of such a campaign gone wrong was Abita Brewing Company’s attempt to stop a local charity from using the phrase ‘pub crawl’, which resulted in such a backlash that Abita not only reversed its position, but also issued a public apology. There seems to be an added layer of public scrutiny if the rights holder is a non-profit organisation, as there appears to be a general perception that such entities should not spend their limited resources on trademark disputes.

Counsel should avoid the temptation to send standardised cease and desist letters and instead adopt a case-by-case approach, using common sense and tailoring the letter according to the case at hand. Rights holders can create a positive experience with the potential infringer by offering reasonable phase-out periods, suggesting potential collaboration, focusing on an overall educational message and thinking outside the box. Creative solutions can go from paying for rebranding costs or new signage to turning an unauthorised fan page into one that is controlled by the rights holder.

It has been approximately 10 years since social media exploded. While more sophisticated corporations have since implemented internal procedures to address social media-related issues, many still do not have a pre-determined set of rules for employees, partners and customers.

While an invitation to one’s social media followers to submit selfies while wearing one of the company’s products may seem harmless, rights of publicity and copyright issues are immediately involved and must be addressed. A request to share, comment or like a particular post or photograph in exchange for a chance to win a few goodies may trigger federal and state sweepstakes laws, not to mention compliance with the website’s and mobile app’s own terms and conditions of use. Privacy considerations may also be implicated in the event that any personally identifiable information is collected. Detailing the rules of a contest in the casual and fast-paced social media setting may not be ideal or even viable, especially when the submission of user-generated content makes it imperative for companies to add provisions shielding themselves from liability for content that violates third-party rights or is false, misleading, defamatory, discriminatory, obscene or otherwise problematic.

This is an area where the marketing team is bound to be at odds with the legal department. The social media world is highly dynamic. Initiatives happen in real time, usually have a very short lifecycle and are individualised and customised; which means that tying them down to a series of internal procedures that require the signing of releases and other legal documents may defeat their purpose and render them pointless. The challenge is to find a happy medium to limit exposure to liability, without completely stifling marketing and promotion initiatives.

Companies should also be aware of the fact that re-posting content which has been originally created and shared by others carries the risk of violating IP rights, rights of publicity and privacy and other rights – even if they are just joining and furthering the conversation.

Gone are the days when advertisements and promotions originated clearly and indisputably from the brand source. What may have started as bloggers simply sharing information about their favourite things has become a paid-for marketing tool, in which social media agents are approached and compensated to blog or post positive reviews about products and services.

While brand owners may have gotten away with this subtle ad format for a while, the Federal Trade Commission (FTC) has now caught on. Over the past few years it has issued comprehensive rules addressing when and how the connection between advertisers and media advocates must be disclosed to the consuming public. As part of the guidelines, the FTC requires that the endorsement reflect the honest opinions, findings or experiences of the endorser and not be deceptive or misleading. Companies need to be aware that they can be held liable for the endorser’s failure properly to disclose the relationship, as well as for false or unsubstantiated statements made by the endorser. In order to limit potential liability, it is important to have a comprehensive policy in place policing endorsers’ behaviour and providing guidance to ensure that their statements are truthful and substantiated.

It will be interesting to see whether 2016 will bring greater clarity regarding the standard to obtain injunctions in trademark cases. On the international front, practitioners should watch which key countries will join the Madrid Protocol next, and how the World Intellectual Property Organisation will continue to streamline its procedures. As technology evolves and new platforms arise, trademark and branding issues are certain to continue to demand practitioners’ attention. 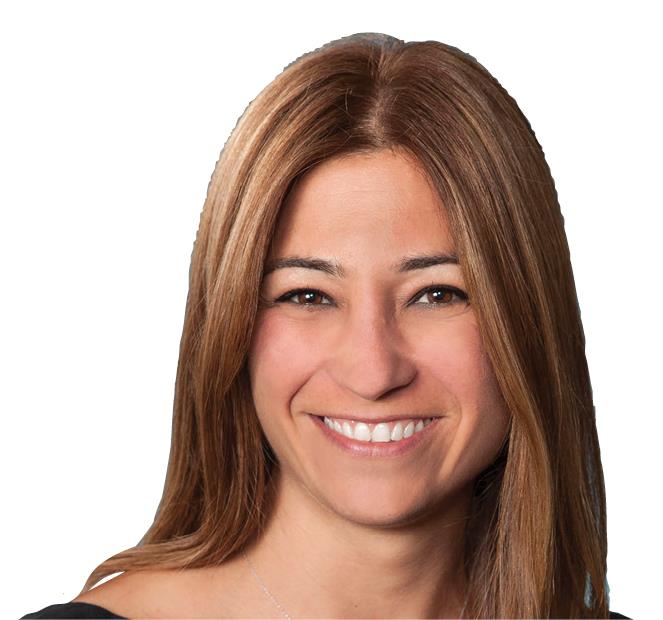 Flavia Campbell is a partner with Lewis Roca Rothgerber Christie who assists clients with the selection, clearance, prosecution and enforcement of trademark rights in the United States and abroad. Ms Campbell also negotiates and drafts licence agreements, helps clients with trademark policing efforts and counsels clients on IP validity, infringement and enforcement. She is a member of the International Association for the Protection of Intellectual Property, the International Trademark Association and the Inter-American Association of Industrial Property.