United Kingdom: The perils and powers of passing off

Locke LordPassing off can be a useful supplement to registered trademark protection, although the evidential requirements can increase uncertainty and costs

In a widely discussed case, in 2013 the Office for Harmonisation in the Internal Market (OHIM) rejected social media outlet Pinterest Inc’s opposition to registration of the trademark PINTEREST by Premium Interest, a UK-based online news aggregation site. Premium Interest had filed its Community trademark application for the PINTEREST mark before Pinterest itself had filed any national European or Community trademark applications. In opposing Premium Interest’s application, Pinterest thus relied on Article 8(4) of the Community Trademark Regulation in combination with Section 5(4) of the UK Trademarks Act and passing off in the United Kingdom. Article 8(4) of the regulation enables the owner of an unregistered mark to oppose the registration of a Community trademark if the unregistered mark was used in the course of trade in a way that was of more than local significance before the contested application was filed.

Even though Pinterest presented a variety of evidence, OHIM took the view that it did not have “more than local significance” in the United Kingdom when Premium Interest had filed its application: while Pinterest clearly had great significance in the United States, it was only just getting started in the United Kingdom. Most significantly, OHIM appeared reluctant to accept evidence relating to online use of the Pinterest mark and Pinterest’s appeal is currently pending. While OHIM’s approach arguably undervalues the global scope of social media, it serves to illustrate the pitfalls of an opposition solely based on unregistered trademark rights.

More successful was popstar Rihanna’s passing-off claim against Arcadia Group, the owner of the Topshop clothing shops, brought in the UK courts. In this recent decision (Robyn Rihanna Fenty v Arcadia Group Brands Ltd) the High Court of England and Wales found that Topshop’s sales of t-shirts showing a photograph of Rihanna, without her consent, amounted to passing off. While Topshop had a licence from the photographer, Rihanna had not authorised the use of her image. She argued that the unauthorised sale would damage her goodwill due to her connections with the fashion world.

Both the first-instance and appeal courts found in Rihanna’s favour and referred to the leading precedent in false endorsement cases, Irvine v Talksport (2002, FSR 60). While Rihanna’s case was not a false endorsement case, but a merchandising case, its legal principles were equally applicable. The court found that Rihanna was a fashion style icon and had “ample goodwill to succeed in a passing off action of this kind”: she had several promotional agreements with famous fashion houses and there is an overlap between fashion and music. There was also misrepresentation in the sense of consumer confusion regarding trade origin. Due to Topshop’s previous efforts to associate itself with Rihanna and the specific nature of the image (a still from one of her videos), there was a strong suggestion of authorisation, even though consumers may not always assume that clothing showing the image of a celebrity has been authorised by the respective star. There was also damage to her goodwill and merchandise business in the form of lost sales, if a substantial number of consumers were likely to buy the t-shirt falsely believing that it was authorised by Rihanna. The high quality of the products was unimportant, since it was Rihanna’s decision whether to authorise the sales. Finally, the court acknowledged that there was a loss of control over her reputation in the fashion industry.

So what are the prerequisites of a successful passing-off claim? Its underlying principles are now well established, having been formulated in the famous case of Reckitt & Colman (which related to the sale of lemon juice in plastic packaging highly similar to the Jif lemon):

The term ‘goodwill’ is often used interchangeably with ‘reputation’; although both are generated by the same commercial activity, there is a distinction. Whereas ‘goodwill’ is typically defined as the “attractive force that brings in custom” (IRC v Muller & Co’s Margarine [1901] AC 217) and embodies the commercial connection generated between consumers and goods or services present within the jurisdiction itself, reputation in a mark can subsist even where the goods are not in circulation. For example, prior to its release in the United Kingdom, consumers were nonetheless aware of the existence and brand image of Budweiser beer, having sampled it on their holidays and seen it consumed in films. While the sign BUDWEISER therefore undoubtedly enjoyed a reputation within the United Kingdom, the absence of UK sales precluded goodwill from arising.

Since its inception, the scope of passing off has expanded dramatically to capture a diverse range of conduct and its evolving nature keeps it relevant and attractive to businesses and brand owners. Although the seminal case of passing off required direct misrepresentation by the defendant to the effect that the goods or services it is offering are the goods or services of the claimant, the tort has expanded subsequently to include representations that merely suggest a commercial connection between both parties. The threshold under passing off is less exacting than in a comparable trademark infringement action, where a likelihood of confusion as to trade origin is generally required. Passing off may also be relevant where:

There are limits to the circumstances in which passing off can be invoked, although the courts are keen to emphasise that “there is no tort of copying; there is no tort of taking a man’s market or customers… there is no tort of competition” (as per the judge in Hodgkinson & Corby Ltd v Ward’s Mobility). Indeed, in the absence of patent or design protection, enforceable copyright or a registered trademark, the English courts have shown a marked reluctance to allow parties to utilise passing off to mitigate gaps in their IP protection. This reluctance is a clear argument for registering trademarks wherever and as early on as possible.

In terms of liability, it makes no difference whether the misrepresentation is made deliberately, fraudulently or unconsciously. Nonetheless, the misrepresentation must be material, in the sense that it influences a customer’s purchasing decision. This is a crucial factor in merchandising cases such as Rihanna, in which defendants typically argue that consumers’ purchasing decisions are dictated principally by aesthetic qualities, rather than celebrity affiliation.

The tort of passing off is a versatile tool and amounts to more than a cause of action that seeks to prevent unregistered trademarks with sufficient goodwill from misappropriation by a third party. In many ways it is the closest that UK law comes to unfair competition law and image rights or personality rights as available in other (European) jurisdictions.

However, running a passing-off claim or opposition is extremely evidence heavy and costly. As can be seen by the Pinterest opposition, proving (ownership of) goodwill in a passing-off claim can often be an uphill struggle, involving the collection of substantive evidence in relation to marketing activities, third-party statements and duration and geographic scope of trade. Claimants must also present evidence of the defendant’s misrepresentation, which can be challenging, particularly when it comes to proving deception by the defendant or consumer confusion – not least due to the UK courts’ reluctance to accept survey evidence (see Marks & Spencer v Interflora [2012] EWCA civ 1501). Lastly, proving damage as a result of the misrepresentation and quantifying its extent presents its own challenges, particularly in times of general economic downturn. Further, in proceedings based on Article 8(4) of the Community Trademark Regulation, OHIM will apply a European standard with respect to the assessment of which kind of right can be invoked, which includes its own set of European case law and OHIM precedents. In contrast, a valid trademark registration provides uncomplicated evidence of the trademark owner’s identity and the scope of its rights, which is one of the main advantages of basing an infringement claim (and/or an opposition or invalidity) on a valid trademark registration rather than on passing off.

Passing off can be a useful and sometimes powerful supplement to registered trademark protection, although the evidential requirements governing goodwill can frustrate progress and increase costs.

To mitigate some of these issues, it is advisable to maintain a goodwill bank of relevant objective evidence, ensuring that costs remain manageable in the event of litigation.

Notwithstanding the comments of the Court of Appeal in Interflora (2014, EWCA Civ 1403), the concept of initial interest confusion does not transpose into passing off, meaning that as long as a misrepresentation is corrected prior to the point of sale, there can be no liability. 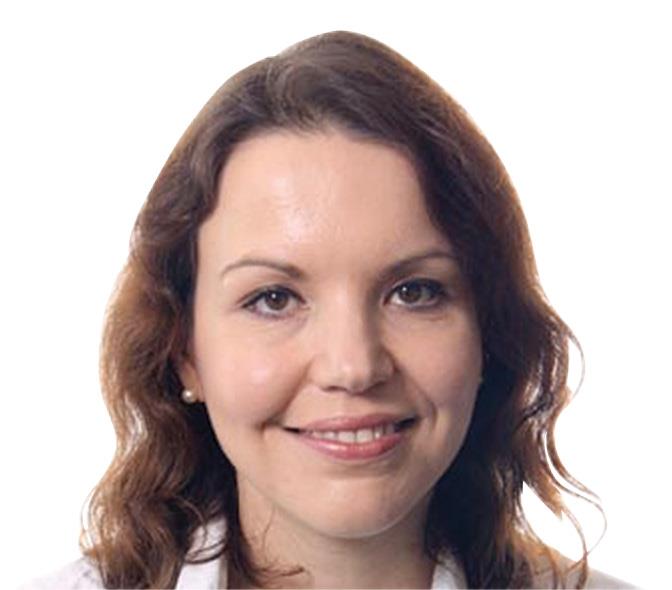 Birgit Clark is counsel in the London office of Locke Lord and focuses her practice on trademarks and related intellectual property rights. Qualified as a solicitor and trademark attorney in the United Kingdom and attorney at law in Germany, Ms Clark advises on all aspects of trademark registration and protection, and works primarily with corporate clients. She is also a widely published legal commentator. 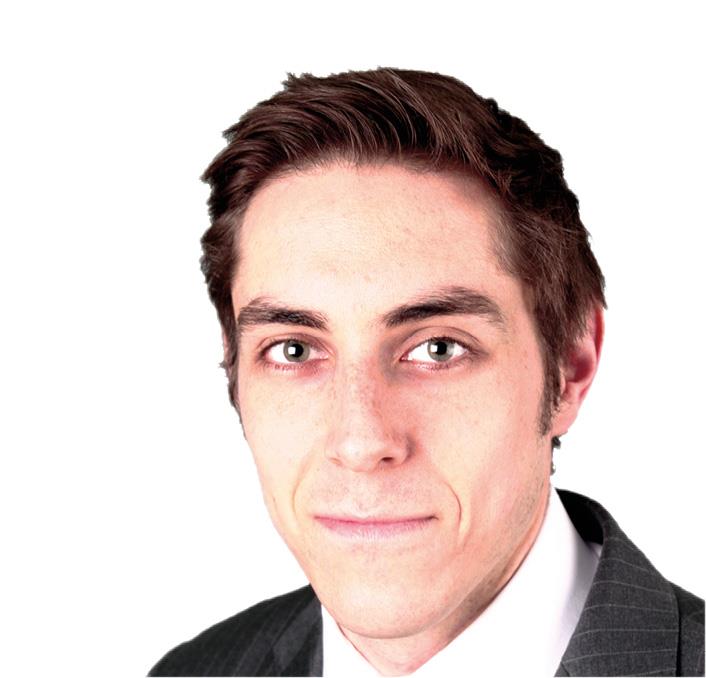