United Kingdom: Now is the time for review

The online domain expansion raises a number of issues for UK rights holders.

To date, some 113.5 million domain names have been registered in the ‘.com’ TLD, suggesting that most of the good online real estate has already been taken and that it is becoming increasingly difficult to find a memorable domain name that has not already been registered. By late 2007 the Internet Corporation for Assigned Names and Numbers (ICANN) – the not-for-profit California body in charge of administering the domain name system – had decided that the answer to this cluttering was the introduction of new gTLDs. Over 1,900 applications for new gTLDs were received, with around 1,300 unique strings applied for.

Although the increase in the number of TLDs will achieve the aim of making some of the best second-level registrations available for registration once again, all of those second-level trademark misuses which brand owners have already fought to have transferred or cancelled can be registered again too.

The new gTLDs raise further issues for UK brand owners. The leading English case on domain names, BT v One In A Million, was decided by the Court of Appeal in 1999 and relied in part upon how users of the WHOIS register would interpret contact information for domain names incorporating ‘distinctive’ trading names. However, as the recent case of Vertical Leisure Limited v Poleplus Limited ([2014] EWHC 2077 (IPEC)) acknowledges, the ‘average internet user’ has become more sophisticated in the last 15 years and the ‘instruments of fraud’ line of argument for passing-off cases depends on a level of reputation and inherent distinctiveness that will not always exist in disputes involving new gTLD registrations. In these circumstances, a practical approach to domain name management and a commitment to resolving disputes via Uniform Domain Name Dispute Resolution Policy (UDRP) and Uniform Rapid Suspension (URS) proceedings have become popular alternatives to litigation.

Notwithstanding that they will be weighed differently by different brand owners in different markets with different budgets, the following represent four of the more interesting issues for UK brand owners to consider when updating their trademark policies in light of the new gTLDs.

Although it appears that there has been some movement towards new gTLD domain names since the beginning of 2014, these registrations are not divided equally among all live new gTLDs. As such, it is already clear that some gTLDs will be more popular than others. Some will even fail, possibly in short order. Figures to date cannot yet justify predictions about which gTLDs will succeed and which will not (not least because of the diversity of industries whose new gTLDs have not yet gone live, and because the public is only slowly becoming aware of the new gTLD programme); but it is clear that with so much competition, some TLDs simply will not be as popular as others. This is important for brand owners for two reasons. First, truly generic TLDs that do not gain traction with consumers may be less likely to produce as many infringing domain names or attract as much traffic away from your site. Resources should be allocated accordingly. Second, consumers within your particular market may gravitate towards a single top-level domain even though your industry is served by more than one industry-specific gTLD (eg, ‘.photo’ and ‘.photography’). If such movement occurs it may not be apparent for several months, but again, resources should be allocated accordingly. Brand owners may also wish to register their own name in appropriate gTLDs defensively or at least sooner rather than later.

It has been reported that approximately 85% of would-be registrants did not proceed to register a new gTLD domain name following receipt of a Trademark Clearinghouse Claims Service notice informing them that their chosen name incorporated a third party’s trademark. Although it is not possible to draw many conclusions about the success of the Claims Service so early in its life or to be certain as to the intentions of these would-be registrants, it is likely that a large proportion of those proceeding to register their desired names are either:

The proportion of registrants which have made a genuine mistake in registering a domain name they should not have registered is likely to be much lower. Accordingly, the Claims Service could play an important role in domain name management by requiring brand owners to consider when they will spend time corresponding with a registrant which has ignored a Claims Service notice and when they will proceed to filing a complaint.

For clear-cut cases the URS represents an opportunity to dispose of registrations more quickly and cheaply than the UDRP, without the complainant having either to add the domain name to its existing portfolio or face the name being immediately re-registered upon cancellation. The elevated standard of proof should not be overlooked, however: the National Arbitration Forum refused to suspend ‘branson.guru’, even though the registrant did not respond to the URS complaint.

With many keyword advertising cases around the world having been decided in favour of keyword services providers rather than trademark owners and having focused on liability for direct infringement, litigation in this area has already begun to focus on service providers’ other responsibilities, including as joint tortfeasors. In a copyright case decided on January 15 2014 the Regional Court of Saarbrucken, Germany, found that domain name registrar Key-Systems had violated obligations of “due diligence and prevention” by failing to block domain names which resolved to websites hosting material that infringed Universal Music’s copyright. That the registrar had made a “causal contribution” to the infringement was not outweighed by the fact that its system was not inherently designed to infringe, since the pirated material was “obvious”, “readily-ascertainable”, “not requiring intricate legal analysis” and “unambiguous”. If this decision is upheld on appeal, its reasoning could potentially apply to registrars’ and registries’ facilitation of domain name registrations. Even if it is reversed, it offers a timely reminder that online infringements can often be tackled in more than one jurisdiction: global brand owners need to remain aware of developments no matter where they occur.

Having a clear, up-to-date and practical policy that addresses and takes account of developments surrounding the issues discussed above will help brand owners to navigate the new normal of new gTLDs.

However, brand owners should be proactive in gathering evidence of how Round One has affected them. It was suggested on multiple occasions at the recent ICANN meeting in London that the next round of applications will see a significant reduction in application fees, and that this will precipitate several thousands of new applications. As the Applicant Guidebook and the rules for Round Two are likely to be amended to take account of lessons learned in Round One, it is imperative that brand owners have their say in the development of the rules applicable to Round Two. There are multiple channels through which this information can be communicated, including via ICANN’s IP Constituency and by submitting comments directly through ICANN’s Public Comments Forums. The best time to start preparing these submissions was yesterday; the second best time is today. 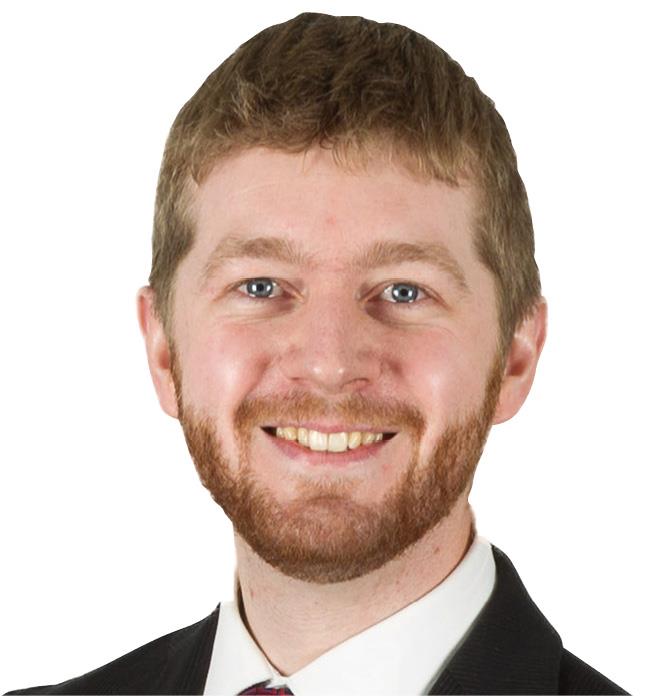 Gareth Dickson is an associate in the London office of Edwards Wildman. He is a UK qualified solicitor and a New York-admitted attorney whose practice focuses on the resolution of technology and intellectual property disputes. He also regularly counsels clients on cross-border disputes involving technology, financial services, luxury goods and creative industries.