United Kingdom: Does it matter if it’s black and white?

The issue of trademarks being registered in black and white and then used in colour has attracted much jurisprudence and discussion in recent years. Previously, the common practice in the United Kingdom and the European Union was to file device marks in black and white, so that they could be relied upon to cover all colour variations of that mark. For example, use of a device mark in colour could be relied upon to prove use of a registration in black and white, in order to prove reputation or show genuine use in a cancellation action. However, Specsavers International Healthcare Ltd v Asda Stores Ltd ((Rev 1) [2014] EWCA Civ 1294) reconsidered this practice and generated much discussion across Europe, to the extent that the Office for Harmonisation in the Internal Market (OHIM) and numerous national IP offices in Europe felt it necessary to issue a common communication.

Specsavers issued trademark infringement and passing-off proceedings against Asda’s advertising campaign to launch its own optician service using the slogans “Be a real spec saver at Asda” and “Spec saving at Asda” in connection with the above circles logo in green, which was similar to Specsavers’ overlapping circles device mark (the “wordless logo” also pictured above). By way of counterclaim, Asda sought to revoke Specsavers’ wordless logo for non-use.

At first instance, the High Court determined that the slogan “Be a real spec saver at Asda” amounted to trademark infringement and took unfair advantage of the distinctive character and reputation of the SPECSAVERS word mark. However, it dismissed Specsavers’ remaining infringement and passing-off claims. The court also revoked Specsavers’ wordless logo for non-use on the basis that Specsavers’ use of the overlapping circle device incorporating the SPECSAVERS word element did not constitute use of the wordless logo because the inclusion of the word element SPECSAVERS altered the logo’s distinctive character.

The Court of Appeal partially allowed Specsavers’ appeal, finding that ASDA’s logo and both slogans infringed Specsavers’ marks, and sought guidance from the European Court of Justice (ECJ) regarding revocation of the wordless logo, including the following questions:

The ECJ ruled that colour is significant in the global assessment of likelihood of confusion or unfair advantage. Specifically, where a trademark is registered in black and white, the colour or combination of colours in which it is used can affect how the average consumer of the goods or services at issue will perceive the trademark and will therefore also be relevant in the global assessment of confusion and unfair advantage.

A notable issue in Specsavers was that while Asda’s circles mark was used in green, which was the same colour that Specsavers used for its overlapping circles logo (albeit a different shade of green), the colour green had long been associated in the minds of a significant proportion of the public with Asda.

The ECJ ruled that Specsavers had registered the overlapping circles mark without limitation of colour, as opposed to a claim based on colour; so while it was registered in black and white, it was adjudged to be applicable in all colours, with the Court of Appeal citing Phones 4u Ltd v Phone4u.co.uk Internet Ltd in support.

The decision reinforces the enduring benefits of registering a mark in black and white, as opposed to a specific colour or colour combination. Specifically, by filing in black and white, the rights holder benefits from broader protection, as not only will the black and white registration provide protection against later third-party use in all possible colours, but the rights holder will also be able to claim enhanced distinctiveness of a specific colour in which the registration is actually used – for example, to argue that the likelihood of confusion or association will be increased, without the strict requirement to register the mark in that specific colour.

The common communication sought to harmonise the approach of EU trademark offices in the treatment of trademarks in black and white or greyscale, in order to improve transparency, legal certainty and predictability for all concerned.

The common communication detailed a three-part common practice relating to priority, relative grounds and genuine use. Regarding priority and relative grounds, a trademark registered in black and white or greyscale will not be viewed to be identical to the same mark in colour or colour/black and white, respectively, unless the differences in colour are insignificant. An ‘insignificant’ difference in colour is defined as a “difference that a reasonably observant consumer will perceive only upon side by side examination of the marks”.

The final part of the common practice, which covers the issue that arose in Specsavers, addresses the question of whether use in colour of a mark registered in black and white or greyscale, can be relied upon to demonstrate genuine use of the black and white registration (or vice versa).

The common practice states that a change in colour only does not alter the distinctive character of the trademark, provided that the following requirements are met:

Following the common communication, one can no longer guarantee that use in colour or a combination of colours for a mark registered in black and white will always amount to genuine use of the black and white registration, where the difference in colour can be said to alter the mark’s distinctive character.

In view of these inconsistencies, and in order to minimise risk, rights holders should re-evaluate their trademark portfolios and, if feasible, file their device marks in both black and white and any colour or colour combinations in which they are used – particularly where that colour is likely to be deemed distinctive and associated with the rights holder by the relevant public. Similarly, for new filings, it is also likely to be advisable to file device marks in black and white, in addition to any colour in which they are used – particularly if that colour is likely to be deemed to alter the mark’s distinctive character. 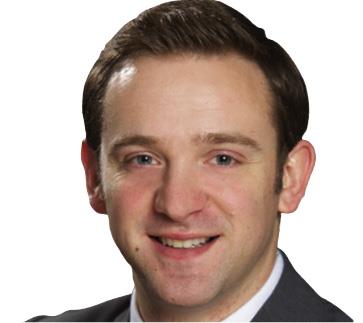 An associate in Locke Lord’s London office, Paolo Cerroni’s practice covers a broad range of IP and commercial issues, including the selection, protection, exploitation and enforcement of trademarks and designs. He also advises on issues relating to copyright, anti-counterfeiting and domain names, in addition to a broad range of commercial contracts and agreements. He advises a range of clients, from individuals and start-ups to some of the largest companies worldwide. 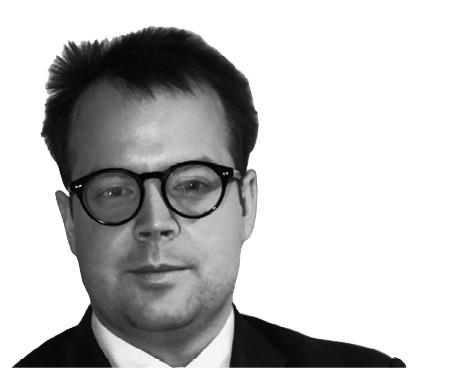 William Gómez Thompson is a paralegal in the intellectual property department at Locke Lord (UK) LLP. He is a graduate of the law and business school at the University of Nottingham and is also a fluent Spanish speaker.