A significant number of internet and technology start-ups focus initially on the development of the idea underpinning their business, with less thought given to legally protecting the physical manifestation of that idea. Similarly, a business may settle on a name having conducted only cursory due diligence or without taking steps to formally protect that name as a trademark, or may protect the name only on a national basis without planning ahead strategically. In the world of the Internet, this can lead to serious issues when it comes to enforcing rights.

In the absence of registered trademark protection, it is easier for third parties to trade off the reputation subsisting in a company or product name, in particular because many start-ups may have difficulty in demonstrating sufficient goodwill for the purposes of a passing-off action. More subtly, third-party keyword campaigns incorporating another company’s name or product names can be engineered to direct consumers to landing pages which are marketing competitor products.

Further, as the functionality of the Internet has developed, so have the challenges facing brand owners with an online presence, even those with the resources and prudence to secure registered trademark protection. Over the last 10 years, for example, courts have been forced to reassess the nature of infringement in line with the average consumer’s perceived internet literacy. As a result, what may have been an infringement in the past may no longer give rise to liability today.

Two recent decisions illustrate the issues outlined above pertinently. The Office for Harmonisation in the Internal Market’s (OHIM) Board of Appeal decision in Pinterest demonstrates the perils of forgoing registered trademark protection, while offering hope to internet start-ups that, even in the absence of registered rights, redress may be possible provided that sufficient evidence of the unregistered rights is available in a legally acceptable form. The ongoing case of Interflora v Marks & Spencer, which concerns keyword advertising, illustrates the legal constraints within which such cases must now be brought and the courts’ evolving attitude towards keyword disputes.

In a widely discussed 2013 case OHIM rejected social media outlet Pinterest Inc’s opposition to registration of the trademark PINTEREST by Premium Interest, a UK online news aggregation site. Premium Interest had filed its Community trademark application for PINTEREST in 2012 before Pinterest itself had filed any national European or Community trademark applications.

In its opposition Pinterest thus had to rely on unregistered rights, including Article 8(4) of the Community Trademark Regulation and the tort of passing off in the United Kingdom. Despite Pinterest submitting extensive evidence of its goodwill in the United Kingdom in support of its opposition, OHIM took the view that while Pinterest was clearly well known in the United States when Premium Interest filed its Community trademark application, its evidence did not show “more than local significance” in the United Kingdom. Notably, OHIM was reluctant to accept evidence relating to Pinterest’s goodwill based on an affidavit by Pinterest’s in-house counsel providing OHIM with estimated UK website visitor figures and account sign-ups. OHIM also rejected some of Pinterest’s evidence, which it deemed “belated” after OHIM refused Pinterest’s extension of time requests for which it had cited various “exceptional circumstances”.

In its appeal decision (R0102/2014/2 of March 2 2015), OHIM agreed with Pinterest and sent the case back to OHIM’s Opposition Division for re-examination, taking into account the evidence filed before the Opposition Division, as well as the additional evidence filed before the board of appeal. Pinterest had submitted several documents for the first time before the board: a second witness statement by Pinterest’s in-house counsel again providing estimated internet visitor and sign-up figures to the Pinterest website from the United Kingdom and the European Union, as well as additional evidence from two third-party auditing firms corroborating Pinterest’s in-house counsel’s affidavit. Both auditors reviewed Pinterest’s figures and recalculated these by, among other things, using data from Google Analytics and ComScore.

In this context, the board explained that Article 76(2) of the regulation provides it with wide discretion as to whether to accept additional evidence, referring among other things to the European Court of Justice (ECJ) guidance in Kaul (C-29/05 P), as well as more recent cases, such as PROTI SNACK (C-120/12 P), CENTROTHERM (C-610/11 P) and FISHBONE (C-621/11 P). Further, Rule 50(1) of the Community Trademark Regulation expressly confirms that OHIM’s boards of appeal have discretion to decide whether to take into account additional or supplementary facts and evidence which were not presented within the time limits set by the Opposition Division. Here, the board found that Pinterest’s new evidence was in response to OHIM’s concerns regarding the objectivity of Pinterest’s user figure data. Referring to the Salvita case (T-303/03), the board confirmed that this data could be taken into account since it was corroborated by other external evidence (ie, the evidence of the third-party auditors, which attested to its objectivity). Moreover, additional evidence which “merely supplements other evidence submitted within the time-limit, where the initial evidence was not irrelevant, but was held to be insufficient” could also be considered.

The Pinterest appeal decision will be of interest to those opponents which base their opposition on unregistered rights – as Pinterest did – and to businesses which provide internet-based services. The fact that the board accepted Pinterest’s supplemented evidence concerning its user figures in the context of showing goodwill at the appeal stage will come as welcome news to internet-based businesses, where success can often come fast and almost unexpectedly, and sometimes before all the correct IP protections are in place.

In November 2014 the Court of Appeal remitted the long-running dispute of Interflora v Marks & Spencer back to the High Court for retrial, overturning Justice Arnold’s decision at first instance.

The facts of the case are now well rehearsed, the dispute arising from Marks & Spencer’s (M&S) bidding on the term ‘Interflora’ in Google’s AdWords programme. The court identified a number of contentious issues within Arnold’s original judgment, which it considered could have materially influenced the outcome of the case. In particular, the Court of Appeal rejected his imposition under Article 5(1)(a) of the Community Trademark Regulation of a reverse burden of proof on third parties to show that there is no possibility of confusion. Moreover, the court cast serious doubt on the doctrine of initial interest confusion, at least in the context of keyword advertising disputes.

Although these shifts in approach may be welcomed by third-party advertisers, the costs and complexity of bringing such cases will inevitably increase as a result. The compilation of evidence of confusion is expensive and time consuming – for start-ups or companies in their infancy, tracking down and convincing confused consumers to provide witness evidence may divert valuable resources from day-to-day operations. Similarly, services such as Hitwise, which operate on a subscription basis and provide a picture of internet users’ browsing behaviour, may also be unaffordable.

At its most basic form, initial interest confusion allowed rights holders to argue that liability should arise on the basis of interim, temporary confusion, which was corrected prior to sale (in the context of keyword advertising, clicking on a third-party sponsored link before navigating back to the original results page to find search results originating from the rights holder). In combination with its abolition of the reverse burden of proof, the Court of Appeal’s rejection of the doctrine has the potential to weaken the position of rights holders (particularly those with an online presence), depriving them of a hitherto valuable means of applying leverage in trademark disputes.

One potential fillip for internet-oriented businesses was the court’s conclusion on negative matching. In summary, Interflora’s complaint extended to instances in which M&S bid on generic flower-related terms. In those circumstances, searches by consumers for ‘interflora’ were subsequently linked by Google’s algorithm with generic terms, generating sponsored advertising originating from M&S. The court held that bidding on generic flower-related terms without negatively matching the word ‘interflora’ may constitute use of the INTERFLORA mark by M&S, although this depended ultimately on the duration of the disputed activity and whether the object and effect of M&S’s actions were to trigger such ads. This decision therefore illustrates how courts are being forced to adapt to the ever-shifting challenges presented by the continual evolution of the Internet.

From a trademark perspective, it is crucial to plan ahead and to ensure that the proposed name of a company/product is free to use and, once adequate clearance has been conducted, to apply to register the relevant name. However, as shown by the difficulties that Pinterest experienced in providing evidence of its unregistered rights in the United Kingdom, it is important to strategically register the trademark in the most important target jurisdictions as early as possible. To keep costs manageable, start-up businesses should consider only protecting their core areas of interest. Pinterest also shows that it pays to be creative and to keep a detailed record of press clippings and media reports. It might even be worth collecting technical and industry specific data, such as user and sign-up figures, and have this audited by objective third parties should the need arise. As shown by Interflora, it is equally important to keep evidence of actual confusion. In this context it is crucial to ensure that any data submitted to the office or a court is corroborated by an objective third party, and that the industry specifics are explained using tools such as Google Analytics, ComScore or Hitwise.

Finally, clearance searches are vital, particularly where the company has an internet presence. 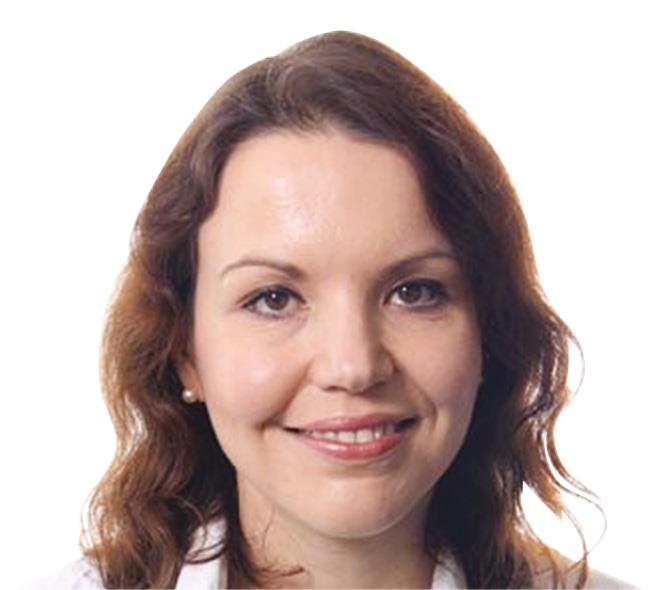 Birgit Clark is counsel in the London office of Locke Lord and focuses her practice on trademarks and related intellectual property rights. Qualified as a solicitor and trademark attorney in the United Kingdom and an attorney at law in Germany, Ms Clark advises on all aspects of trademark registration and protection, and works primarily with corporate clients. She is also a widely published legal commentator. 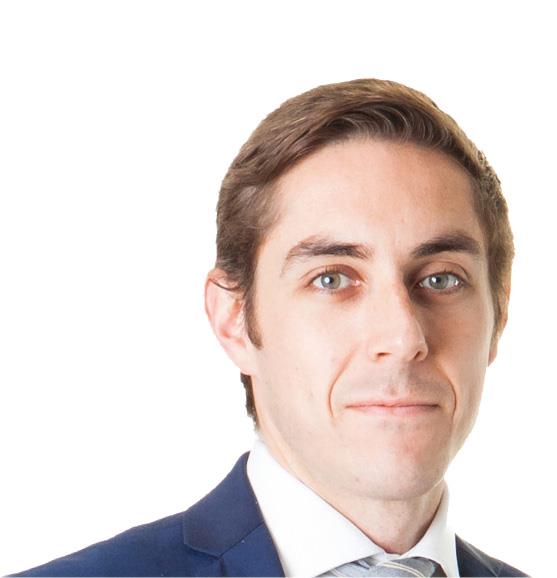