On 23 July the UKIPO confirmed that the United Kingdom will protect all existing EU trademarks and registered Community designs when the country leaves the European Union.

The confirmation followed a 19 July House of Commons debate (titled “Exiting the European Union”), at which Lisa Cameron, Scottish National Party MP and chair of the all-party parliamentary group for textiles and fashion, asked what steps the UK government is taking to ensure that IP rights in the creative sector are maintained. In response, Robin Walker, parliamentary undersecretary of state for exiting the European Union, revealed: “UK-owned trademarks and design rights in the EU27 will be unaffected by our withdrawal. Meanwhile, we have agreed to protect all existing EU trademarks, Community-registered designs and unregistered designs in the United Kingdom as we leave the European Union. In place of those EU-level rights… new UK trademarks and registered designs will be granted automatically and for free.”

That the conversion would be free of charge had not previously been announced. In a subsequent statement, a UKIPO spokesperson confirmed that “subject to agreement of the Withdrawal Agreement, we will continue to protect all existing registered EU trademarks, registered Community designs and unregistered Community designs as we leave the European Union. We will do so by creating over 1.7 million comparable UK rights, which will be granted automatically and free of charge. In terms of the White Paper, as the minister has stated, there are significant mutual benefits available to the United Kingdom and European Union through IP cooperation. For that reason, we are seeking to explore arrangements on cooperation on intellectual property with the European Union.” 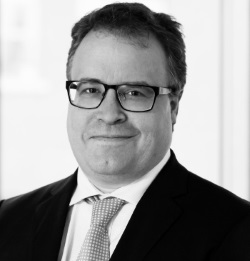