Search engines offer wide-reaching advertising opportunities, but the law is patchy on where liability for use of metatags and keywords falls in a trademark infringement suit.

In January 2017 the Industrial Property Law 6769 entered into force, providing that commercial use of a trademark as an online domain name, metatag or keyword constitutes trademark infringement. The new law brings Turkish legislation into line with regulations around the world concerning keywords and IP rights.

With the development of technology and increasing use of the Internet, search engines now offer different services to users, including online advertising. Such advertising appeals to brand owners for its ability to target, identify and attract customers. However, as advertising through search engines has evolved to become a preferred marketing tool, various legal issues have also arisen.

Rights conferred by a registered trademark are regulated under Article 7 of the Industrial Property Law. Pursuant to this, trademark owners are entitled to prevent third parties from using a sign without their consent which:

Pursuant to Article 29 of the Industrial Property Law, use of a sign under these circumstances without the trademark owner’s consent is considered infringement.

Online use of a mark

Metatags are snippets of the text that describes the content of a webpage. They do not appear on the page itself, but rather exist in the HTML – usually at the top of the page and visible to search engines only.

Advertising through a metatag is considered to be a dishonest use of a trademark. When an internet user searches for a trademark, the search engine will yield results that link to other companies, creating a risk that the user will be deceived by a third party that has no commercial ties to the mark. Therefore, use of a third-party trademark as a metatag constitutes infringement.

This was affirmed by the 11th Circuit of the Supreme Court (Decisions 2013/3630 and 2014/10378) which held as a precedent that use of the trademark CESCESOR as a “metatag in the source codes of the defendant’s websites” constituted “trademark infringement and unfair competition”.

On most search engines, advertising appears separately above or beside the yielded results. As such, specific keywords are more important to advertisers, as these can ensure that their ad or website is entitled to priority placement in the search results.

There is ongoing discussion as to whether a search engine is legally liable for keywords purchased by trademark infringers. One opinion is that search engines should be liable because they benefit financially from keyword advertising. However, the opposing opinion holds that search engines have no control over the use of trademarks as keywords.

The search-engine system allows advertisers to pay for material and website links to appear more prominently as the result of a user’s search for a particular keyword. When the user enters that word into the search bar, the advertisers’ links appear under the heading “sponsored links”, which is generally displayed on the right-hand side of the screen or above the organic results of the search.

Case law reveals no consensus as to whether keyword advertising constitutes honest use of a trademark if a third party’s mark is chosen as the keyword. Advertisers that prefer to use the keyword advertising method benefit from third-party trademarks but do not intend to create confusion. Therefore, a line is drawn between the advertiser and the trademark by describing the advertiser as the “sponsor firm”. However, advertisers that use registered trademarks as keywords do not benefit from their own deserved recognition. On the contrary, they benefit from third-party trademarks with no justifiable reason.

Article 7/5 of the Industrial Property Law states: “The trademark owner has no right to prevent the use of the trademark by a third party during explanation regarding the value, quality, quantity, geographical origin, time of production or other qualification of their goods and services within the scope of honesty and the ordinary course of commercial life.”

For infringement to exist, the use of a trademark must create a risk of confusion among consumers. According to one opinion, most internet users who type a brand name into a search engine are aware of the fact that the results will include more than the brand owner’s official website. This is supported by the quantity of the results. In addition, the separation of the organic results from the advertisement results also prevents confusion. However, according to another opinion, when searching online users believe that all of the results will come from original sources – in other words, that they will originate from the brand owner’s website.

Decision 2008/21 from the Istanbul Second Civil Court of Intellectual and Industrial Property holds that the use of a competitor’s trademark as a keyword on Google AdWords is an act of trademark infringement. The expert report on the justification of the decision stated: “Due to the fact that the service provided by Google is a service based on wage and it is also a commercial activity; all internet users cannot be aware of this service. Therefore, there is a risk of confusion by the average internet user as the distinction between natural results and the advertisements is not so precise.”

Further, Decisions 2013/12304 E and 2013/14141 K from the 11th Circuit of the Supreme Court held: “If the trademark, commercial name or another recognised feature of a company is used as a keyword in Google AdWords, it would not be possible to mention an honest use.” It thus found that the defendant’s action constituted unfair competition and trademark infringement.

Advertisers that use third-party trademarks as keywords are clearly liable for trademark infringement pursuant to a judicial ruling. However, the search engine’s liability remains debatable.

As one of the biggest and most popular search engines in the world, Google specifies that its AdWords platform seriously examines trademark violations in its ads. In addition, Google requires advertisers to undertake that they will not violate any third-party IP rights. However, it is not in a position to mediate third-party disputes and, therefore, trademark owners are encouraged to resolve their disputes with advertisers directly.

Google reviews complaints and may restrict the use of a trademark in advertising text. Further, AdWords adverts that use restricted trademarks may not be featured. This policy applies worldwide. However, Google refuses to investigate or restrict the selection of trademarks as keywords, even if it receives a complaint. To date, the notice and takedown system applies only to advertising texts. Despite this, Google does take some precautions to prevent trademark infringement. For example, if a keyword does not appear in the direct link, the Google AdWords system will lower the advertiser’s quality score and charge higher click rates for ads. Consequently, Google allows non-registered owners to purchase trademarks as keywords but has restricted its liability through the AdWords policies mentioned on its website.

Under the Law Regarding Organisation of Publications on the Internet and the Fight against Crimes Conducted through Internet Publications 5651, Google is defined as a ‘hosting service provider’ – this is a real or legal person which provides or operates systems that host services and content. Pursuant to the law, a hosting service provider need not check the content that it provides or investigate whether there is unlawful activity. However, if it is notified of such activity, it must remove the unlawful content if it is technically possible to do so.

As a precedent, Decisions 2013/11325 E and 2014/19 K held that “the defendant Google’s action was covered by Law numbered 5651 which regulates the irresponsibility of the hosting service providers” and dismissed the case against Google “on the grounds of lack of hostility”.

Due to the notice and takedown principle, hosting service providers are responsible for removing infringing content. However, the Industrial Property Law does not explicitly state whether or to what extent these providers are responsible for the trademark infringement itself. Therefore, if a search engine benefits from keyword advertising and a trademark owner notifies it of an infringement, the search engine is liable for the elimination of the infringement only. 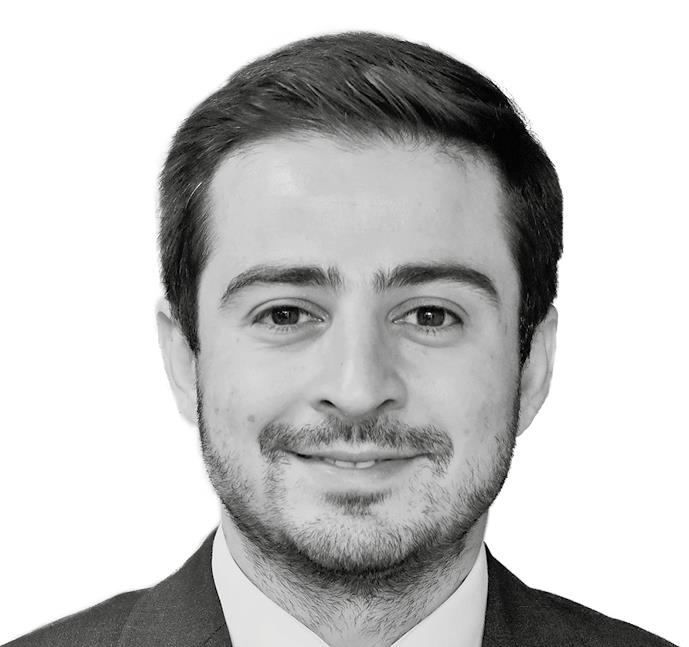 Ahmet Akguloglu is head of the IP department at ATG Law Firm and leads the IP litigation, IP prosecution and investigations sub-departments. He deals with all IP matters, including prosecution, litigation, enforcement, dispute resolution, unfair competition and client counselling and strategy in a range of legal actions in Turkey and overseas. Following Toros College, Mr Akguloglu graduated from Istanbul University, Faculty of Law (LLB). He has bilingual proficiency in English. He is a member of the Istanbul Bar Association and a registered trademark and patent attorney before the Turkish Patent and Trademark Office. He also acts as a panellist before the National Arbitration Forum in domain name disputes and is a member of the Anti-counterfeiting Committee of the International Trademark Association. 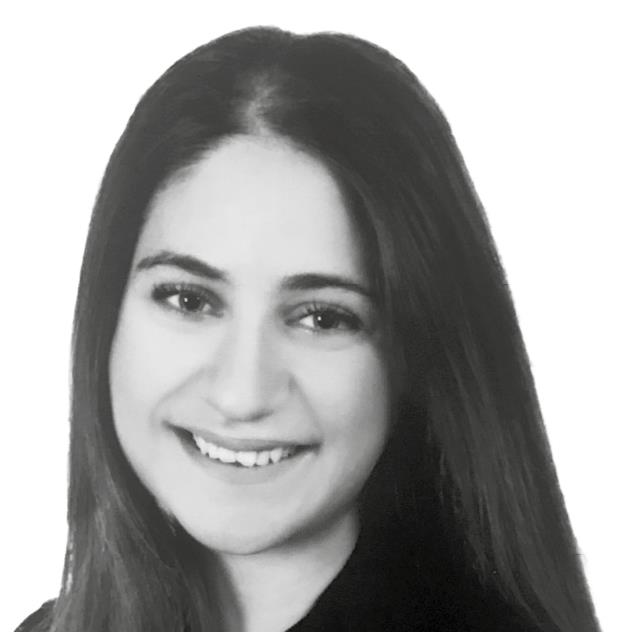 Ece Övgü Oral is a member of the IP department at ATG Law Firm. She specialises in intellectual property and advises local and foreign clients on trademark, IP and IT matters. She acts on seizures of counterfeit products throughout Turkey on behalf of international companies. She deals in IP matters, including prosecution and litigation. Following İstanbul Saint Joseph French High School, she graduated from Istanbul Bilgi University, Faculty of Law (LLB). She speaks English and French, and is a member of the Istanbul Bar Association.