Before use on the market, a pharmaceutical trademark must undergo examination by two different authorities – a system designed to protect both public safety and existing IP rights

Before filing an application for a pharmaceutical trademark, a full availability search should be carried out on the TPI’s database. Clearance searches should be conducted not only for identical goods, but also for similar goods and even services.

Searches of the Pharma in Use database and lists of products approved by the ministry are also crucial in order to minimise the risk of a mark being refused or infringed.

Following these searches, the application should be filed with the TPI. Registration proceedings are usually completed within four to eight months as of filing, unless the mark is subject to an office action. Pharmaceutical trademarks are mainly rejected ex officio by the TPI on the basis of absolute grounds for refusal due to:

The similarity criteria for pharmaceutical trademarks – especially for those issued on prescription – are relatively relaxed in comparison with the standard criteria. Even small changes can suffice to distinguish trademarks from one another in both examination phases. The main ground for the approach adopted by the TPI and the appeal courts is that targeted consumers of prescribed products – namely doctors, pharmacists and other healthcare professionals – pay more attention when making choices, which eliminates a great deal of the risk of confusion.

For instance, the appeal courts approved a first-instance decision of March 3 2007 that there was no likelihood of confusion between the marks LIPIDEKS and LIPITAX (11 HD E.2006/408, K 2007/3827), on the ground that the slight alterations and modifications between the two were sufficient to prevent confusion. The decisions acknowledged that the marks were not highly distinctive because they both referred to the same substance – lipid. The other ground for approval was the fact that these pharmaceutical trademarks were unlikely to be confused in the eyes of conscious consumers, such as doctors and pharmacists.

Although there is no explicit legislation in Turkey governing this, in some cases a three-letter rule – recognised by the Turkish authorities – is applied in order to determine whether a pharmaceutical trademark is eligible for registration. According to this rule, there must be at least three letters’ difference between the proposed name and the previous name.

Precedents approving the pharmaceutical trademarks LIPIDIL and LIPIDROL and AMREKS and AMBRIDEX as sufficiently dissimilar exemplify how the appeal courts have internalised the three-letter rule.

Turkey became a member of the World Health Organisation (WHO) by accepting its constitution in 1949. It revised its national regulations in order to comply with the WHO’s principles and introduced the Regulation Regarding the Packaging and Labelling of Pharmaceutical and Medicinal Products for Human Use. Article 4 prohibits the registration of any pharmaceutical name that is identical or confusingly similar to an INN, an INN stem or a term derived from an INN. These restrictions have been adopted by the ministry, which grants marketing authorisation for pharmaceutical names, and the TPI, which approves the registrability of pharmaceutical trademarks.

In order to eliminate any risk of registering a pharmaceutical trademark that contravenes Article 4, the TPI has given all INNs within its registry a specific number beginning with ‘ILAC’, which means ‘drug’ in Turkish, following their publication by the WHO. This registry is consulted during ex officio examinations of the TPI on pharmaceutical trademarks. However, although useful, such consultation is insufficient to prevent the registration of any signs that are identical or similar to INNs, due to the registry’s failure to include either INN prefixes or suffixes.

Despite the implementation of these regulations, it is still common practice in the Turkish pharmaceutical industry to create trademarks for drugs which evoke the active ingredient of the related product. Unfortunately, some such trademarks have been granted protection by the TPI.

As these marks are quite descriptive and have a low level of distinctiveness, such registrations are vulnerable to invalidation on the grounds that they should have been rejected ex officio by the TPI in the first place. However, only one precedent has been issued by the appeal courts so far in which a trademark registration was invalidated because it was too similar to an INN, demonstrating that the cited vulnerability is rarely claimed in practice.

Marketing authorisation must be obtained for every pharmaceutical product that is manufactured in, exported from or imported into Turkey. The ministry is responsible for issuing such authorisation; it is primarily motivated by public safety rather than IP protection concerns.

During the examination phase of this licensing process, the pharmaceutical name at issue is not compared to any senior pharmaceutical trademark applications or registrations within the TPI. However, it is compared to names that are listed in the Pharma in Use database, as well as the names of products that have been previously approved by the ministry. In conducting similarity examinations, the ministry has also been applying the three-letter rule.

Liability for data protection is governed by the Agreement on Trade-Related Aspects of Intellectual Property Rights, which came into force in Turkey in 1995. This governs all confidential information provided for the purpose of obtaining a licence and has brought data protection in Turkey closer to EU standards.

Article 13(1) of the Trademark Decree Law recognises the principle of national exhaustion; however, the doctrine has been shaped by appeal court practice, which is quite atypical and stands somewhere between national and international exhaustion.

In accordance with the courts’ approach, after a product bearing a trademark is placed on the Turkish market by the rights holder, its distributor or anyone authorised to grant consent, the first sales right is exhausted in Turkey and abroad. In other words, after the first sale of a product in Turkey, it can circulate freely on the Turkish market regardless of where it originates and without the need to obtain permission from the rights holder.

In this regard, rights holders cannot prevent parallel imports of related products, provided that they are original and have not been altered or damaged since they entered the market.

When it comes to the import of pharmaceutical products, the exhaustion principles set out in the Trademark Law or formulated by the appeal courts become non-enforceable in practice. This is because the importer needs a market authorisation in order to import such products into Turkey according to the Pharmaceutical and Medical Preparations Law (1262),and such authorisations apply only to a single source for each product.

Imports of pharmaceutical products without medical authorisations constitute smuggling, which is prohibited under the Anti-smuggling Law (5607).

The Pharmaceutical and Medical Preparations Law governing packaging and labelling of pharmaceutical products prohibits repackaging in Turkey unless permitted by the ministry – which tends to find repackaging necessary only if it is of benefit to the public rather than the manufacturer.

The advertising of pharmaceuticals is strictly regulated under several laws in Turkey, the most relevant being the Pharmaceutical and Medical Preparations Law. This prohibits the advertising of drugs to the general public – regardless of whether these are prescription-only products or over-the-counter drugs.

In case of breach of this restriction in the Pharmaceutical and Medical Preparations Law, heavy administrative monetary fines may be imposed. Where the advertising takes place online, the ministry can block access to the related website or webpage, and that block is enforced by the Information and Communication Technologies Authority.

Conversely, promotional activities are permitted only for healthcare professionals, so as not to encourage the unnecessary use of medicine. Free samples of products may be offered to physicians, dentists and pharmacists only. The law strictly prohibits donations to individual professionals. 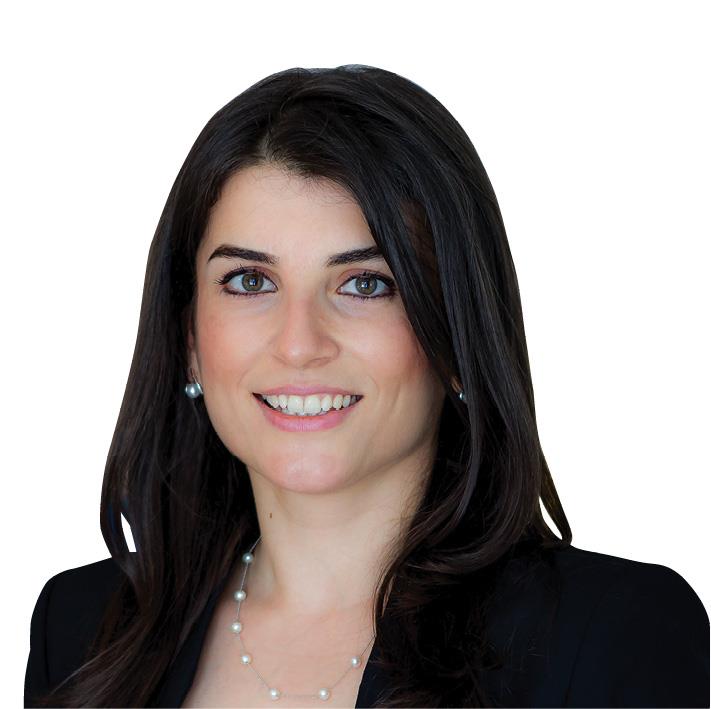 Yasemin Kenaroglu, founder of Kenaroglu Law Firm, has more than 12 years’ experience in IP law. She is a registered attorney at law (Istanbul Bar Association, 2003) and trademark and patent attorney (Turkish Patent Institute (TPI), 2005). She is an active member of the International Trademark Association (INTA) and the European Communities Trademark Association (ECTA). She has been recommended in the WTR 1000 and Managing Intellectual Property’s IP Stars as a leading IP practitioner. 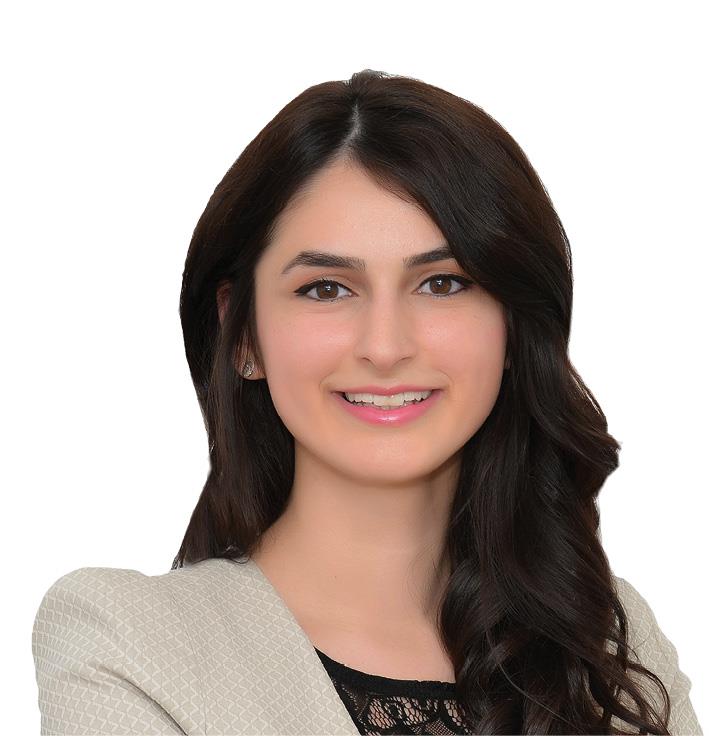 Yasemin Aktas Dag has been working at Kenaroglu Law Firm since 2011, mainly on IP-connected litigation, prosecution and enforcement matters. She is a registered attorney at law (Istanbul Bar Association, 2011), a trademark and patent attorney (TPI, 2013) and an active member of INTA, the International Federation of IP Attorneys and the International Association for the Protection of Intellectual Property.