In Jens Gudjonsson Ltd v Jensdóttir (Case E-4028/2012, May 23 2013), the Reykjavik District Court has considered whether the transfer of a business to a private limited company included the transfer of the trademarks used in the business. The decision also clarifies the legal effect of the recordation of an assignment.

In the 1960s Jens Gudjonsson established a firm in Reykjavik that produced and sold handmade jewellery. He used the following trademarks, designed in 1962: 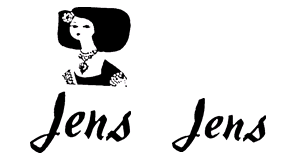 In 1992 a private limited company (plaintiff Jens Gudjonsson Ltd) was established by Jens Gudjonsson and his family. The business continued in the name of the new company. The defendant owned part of that company, but sold her shares in 1997 and established a new business under her own name and trademark.

In October 2008 the defendant recorded an assignment of the trademark registrations from Jens Gudjonsson to herself as an assignee. In June 2009 the plaintiff demanded that the defendant cease to use the marks since she had started to use them in parallel with her own trademarks. Jens Gudjonsson died in 2010 and, a month later, the plaintiff filed a request at the Patent Office for the transfer of the registrations to its name. The Patent Office rejected the request. The decision was appealed to the Board of Appeal, which decided that the Patent Office should refer the plaintiff's claims regarding the issue of the legitimate ownership of the registrations to the courts under Article 20 of the Icelandic Trademarks Act.

When the private limited company (the plaintiff) was established in 1992, an announcement to the tax director of Reykjavík regarding VAT obligations of the plaintiff confirmed that the business of Jens Gudjonsson had been taken over by the newly formed company. The defendant then owned part of the shares in the plaintiff, but sold her shares in 1997.

The court stated that it was sufficiently clear that the business had been transferred to the plaintiff when the company was established in 1992.

The court referred to Article 36, Paragraph 1 of the Trademarks Act, according to which a trademark right may be transferred along with the commercial activity in which it is used, or separately. Paragraph 2 of the same article mentions that, if a party transfers its commercial activities, the transferee shall acquire the trademarks belonging to it, unless otherwise agreed upon.

The court also referred to Article 37, Paragraphs 1 and 2 of the Trademarks Act, which states that anyone acquiring the rights to a registered trademark shall notify the Patent Office, which shall record the change of ownership in the Trademark Register. Until a transfer has been notified, the latest registered proprietor of a mark shall be deemed to be its proprietor.

Irrespective of the fact that an assignment from Jens Gudjonsson to the defendant had been recorded in the Trademark Register in 2008, the court stated that, according to the documents of the case, and in light of the plaintiff’s ongoing use of the trademarks, it was clear that, when establishing the company in 1992, the plaintiff had taken over all of Jens Gudjonsson's business, including the trademarks, within the meaning of Article 36, Paragraph 2 of the Trademarks Act. This finding was supported by other facts, such as the defendant’s sale of her shares in 1997.

The case confirms that, when a business/company is transferred and there is no written agreement to the contrary, the trademarks are also transferred, as stipulated in Article 36 of the Trademarks Act.