Trademarks and disclaimers: peculiarities and pitfalls of new BPTO strategy

In this context, the need to establish clear distinctions between pharmaceutical trademarks is crucial and disclaimers play a key role. Disclaimers impose limits on rights and provide guidance to trademark owners and their competitors. These limits are vital for pharmaceutical products, since they set clear boundaries on the elements of a trademark registration that are entitled to exclusive rights.

The new guidelines state that instead of agreeing and imposing individual disclaimers tailored to each specific trademark application, all applications granted after the enactment of the guidelines will simply bear a standard disclaimer as included in the corresponding registration certificate. The standard disclaimer will state that the parts of the trademark without exclusive protection, for whatever reason, are to be considered disclaimed and are not subject to exclusivity.

The standard disclaimer contained in the resolution reads as follows: “The protection afforded by the present trademark registration is limited by what is provided for in Sections 124, II, VI, VIII, XVIII and XXI of Law 9.279, of May 14 1996.”

Resolution 166/16 clarifies that the amendment is intended to facilitate the issue of decisions and the understanding of each particular case. However, it appears that the rules will have the opposite result – practitioners and trademark owners alike will soon face situations where the limits of each party’s rights are unclear.

Instead of clarifying the BPTO’s decisions, the new rules leave every trademark issued in a grey zone, as even for fully fanciful trademarks, the standard disclaimer may now be included in their registration certificates.

This is particularly dangerous in the pharmaceutical sector, since the lack of clear limits will open up the BPTO to disputes regarding the registrability of trademarks comprised of necessary or commonly used elements (eg, part of the name of an active ingredient or a translation thereof).

For example, Registration 820071587 for the word mark KETAMIN (the German, Swedish and Danish version of the anaesthetic ketamine) was registered to cover anaesthetics in Class 5, but was subsequently declared null. The fact of the mark’s original registration demonstrates how an erroneous decision can affect the rights of third parties, which are then blocked from using the term in the same field. Further, if a future registration were to comprise the same ‘ketamin’ element combined with other registrable elements and be subject to the standard disclaimer, it would be hard to determine whether a disclaimer was applied to the ‘ketamin’ element, since the standard disclaimer fails to address the portion of the trademark which is disclaimed and will necessarily appear on the registration certificates for all kinds of trademark, even those where no disclaimers apply. Indeed, it will apply on the registration certificates for clearly distinctive trademarks, such as GOOGLE and KODAK, making it impossible to determine precisely the rights under each issued registration.

The use of variations of the names of pharmaceutical substances is common practice and often results in a weaker mark, which is likely to result in coexistence with similar marks. If the BPTO fails to establish that a trademark lacks exclusivity over a certain element, a chaotic situation will arise in which even arbitrary and suggestive trademarks may be accused of being the object of the standard disclaimer. In the same way, the owners of trademarks comprising descriptive elements may end up trying to enforce these marks due to the lack of clarity regarding the limits of the rights granted by them.

Disclaimers are necessary to delineate the boundaries of the protection granted over the elements of a trademark. Hence, although it is both desirable and necessary to accelerate the trademark application examination process, the measures adopted for this purpose must be carefully considered. Unfortunately, the decision to drop the individual examination of disclaimers in order to accelerate the examination of pending applications will have a deleterious effect on the quality of the services rendered. In the absence of proper disclaimers, it is inevitable that the poor quality of BPTO decisions will generate significant uncertainty within the administrative and judicial spheres.

The BPTO has changed the internal rules that guide its trademark examiners when considering disclaimers (eg, the types of disclaimer that can be issued and how to interpret them) on multiple occasions. This irregularity and unpredictability has caused great uncertainty – including for the examiners themselves – which explains the BPTO’s drive to establish a better process and clearer regulations on this matter.

Nevertheless, the BPTO cannot treat disclaimers without due care, since they are necessary to achieve many different goals. Disclaimers impose a variety of limits, establish the freedom of use of elements that cannot be appropriated and warrant rights that would otherwise be deemed doubtful.

It thus seems irresponsible for the BPTO to cease providing this guidance to those that depend on it as a government body to analyse and assert their trademark rights.

The BPTO must remember that it rules on matters that ultimately have profound economic and social effects.

The absence of clear disclaimers will increase the potential for confusion in the pharmaceutical sector, and the resultant health risks may be sufficiently severe to fuel an increase in litigation, since the vague function of the standard disclaimer could either impose limits that should not exist or fail to impose the necessary limits.

A key facilitator of investment in any country is the possibility to obtain protection for one’s rights – including IP rights. By creating uncertainty for trademark owners through the lack of clear rights, the BPTO has taken several steps backwards in terms of Brazil’s economic growth. IP practitioners in Brazil will recognise this kind of behaviour – and attitude – from the BPTO.

Indeed, problems with the Brazilian Food and Drug Administration and economic insecurity will be all too familiar to those who have ventured into the Brazilian pharmaceutical market. The idea of moving into this already confusing area without the assurance of the necessary rights to deal with competitors, counterfeiters and other local peculiarities will likely serve to deter investors.

With its new guidelines, the BPTO has basically erased any possibility of clearly understanding the scope of protection granted by a trademark registration, throwing open the question of which disclaimers are applicable in each particular case.

Sometimes, the element disclaimed can be easily identified - although seldom with 100% certainty; other times, however, it is not at all clear what the disclaimed element is.

It was important that the BPTO establish new rules on the issue of disclaimers, but it is difficult to see the rationale for its decision that a single written formula could possibly apply to all trademarks and situations. Analysis should have continued on a case-by-case basis, as has always been the case, or simply cease altogether (which would have been far from acceptable).

The limits imposed on each case should be clearly communicated to society in general, as happens with the other elements of a trademark registration (eg, the owner’s name and the class of products or services covered).

A disclaimer imposed on a trademark should be regarded as information whose disclosure is vital for society in general, and even more vital for the rights holder itself – especially in the pharmaceutical area, due to health and regulatory issues.

A rights holder can appeal a decision to grant a trademark with a disclaimer (regarded as a ‘partial rejection’). The appeal enables the applicant to contest the disclaimer imposed on the registration.

This is especially relevant since the number of appeals against disclaimers pending before the BPTO is considerable and the new rules will directly affect their examination. They will now be examined in light of the new understanding that a standard disclaimer must be imposed, which will most likely lead to decisions that simply alter any disclaimer under appeal to the standard disclaimer.

With these new rules, the BPTO is denying applicants the possibility of appeal, since the decision issued and the exact limits imposed in each case will remain unclear. By putting these new rules into effect, the BPTO is obscuring the transparency of its actions, in contravention of the wording of Resolution 166/16, which states: “Whereas there is a necessity to confer uniformity of understanding, clear comprehension, transparency, celerity, efficiency and security in the technical decisions rendered in the examination of trademark applications.”

Indeed, this language extols multiple characteristics that are missing from the new system. Efficiency, transparency and clear comprehension cannot be achieved while the ambiguity of decisions necessitates further discussion; and security or certainty was undermined as soon as decisions based on the new rules started to be issued.

The BPTO envisages that the new rules will not apply to trademarks that are being renewed or that had already been granted or issued at the time the new resolution was enacted. Hence, the resolution will not harm rights that have already been acquired – which is especially fortunate for disclaimers that were imposed on registrations following judicial disputes.

Sadly, the BPTO has chosen to reduce its backlog by compromising quality, essentially opting not to address the issues for consideration during examination of a trademark application. Trademark applicants and owners must now add uncertainty of rights to the long list of issues – including lengthy delays before both the BPTO and the courts - that affect their decisions on whether to enter the Brazilian pharmaceutical market.

It is hoped that at some point the BPTO will reconsider the new guidelines, with the aim of once again providing clarity to those seeking trademark protection in Brazil regarding the limits, warranties and rights that derive from each trademark issued in the territory. 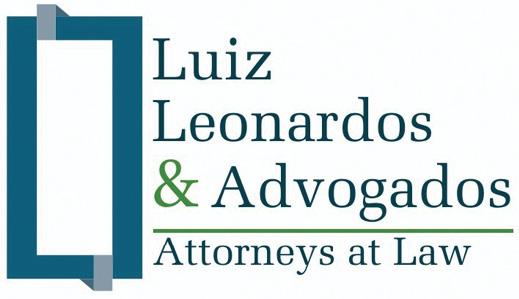 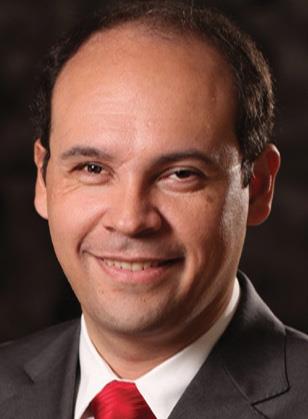 Marcelo de Oliveira Müller is head of the trademarks division of Luiz Leonardos & Advogados, with 22 years’ experience in trademark practice and an LLM in IP and technology law from the J Thomas McCarthy Institute for Intellectual Property and Technology Law, University of San Francisco School of Law (2004). His focuses include consultancy and prosecution in relation to agreements, trademarks, company names, domain names, computer programs, unfair competition, counterfeiting, copyright and the Internet. Mr Müller is a member of the Brazilian Bar Association, a licensed industrial property agent and a current member of the Unreal Campaign Committee of the International Trademark Association. He is fluent in Portuguese, English and French.