Trademark use requirements in Switzerland – what you need to know

In Switzerland, as in many other countries, trademarks must be used in order to stay in force. Entrepreneurs are often preoccupied with protection, but proper use must also be ensured after a successful registration.

The EU case of the MONOPOLY trademark, where the repeated filing of identical marks led to the cancellation of rights based on bad faith, illustrates the importance of using a mark (Sky plc v Skykick UK Limited (C-371/18) and Hasbro, Inc v European Union Intellectual Property Office (C-371/18)). In its decision, the General Court of the European Union highlighted that the protection of trademarks is justified “to the extent that these trademarks are actually used (point 50)” and ruled that through repeated filing, the applicant “deliberately aimed at circumventing a fundamental rule of European Union trademark law, namely the one related to evidence of use” (point 69).

In Switzerland, according to the Article 11(1) of the Swiss Trademark Act “a trademark shall enjoy protection to the extent that it is used in commerce in connection with the goods and services for which it is claimed”. The consequence of non-use after the grace period is that the mark is vulnerable to cancellation upon request of third parties.

Switzerland has its own peculiarities with respect to trademark use. With the implementation of the revocation action in 2017, compliance with Swiss practice became even more crucial to maintain trademarks rights.

Use can be valid nationwide or in just a specific area of Switzerland. Local use (one town) can be sufficient depending on the size of the company and its sector. Use includes the sale, the delivery of goods or services and their promotion if aimed at Swiss consumers. Use on the Internet is valid provided that it has a commercial impact in Switzerland. Criteria to evaluate whether this commercial impact is sufficient are given by the Federal Court (Federal Court 4A_335/2019, decision of 29 April 2020), such as the use of the ccTLD ‘.ch’, the possibility of the delivery of goods in Switzerland, the availability of the website in in Swiss languages and the location elements of the website. Affixing a mark to a product in Switzerland for export purposes is deemed as a valid use as well. According to the Convention between Switzerland and Germany Concerning the Reciprocal Protection of Patents, Designs, Models and Trademarks of 1892 (RS 0.232.149.136), use in Germany can be considered as valid use in Switzerland, provided the same mark is protected in both countries and that the holder has his domicile or a real and effective establishment either in Switzerland or in Germany. The use in Germany is appreciated in the light of Swiss regulations.

A trademark owner will lose their rights when the mark is not used for five years after the expiry of the opposition period with no opposition having been filed or upon conclusion of opposition proceedings, unless there are legitimate reasons for non-use (Article 12 of the Swiss Trademark Act). Interestingly, the start point of the grace period is not the registration date, unlike in the European Union, the United Kingdom or France. This is because in Switzerland a mark is registered first and then submitted for opposition. For international registrations, the starting point is either the end of the provisional refusal (if any) or the publication date of the notification of grant of protection in the WIPO Gazette.

What if the grace period expires in the course of an appeal or other proceeding? It was once the case that, according to the Swiss Institute guidelines, the invocation of non-use should be considered as inadmissible. However, the Federal Administrative Court overturned this practice in 2019 ruling that the lack of use can be invoked as a preventive measure during the elimination period (GERFLOR/GEMFLOOR case, TAF, Decision B-6675/2016, 19 June 2019). Therefore, if this time limit has expired when the authority takes its decision, it must then deal with the exception of non-use of the opposing mark provided the defendant raised the exception during their first counterstatement. As a precaution, owners should bear this risk in mind before initiating legal action, given that proceedings sometimes last several years. Defendants should not hesitate to preventively put forward the exception of non-use in their first counterstatement, especially where the grace period expiration is approaching. That being said, Swiss regulations are currently being clarified with the goal of avoiding preventive exception of non-use in future, as such a practice is in violation of regulations. A return to normalcy is expected.

What if the mark is used for a part of the registered goods or services only (partial use)? Since 2017 Swiss practice is quite similar to that of the European Union in this respect. The use in relation to a sub-category validates the right for the entire category provided that the goods or services of the sub-category have the same properties, purpose and destination as those covered by the general category. The protection cannot be extended to all similar products or services that may be considered similar when assessing likelihood of confusion, in particular to products or services that are considered to emanate from the same companies with regards to their usual place of manufacture or distribution. Nor will it be extended to a general indication formulated in broad terms, namely to a category which gathers a wide range of products or services - or even products or services that are different in nature. For instance, the Swiss Institute ruled that the use limited to sleeping pills does not mean use for the registered broad category pharmaceuticals. However, use for pharmaceuticals for the treatment of sleeping problems have been admitted (STILNOX/STILAXX case, IPI - Opposition STILNOX/STILAXX, 20 May 2020). The same reasoning was made in the recent RITALIN case. The trademark was registered for “medicines” and was used for “central nervous system stimulant containing the active substance methylphenidate”. The Swiss institute admitted the use for the sub-category of “medicines, namely psychostimulants” (IPI Revocation case Number 101492, 18 May 2021).

Use in an altered form

Swiss practice is strict when it comes to validating use of a mark in forms that are different from those that are registered.  The rule is that a mark should be used as it is registered (Article 11(1) of the Swiss Trademark Act). This is slightly softened by the Article 11(2), according to which “use in a manner not significantly different from the registered trademark and use for export purposes also constitute use of the trademark”. Criteria to assess whether the use constitutes an alteration of the distinctive character of the mark as registered are quite similar to those in EU practice. To give examples, use was denied to the following Swiss registrations.

On the contrary use was admitted in the following cases: 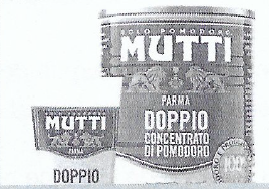 Trademark owners should keep use in mind when deciding on their protection strategy, such as type of use (eg, to gain market shares or as a defensive mark) in relation to which goods or services, where will the goods or services be produced, where will they be sold, over what time frame, in the whole of Switzerland or a small part only and under which forms will the mark actually be used. Use requirements must also be kept in mind for the entire lifetime of a trademark, including regularly gathering evidence of use and thinking about the need to file the modernised version of the brand to keep one’s trademark rights safe from being attacked from this angle.