THINS – not all they are crackered up to be

On appeal from two oppositions, the US Court of Appeals for the Federal Circuit has affirmed a TTAB refusal to register marks for CORN THINS and RICE THINS for snack cakes, finding that the marks were highly descriptive and had not acquired distinctiveness (Real Foods Pty Ltd v Frito-Lay North Am, Inc (17-1959 2009) (Federal Circuit 4 October 4 2018) (Wallach)). The court also vacated the TTAB’s decision to dismiss a claim that the marks were generic and remanded the issue back to the TTAB to determine the proper genus of the snack cakes covered by the marks and to conduct a new genericness analysis in light of the proper genus. 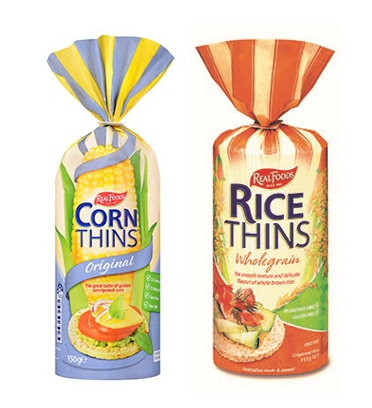 Frito-Lay opposed the registrations, arguing that the proposed marks should be refused as either generic or descriptive without having acquired distinctiveness. The TTAB refused registration of Real Foods’ applied-for marks, finding that the marks were “merely descriptive and have not acquired distinctiveness” but dismissed Frito-Lay’s genericness claim. Both parties appealed.

Real Foods argued that its marks were suggestive because they were really a double entendre conveying the low-calorie and diet-friendly characteristics of the snack cakes. The Federal Circuit found that the TTAB correctly rejected this argument, given that the word ‘thins’ is often used to describe snack products (eg, cookies and chocolate-covered pretzels) that are physically thin but high in calories.

The court also found that Real Foods failed to establish that the marks were protectable because they had acquired distinctiveness. The evidence showed that little money was spent on marketing and advertising the snack cakes and the overall sales figures were low. Moreover, research conducted on behalf of Real Foods found that consumers had little loyalty to CORN THINS and RICE THINS and a low preference for Real Foods’ snack cakes compared to those of its competitors. A Frito-Lay survey found that only 10% of consumers associated CORN THINS and RICE THINS with a particular source, and of those 10%, half associated the snack cakes with a source other than Real Foods. The Federal Circuit also acknowledged that while continuous use of a trademark for five years may establish acquired distinctiveness, Real Foods’ continuous use of the marks failed to do so because the marks were so descriptive.

Finally, the Federal Circuit addressed the TTAB’s dismissal of Frito-Lay’s claims that the Marks were generic. The court found that the TTAB improperly relied on the amended and narrowed scope of goods for the marks when determining that the genus for CORN THINS was popped corn cakes and for RICE THINS, rice cakes. Accordingly, the court vacated the dismissal of Frito-Lay’s genericness claim and remanded the issue to the TTAB for a proper determination of the genus.