Roger Evans speaks out about how vaping products are transforming the market and maintains that plain packaging may not be the best solution to tackle health concerns. 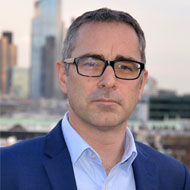 Roger Evans is head of trademarks
at British American Tobacco

British American Tobacco (BAT) is one of the five largest global tobacco companies, standing alongside Philip Morris, Altria, Imperial Brands and Japan Tobacco International. However, not content to rest on its laurels, the titan is now expanding into new non-combustibles. In this exclusive interview, BAT’s head of trademarks, Roger Evans, discusses how the company has developed a unique brand strategy alongside its potentially reduced-risk products (PRRPs) and argues that plain packaging can in fact have a negative effect on consumers.

Shake ups in industry – and legal

Evans joined BAT nearly nine years ago after spells in-house at rival Imperial and drinks giant Diageo. At the time, the 1902-founded company was largely dealing with its legacy brands – some of which were also over a century old. Since joining, Evans has overseen the creation of BAT’s PRRP range, which has involved a major rethink of how his department works.

The trademark team has undergone significant restructuring twice in the past four years to move resources from the traditional combustible business into PRRPs. “The amount of trademark activity for PRRPs has increased hugely in the last four years in line with the Group’s purpose to build ‘A Better Tomorrow’ and reduce the health impact of our business by offering our consumers a greater choice of enjoyable and potentially less risky products. Prior to that, lots of people were dealing with small aspects of the work, but it was inconsistent,” Evans recalls. After the first restructuring, a dedicated PRRP team was created and a transactional IP specialist was hired; the second restructuring focused even more people and exclusively on PRRPs.

Now the trademark work of the 19-strong department is split into distinct groups. The PRRP team has three separate arms each with their own counsel: vaping products, including e-cigarette brands such as Vype and Vuse; tobacco heating products; and modern oral. Outside of PRRP, there are also dedicated in-house counsel supporting around 200 of BAT’s regional brands across the globe, and another team that deals with the global drive brands (GDBs), BAT’s five biggest hitters: Rothmans, Dunhill, Kent, Lucky Strike and Pall Mall.

With the restructuring, the decision was made to delegate much back-end administrative and docketing work to Baker McKenzie’s global IP service centre in Manila. Through an array of external counsel, often part of Baker McKenzie’s network, BAT reaches across 180 markets worldwide.

Operating in the tobacco sector, Evans and his team contend with far more regulations than those in other consumables sectors. It is therefore a constant challenge to stay vigilant and ahead of any regulations in the jurisdictions where BAT’s products are marketed. Compliance for the PRRPs and GDBs is all handled through the central marketing team in London. Although the PRRP and GDB brands are conceived and developed in the United Kingdom, it is still crucial that, like all regional brands, the teams cooperate with in-market legal counsel. “Even in markets where regulations are similar, such as the European Union, there can be differences in each market. You need lawyers on the ground working in the operating company who are experts in the regulations that apply to that market,” Evans explains.

A second stage to the process is ensuring that brands comply with BAT’s own international marketing principles. These are absolute rules on what the company does and does not accept in how its products are marketed anywhere. For example, a product cannot be marketed to anyone under the age of 18 (or older if a market has a higher legal requirement). Even if a specific country allows under 18s to smoke, BAT will not advertise to them. Other rules include not marketing products to suggest that they improve social or sexual success. Once it has passed this test, a campaign is checked by the legal and external affairs team to ensure that it complies with market-specific regulations.

The potential pitfalls of plain packaging

A regular part of Evans’s work is to curb the influx of counterfeit, fake and illicit white products (the latter being cigarettes that are legally produced with their own brand names, only then to be smuggled illegally into other jurisdictions and evade taxes). Evans believes that trade in illicit whites has increased thanks to the growing application of plain packaging laws around the world.

“Plain packaging prevents BAT from using its trademarks,” he says. “This results in the commoditisation of the category. In plain packaging markets, the ability for consumers to differentiate products on quality is removed. Price becomes the most important factor and the people who offer the lowest prices are the counterfeiters and the illicit traders.”

Thanks to plain packaging obscuring the value of BAT’s trademarks, Evans is concerned that illicit traders have been fortified in their ability to harm consumers. What is more, the regime has hindered governments’ ability to reduce tobacco use, limited their capability to effectively tax tobacco products and increased harmful criminal activity.

Although BAT still owns the trademarks for its brands in plain packaging markets, many of them are not in use. Thankfully for BAT, the marks are not at risk of non-use claims as the law generally makes an exception where marks cannot be used for good reason. This means that BAT can defend itself against infringement, but it does not help consumers, Evans argues: “There’s no compelling evidence anywhere that plain packaging reduces smoking. The ability for us to enforce our trademarks is a small issue compared to our ability to communicate our brands and products to consumers, who use trademarks as a guarantee of quality.”

Through an anti-illicit trade team, BAT can still take down the operations bringing damaging goods into marketplaces. Customs is informed and trained to spot illicit versions of the company’s products and an anti-illicit trade lab in Southampton can quickly differentiate between genuine products imported illegally and counterfeit products outright.

As head of trademarks, Evans oversees all work across traditional combustibles to the newer PRRP range. It is in the PRRP team that he has been fascinated by the constant need for innovation.

BAT filed its first trademark for VYPE seven years ago. “Back then, we had no idea which trademark class vapour products would sit in. We had just three days to clear a brand name in 10 priority markets,” he admits. They originally filed in four different classes: 5, 9, 10 and 34. Now it is understood that vape products should be registered in Class 34, but there has been some confusion along the way. “While it was clear that the tobacco consumables for tobacco heating products would sit in 34, it was unclear if the device that heats them would sit in 9 for electronic goods, 11 for heating apparatus or 34 as a quasi-smokers’ accessory,” he notes.

Other complications arose thanks to the large number of new components involved in PRRPs that may or may not need protecting. “With Vapour products you have dozens of flavours of consumables. Do you do a full trademark clearance on your flavour descriptors then?” Evans asks. “No, as it would bankrupt us.” Instead, for potentially descriptive elements such as flavours, the company has employed tools including CompuMark’s TM go365 to obtain cost-effective clearance.

The PRRP market contains a large number of smaller players trying to make a dent in the burgeoning industry. With this comes inevitable – and often accidental – infringements. “We used to have it a lot with e-liquids where people used our brand names to give an indication of flavour,” Evans explains. While that is no longer an issue, the occasional small business will be found incorrectly using BAT’s marks. “The best thing to do is have a conversation and explain the issue – they are generally more receptive to that approach than an aggressive letter.”

As PRRPs continue to transform the tobacco industry, Evans has relished the challenge of adapting the trademark teams to handle it. “When I joined BAT, it was a traditional tobacco company. The work was related to sub-brands and the packaging of existing brands,” he says. “Now we have the excitement of filing the first marks for a PRRP that becomes a huge global brand. That’s really exciting for a trademark lawyer.”