“The Stan Lee name is the most important asset”: exclusive interview with POW! Entertainment’s Relani Belous

Continuing our series of interviews with some of the world’s leading corporate trademark professionals, World Trademark Review spoke to Relani Belous, who outlines the brand challenges she faces in her role as general counsel of Stan Lee’s POW! Entertainment.

Relani Belous previously held the top legal job at Penthouse Global Media and has served as IP counsel at the FriendFinder Network, MGM Studios and Ventura Distribution. Belous’s latest appointment is as general counsel at Stan Lee’s POW! Entertainment, a position she took up in November 2017.

Founded by the iconic former editor in chief of Marvel Comics, multimedia POW! Entertainment owns the rights to Lee’s personal brand, as well as to a wide range of productions, including Striperella animation, TV show Stan Lee’s Superhumans and book series the Zodiac Legacy. Belous joined the company’s compact team as its first ever in-house lawyer, just months after it was purchased from Lee (and his business partners) by Camsing International Holding – a Hong Kong-listed organisation that specialises in merchandising, marketing and licensing in the entertainment and sports sectors.

Given the company’s creative output, and its affiliation with one of the most famous and distinctive characters in the comic-book world, intellectual property was a key driver for the takeover. While Belous has taken on a broad set of legal responsibilities, the main focus of her new role is to protect POW! Entertainment’s brand and creative output, while overseeing its various partnership agreements. “At the end of the day, our new owners were attracted to the company because of its IP – that’s the value of the business,” she explains.

Becoming the first in-house counsel of an IP-heavy company comes with a distinctive set of challenges, including getting up to speed on the organisation’s existing rights and agreements, and developing new, efficient systems to manage its portfolio.

“The important thing at the moment is pulling the trademark portfolio together,” Belous admits. “That and going through the contracts one by one to see what is there. Sometimes with smaller companies, the portfolio isn’t as fluid or as organised as you would like. There were not really any data management systems here when I started, so a certain amount of organisation was needed. You don’t want to have to shift through 18 pages to find something! And, in general, if a contract requires eight people to explain it, it’s highly likely it wasn’t drafted very well.” 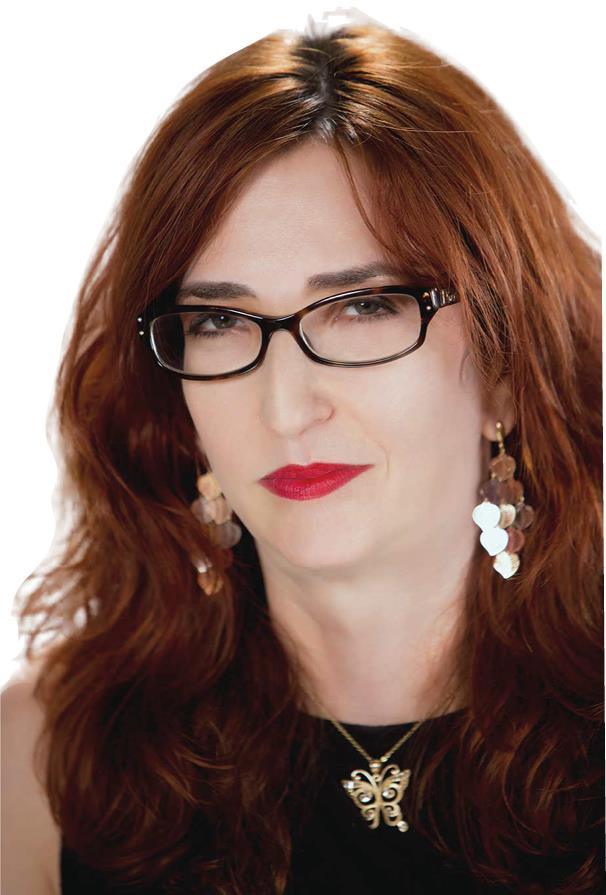 “In my previous role too, I was the sole lead counsel and worked with a small team,” she continues. “But, given that, I look to create a team from the vast resources of professionals in my network. As I was at Penthouse for several years, I – along with my assistant – created the department, and things were very organised. We had created a system: we had spreadsheets of the trademarks by country, mark by mark – and third parties could easily work with the information we had. I am now building that up here at POW! Entertainment.”

The type of portfolio Belous is seeking to build is shaped by the fact that, unlike at her previous companies, POW! Entertainment’s brand is closely associated with one man, who – though now an employee, rather than an owner – lends credibility and appeal to the products launched under the organisation’s umbrella.

“The Stan Lee name is the most important asset,” Belous reflects: “The owners bought Stan’s brand, his reputation, his legacy. Movies come and go, but it’s the brand that endures. Ultimately, there is nobody like this guy: when you think of comics, you think of Stan Lee; it’s like Steve Jobs or Bill Gates for the genesis in the realm of technology. Stan has basically changed the way that superheroes are viewed. So you have to protect and preserve that brand – and the idea is to build up the properties under the Stan Lee moniker.”

So while acquiring copyrights for the company’s productions is a major focus, ensuring that the core Stan Lee brand is protected worldwide is at the top of Belous’s list of priorities.

Building watertight protection for these crown jewels requires careful work. “The things we are working on categorically need to be done right,” she argues. “While it was correct to perform some tasks straight away, others we held off in order to get them right.”

Multimedia POW! Entertainment owns the rights to Stan Lee’s personal brand, as well as to a wide range of productions

As with most well-known brands, POW! Entertainment also faces some tough brand enforcement dilemmas, especially in the online space. Some of these tricky enforcement questions are a direct result of Lee’s legions of adoring fans, which means that there is great potential for so-called ‘good-faith’ infringement.

“What is the difference between a fan site and an infringer?” Belous ponders. “It is often hard to say. How much money are they making from it? People often use Stan’s name or embed his image. And while you want fans to be doing that, you have to look at it from a legal perspective. It becomes a problem, for example, if someone is starting an online store and is using Stan’s name. Yes, it’s a celebrity name, but people use it in a wrong way – to drive traffic – and then they are inappropriately taking away from the company, from our brand. And they are also often palming off something that isn’t theirs.”

She elaborates: “The challenge is that Stan has an enormous fan base. And while there are extreme cases, sometimes it’s more challenging; people have good intentions, and it can be more of an educational process than a policing activity.”

With the rise of social media, enforcement strategies must always be tempered by the need to avoid reputational damage. “One has to be very careful today with the Internet, especially with cease and desist letters,” Belous warns. “Once you have sent something, it can be posted online and all of a sudden you are labelled as an evil company. Sometimes you have to tread lightly, making suggestions as well as demands. It’s an evolving process for me.”

Working effectively as part of a smaller organisation

These challenges can be magnified when working within the constraints of a smaller organisation. POW! Entertainment has only a handful of staff, including the 95-year-old Lee. Along with her legal intern, Belous is responsible for the global IP portfolio.

Given budget and bandwidth constraints, she thus has to work as effectively as possible. “You are forced to prioritise, to choose where to put your financial and mental resources. And you cannot ever look away!”

These constraints make it especially important for her to work effectively with external counsel around the world. “We need lawyers who understand what our business is – and more importantly what it is not – and who are cognisant that we are a smaller company that needs nimble counsel to think outside the box and be an adviser,” she points out. “Here in the United States, I know people who can do that. The difficulty is in other parts of the world. Going to trade conferences like INTA plays a key role in being able to vet firms. In Asia, I have been through several firms in the past, because they were not listening to what we needed.”

However, there are also many advantages to working as part of a compact organisation. Whereas corporate trademark counsel in many companies worry about making sure that other departments understand IP issues and factor them in when making decisions, Belous is able to work closely with her company’s executives, who already have a keen interest in intellectual property.

“Because I have experience with smaller organisations”, she continues, “I have been in direct communication with the C-suite. I understand what they are looking for – that they want solutions and not problems”.

Indeed, despite the distinctive challenges associated with her new role, Belous in many respects has a ready-made skill set for the position: with more 17 years’ experience in the sector, she has successfully managed key IP assets and licensing agreements internationally and across a range of media. “I have enough experience that I know what to do when things go awry and I can usually spot them before they happen,” she explains. “I bring a mixture of business-related, technological and legal knowledge.”

Certainly Belous’s latest role frees her from some of the constraints she faced in her previous position at Penthouse. “I can do a lot more deals now than I used to be able to do,” she points out. “I have fewer restrictions in terms of who I can work with, broadcasting times or advertising. So there are now more possibilities; this brand cuts across all age groups.”