The US Court of Appeals for the Federal Circuit (CAFC) has turned down a request by dance rock band The Slants to force the US Patent and Trademark Office (USPTO) to publish the trademark for the band’s name for opposition. This follows a December 2015 appellate court ruling in In re Tam that the barring of US trademarks that are scandalous or immoral is unconstitutional.

On December 22 2015 the Federal Circuit reversed the refusal of the Trademark Trial and Appeal Board (TTAB) to register the mark THE SLANTS for entertainment in the form of a musical group. The court held that Section 2(a) of the Lanham Act, which bars the federal registration of trademarks that consist of or comprise “immoral, deceptive, or scandalous matter; or matter which may disparage or falsely suggest a connection with persons, living or dead, institutions, beliefs, or national symbols, or bring them into contempt, or disrepute”, was unconstitutional and should be reversed.

Shortly after the ruling, the founder of The Slants, Simon Tam, submitted to the USPTO a request for timely compliance with the court’s mandate or, alternatively, for it to set forth the basis in law for such non-compliance. On March 10 2016 the USPTO responded by issuing an examination guide confirming that, with both the scandalousness and disparagement provisions of Section 2(a) subject to active court litigation involving their constitutionality, the USPTO would be suspending action on pending applications involving marks subject to refusal under these provisions. The Tam decision remains subject to potential Supreme Court review and the USPTO reported: “Any suspension of an application based on the disparagement provision of Section 2(a) will remain in place until at least the last of the following occurs: (1) the period to petition for a writ of certiorari (including any extensions) in Tam expires without a petition being filed; (2) a petition for certiorari is denied; or (3) certiorari is granted and the US Supreme Court issues a decision.”

A day later, the Office of the Solicitor for the USPTO responded to Tam’s submission, confirming that there would be no further proceedings until any of the aforementioned three outcomes occurs. However Tam, represented by Archer & Greiner, subsequently filed a petition for a writ of mandamus to the director of the USPTO, asking the court to order the office to publish THE SLANTS for opposition in the Official Gazette.

To obtain a writ of mandamus, one condition that must be met is that the party has no other adequate means to attain the desired relief. On this point, Tam stated that he was unable to move forward with his trademark registration solely on the ground of the USPTO’s interpretation of Section 2(a), contrary to the court’s rulings. Further, he argued that the decision to suspend the application was “clearly erroneous and conflicts with the unambiguous language of the opinion and judgment”.

The court disagreed and issued a refusal. The decision noted: “We find no clear abuse of discretion in the Director’s determination in this case to suspend the matter pending possible further proceedings before the Supreme Court.” 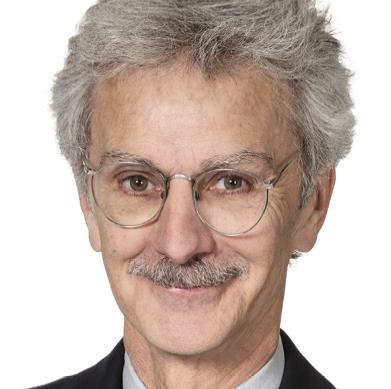 It appears to me that Mr Tam was plainly overreaching in seeking a writ of mandamus from the CAFC. An appellate court cannot be expected to issue such a writ except in a case where a lower tribunal is flouting an order of the court or clearly failing to carry out its duties. Here, the TTAB was not ordered by the CAFC to publish Tam’s application by a particular deadline, and the USPTO reasonably decided to suspend the application while Supreme Court review of the CAFC decision was being considered. In short, this seemed to be a rather quixotic venture on Tam’s part.