The results are in on the ITC

The US International Trade Commission is a powerful and cost-effective weapon in the ongoing brand protection war, but remains underused.

The US International Trade Commission (ITC) investigates imports connected with unfair acts such as IP infringement and directs US Customs and Border Protection (CBP) to exclude those products from the United States. In 2012 around 75% of all exclusions by the CBP resulted from ITC investigations into brand protection claims sought by Crocs, Inc (for its foam footwear) and Philip Morris (for counterfeit cigarettes). That figure is remarkable on its own, and even more so in light of the fact that brand protection claims comprise only a small fraction of ITC investigations. Naturally, this begs the question of why more companies do not use the ITC as a weapon in the brand protection war.

The ITC’s potency in the fight to protect valuable brands stems from its unique rules, fast docket and the fact that its exclusion orders are enforced by the CBP, whose agents are trained to inspect and seize products subject to ITC exclusion orders. Once an ITC decision is obtained, the CBP can help to carry out the brand owner’s work and multiply its efforts to keep infringing goods out of the United States. Further, unlike in federal district court, where jurisdictional skirmishes often frustrate and delay brand protection efforts, the ITC’s jurisdiction is in rem – that is, based on the imported article – requiring only a single actionable product to initiate an investigation.

Given the advantages and proven effectiveness of the ITC, companies facing pressure from infringing imports should consider this forum when choosing where to allocate their enforcement dollars. Bearing in mind that the CBP will undertake the enforcement effort for many years following the investigation, the ITC can be great value compared to federal district court enforcement efforts intended to curtail the same imports.

The ITC is a quasi-judicial agency located in Washington DC charged with administering Section 337 of the US Code, the powerful statute that allows the ITC to protect US companies from unfair imports. Section 337 broadly prohibits “unfair methods of competition and unfair acts in the importation of articles… into the United States”, which can include anything from statutory or non-statutory IP infringement (eg, trademark, trade dress or copyright infringement) to advertising injury and breach of contract. The ITC has much experience investigating brand protection claims concerning trademark, trade dress and design patent infringement, and grey-market imports.

The vast majority of all brand protection claims in the past 15 years ended in default, a consent order or settlement, meaning that such claims rarely go to trial, particularly where the accused products are illicit to begin with. Investigations move fast and a final determination usually issues in 15 months or less. Relief may come as fast as a few months against defaulting parties. This is a stark contrast from federal district court litigation, where the time between filing the case and trial can be years.

Proving a violation of Section 337 is straightforward and is particularly streamlined where statutory intellectual property such as a patent, trademark or copyright registration is at issue. Complainants alleging infringement of patents, and registered trademarks and copyrights must prove the ‘three Is’:

To prove a domestic industry, a company need not produce the article that practises the asserted intellectual property, which can instead be carried out by a contract manufacturer or licensee, either in the United States or abroad. A domestic industry can be established provided that a complainant can demonstrate the following investments relating to articles that practise or embody the asserted intellectual property:

‘Significant’ and ‘substantial’ do not mean that the investments must be most or all of a company’s domestic spend. The absolute and relative amounts may be modest, provided that they are significant in the context of the company’s business or compared to the broader industry’s investments for similar efforts.

When other unfair acts are alleged, such as trade dress or unregistered trademark infringement, complainants must prove injury or threat of injury to the domestic industry. Injury may be shown through, for example, lost actual or potential sales, royalties, income, profits or customers, and other harm to the complainant’s business attributable to the unfair imports.

The remedies offered by the ITC are a unique feature of Section 337 litigation. Unlike in federal district court litigation, monetary damages are not available. Instead, the ITC possesses the authority to issue two types of remedial order: limited, general or temporary exclusion orders, and cease and desist orders.

The remedies available under Section 337 are:

ITC is an efficient forum

In addition to speed, the ITC offers several advantages over federal district court to companies grappling with how to stop infringement by imports:

Under Section 337, the ITC can investigate a number of unfair methods of competition, including trademark infringement, copyright infringement and trade secret misappropriation. Accordingly, companies that are aware of the ITC’s remedies and its fast-paced procedure have used the ITC enforcement actions as part of their overall brand protection programme. Three examples illustrate this point: Crocs, Philip Morris and Louis Vuitton.

Crocs took the world by storm in the early 2000s with its distinctive foam footwear, which it protected with design and utility patents.

To stem the flow of these products and protect its brand, Crocs filed an ITC complaint asserting design and utility patent infringement and trade dress infringement (Crocs later dropped the trade dress claims in an apparent effort to streamline the case). 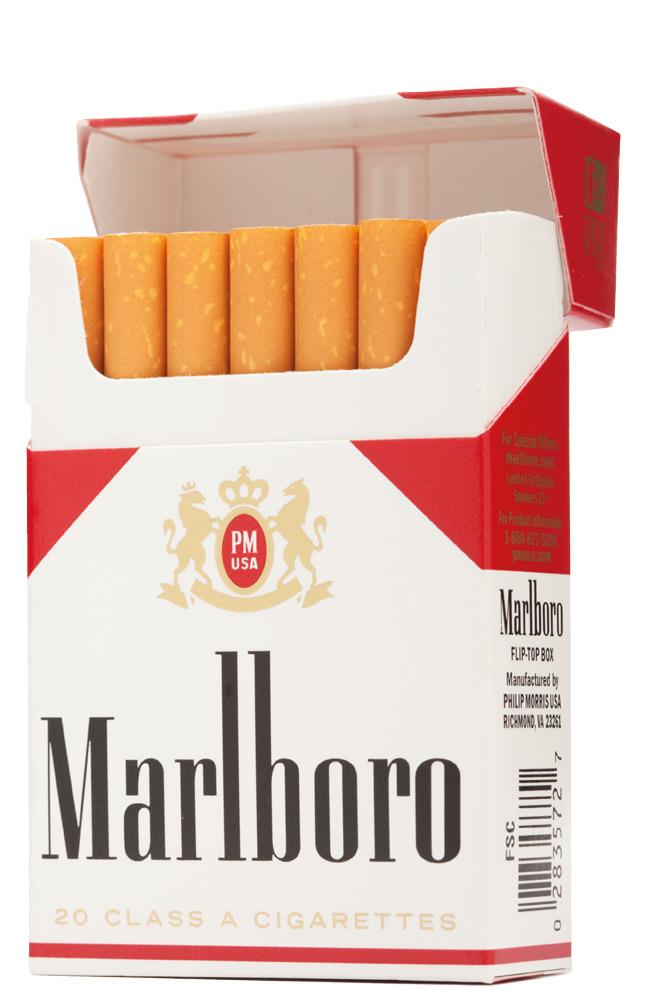 The ITC found that accused companies had violated Section 337 by selling for import into the United States grey-market cigarettes that infringed Phillip Morris’s MARLBORO, PARLIAMENT and VIRGINIA SLIMS trademarks

Philip Morris protects its cigarettes with registered trademarks and sells its branded cigarettes worldwide with regional restrictions on distribution. 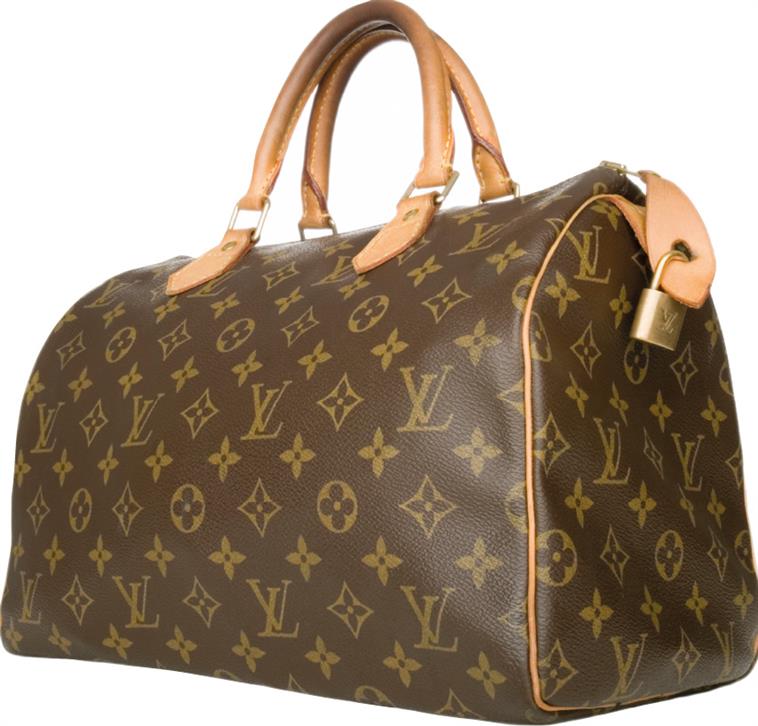 Famous French fashion house Louis Vuitton offers high-end luggage and bags, among other luxury items, on which it uses its Toile Monogram trademark.

Louis Vuitton alleged, and the ITC found, that a husband-and-wife team was manufacturing and importing confusingly similar products and exact copies that traded on Louis Vuitton’s Toile Monogram mark.

The couple conducted business through a constellation of companies that made it difficult for Louis Vuitton to identify the source of the infringing product. The ITC found that before resorting to the commission, Louis Vuitton had engaged in extensive civil activities in the United States, including cease and desist letters and district court actions, and criminal investigations that resulted in arrests. However, the fact that one of the named parties could produce up to 200,000 units per style, per month, combined with the inherent anonymity of internet sales operations, made it unfeasible to pinpoint the source of the infringing goods. The ITC also noted that the evidence showed that the accused businesses could be easily formed and dissolved, further frustrating enforcement efforts, and that the barrier to entry on the market was low. In view of these findings, the ITC issued a general exclusion order barring the entry of infringing products from any source.

Brand owners in all industries should consider adding ITC actions to their arsenals. Methods such as online monitoring, site raids and conventional lawsuits through the US and Chinese court systems are still necessary, but should be seen as elements in a multi-pronged strategy. Site raids are effective because they often raise the costs and risks of doing business for counterfeiters. Counterfeiters may incur fines, face jail time or lose inventory and manufacturing capacity due to raids and seizures. Although district court lawsuits can be effective, they are becoming prohibitively expensive as infringers multiply and often vanish, only to reappear under a new name and address, making it impossible to trace them, let alone add them as defendants to existing actions. Such efforts should be part of a brand owner’s armoury. However, as the problem of counterfeiting and grey-market goods distribution escalates, brand owners should look to the ITC and the in rem jurisdiction that it offers as an additional and efficient means of attack. It is a weapon that, when successful, enables the CBP to do the brand owner’s work. Indeed, more companies should use the ITC as a weapon in the ongoing brand protection war.

Whether the infringement involves luxury goods, textiles, electronics, pharmaceuticals or other products, brand owners must continue to enhance their enforcement efforts to prevent counterfeits from reaching the stream of commerce. Section 337 actions offer brand owners an additional tool to counteract the negative effects of counterfeit goods.