Is this the last word on OPTIMA?

A recent decision by the EU General Court (Case T‑465/16) involved use of the term ‘Optima’ by Spanish companies Cotécnica, SCCL and Visán Industrias Zootécnicas, SL.

Cotécnica had filed the following figurative EU trademark application for “foodstuffs and fodder for animals” in Class 31: 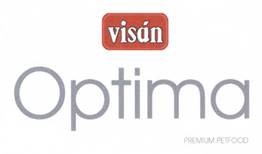 The EU Intellectual Property Office (EUIPO) Opposition Division accepted the opposition, but only as far as the opponent’s figurative EU trademark. Cotécnica appealed the decision.

The EUIPO Second Board of Appeal dismissed the appeal, also deciding to examine the opposition only with respect to the earlier figurative mark.

Regardless of the clear similarities between the goods (which was not considered) the board of appeal held that in each of the marks the word element 'Optima', despite its weak distinctive character, dominated the overall impression on account of its position and size, while the backgrounds (black square and red rectangle, respectively) would be perceived by consumers as secondary decorative elements. The decision also held that the terms ‘Cotecnica’ and ‘Visán’ would be unnoticed due to their size.

The board of appeal also concluded that there was a likelihood of confusion, or at least a likelihood of association, between the marks, notwithstanding the weak distinctive character of the earlier mark.

Cotécnica appealed the decision before the EU General Court, which has upheld the two earlier decisions and dismissed the appeal.

The fact that the same position has been adopted in these decisions at three levels implies a clear victory for the opponent. However, as outlined below, it may not be as clear as it first appears.

The EU General Court (as with the EUIPO Opposition Division and the Second Board of Appeal) did not consider that the terms ‘Cotécnica’ and ‘Visán’, even if they were smaller than the word ‘Optima’, would lessen the likelihood of confusion and, in particular, the likelihood of association. However, the terms were positioned as the opening elements in the logos and they had a strong identifying character, given that they were the main names of the owners of the marks in conflict.

It could be argued that this case is not as clear cut as the outcome of the two appeals might suggest (one final stage of appeal remains if it is appealed before the European Court of Justice). As is well known, in addition to the similarity of the signs and the goods or services, which are the two key requirements for applying Article 8.1(b) of the EU Trademark Regulation, the conclusion must also be reached that there is also a likelihood of confusion or association. However, it may be that neither likelihood exists in the cases at hand, even if it has been concluded in the comparison of the signs and the goods that there are similarities on both fronts.

While it may be correct to state that the dominant element of the signs under comparison was the word 'Optima' and that the marks were similar as a whole, the weak distinctive character of that word and the inclusion of the names of the owners of the marks could have led to the conclusion that there was no likelihood of confusion or association. The owners’ names were included in both marks and although small were clearly legible.

From the perspective of the average consumer, when a laudatory term such as ‘Optima’, ‘Maxima’ or ‘Super’ is used, more attention should be paid to the other elements of the mark. If an element is a non-generic word, which appears to be a name, it can be assumed that it is the manufacturer or the distributor of the product. This is an important consideration because 'Optima' is reminiscent of ‘Optimo’, which is a generic term meaning ‘the best’.

Finally, the EU General Court stated that 'Optima' would not be understood in many EU languages.