The Intel Rule: latest corporate effort to encourage diversity in law firms set to roll out 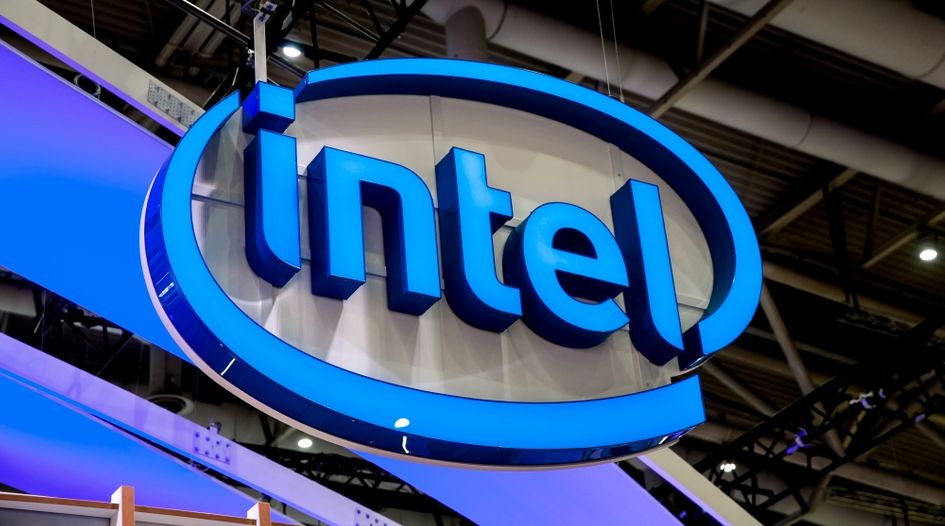 Intel’s executive vice president and general counsel has officially announced a new rule which – from 2021 - will see the company only work with law firms that are “above average in terms of diversity”. The move is the latest in a series of corporate measures designed to both encourage and facilitate increased diversity in law firms.

In an editorial on its corporate website, Steven R Rodgers reveals that in 2004, Intel teamed up with more than 100 other corporations to call for action to promote diversity in the legal profession. Fast forward to 15 years on, and he laments that progress has been “frustratingly low” – with surveys pointing to only around 20% of full equity partners at large law firms being women and less than 10% underrepresented minorities. Depressingly, he observes: “The data suggest[s] that the largest 200 firms in the country as a group will not reach 50% women and 33% racial and ethnic minorities in their equity partner ranks – which would mirror the composition of recent law school graduating classes – for at least another 50 years.”

As such, he points to the need for a more audacious approach to encourage change, with the so-called ‘Intel Rule’ being one aspect of this. Specifically, from 1 January 2021, the company will not retain or use outside law firms in the US that are average or below average on diversity: “Firms are eligible to do legal work for Intel only if, as of that date and thereafter, they meet two diversity criteria: at least 21% of the firm’s US equity partners are women and at least 10% of the firm’s US equity partners are underrepresented minorities (which, for this purpose, we define as equity partners whose race is other than full white/Caucasian, and partners who have self-identified as LBGTQ+, disabled or as veterans).”

He adds: “We understand that doing this may deny to us the services of many highly skilled lawyers, perhaps including the services of some law firms with which we have worked for decades. But Intel cannot abide the current state of progress – it is not enough, and progress is not happening fast enough.”

Interestingly, the thresholds are not asking for a significant shift towards 50-50 equality. Rather they are designed to encourage firms to move to an ‘above average’ level. Therefore this is just one small step forward, the rationale being that this would be the start of a series of incremental steps that are needed. In this regard, the next stages for Intel (aside from future rises in the required thresholds), notes Rodgers, will be to expand diversity requirements beyond both the top tier of equity partners at firms and beyond the US border.

This will, of course, not be without challenge. Rodgers himself notes that the internal discussion over the rule was the subject of debate. For instance, there will be times when adhering to the rule is challenging. One such is in the IP world, specifically patents: “In the area of patent prosecution, which presents distinct challenges in the area of gender diversity, we will make appropriate adjustments to balance our goal to drive greater diversity in the legal profession with our needs for specialized (and sometimes unique) technical skills.”

However, some disruption is clearly needed. And while the patent space is specifically identified by Rodgers as one problematic area, the trademark world is not without its diversity challenges – across both the law firm and corporate environment.

In conversation with one high profile industry practitioner at the INTA Leadership Meeting last week, it was observed that while compared to some other parts of the legal industry, trademarks seemingly does better in terms of gender representation (not to say that it couldn’t do much better), it falls down in other areas of diversity. For example, look at the make-up of executive boards at a number of associations, she observed, and women are often well-represented. Yet other ethnic and minority groups are more obviously largely absent.

Thus, Intel’s move is to be applauded. This is not to say it is the only company seeking to encourage change. Rodgers himself points to corporate efforts stretching back over a decade and another company that has been proactive in both messaging around this issue and taking tangible action to encourage change is Facebook.

Earlier this year, it selected Kilpatrick Townsend & Stockton firm as the inaugural recipient of its “law firm diversity champion award.” Facebook’s process in selecting its ‘champion ‘included gathering diversity data from 40 of its largest spend law firms and then ranking them. The foundation of the scoring system was each firm’s level of compliance with Facebook’s billing guidelines requirement to both staff its matters with women and minority lawyers, as well as give those lawyers meaningful leadership opportunities.

Thus, Facebook is taking a two-pronged approach. Giving high profile praise to those firms deserving of it, while having own quotas which are used to exclude firms that don’t measure up – the company requiring all of its outside counsel law firms to staff its matters with at least 33% women and diverse attorneys and provide those attorneys meaningful and measurable leadership opportunities.

In terms of its relationship with Kilpatrick Townsend, this has led to the creation of three joint initiatives aimed at addressing diversity in the attorney pipeline. Together, Facebook and Kilpatrick have developed a ‘legal scholars programme’ for incoming law students, a summer associate programme and a leadership connections programme for diverse mid-level and senior Kilpatrick Townsend associates, the latter aimed at helping position them for promotion to leadership roles by facilitating networking and work experience with Facebook attorneys.

Of course, while the focus of scrutiny, the law firm sector itself is not sitting idly by. For example, in 2017, Diversity Lab partnered with nearly 50 leading US law firms to pilot the inaugural version of the ‘Mansfield Rule’. Named after Arabella Mansfield (the first woman admitted to the bar in the United States), under the rule, law firms pledge to consider at least 30% women, LGBTQ+ and minority lawyers for partnership and significant leadership roles. Participation and scope has grown and in September Diversity Lab announced the 102 firms which were piloting Mansfield Rule 3.0, which measures whether law firms have affirmatively considered at least 30% women, attorneys of colour, LGBTQ+ and lawyers with disabilities for leadership and governance roles, equity partner promotions, formal client pitch opportunities, and senior lateral positions.

Later that same month, Diversity Lab unveiled its Move the Needle Fund, “the first collaborative effort designed and funded with $5M to test innovative initiatives to create a more diverse and inclusive legal profession”. Through the programme – supported by corporate legal departments including from Ford, Gap, HP, Pfizer, Starbucks and Uber ­– stakeholders will create an experimental ‘laboratory’ in which new approaches will be incubated, over five years, in participating law firms.

However, across the industry and across the globe, there is clearly more to be done and Intel’s latest announcement illustrates both the willingness of corporations to speak out on the issue and adopt disruptive tactics in a bid to encourage increased diversity in all of its guises. Across all industries, change can not only come from within, so initiatives such as Intel’s are to be applauded.