The dangerous legacy of Axact: how a ‘diploma mill’ in Pakistan led to a trademark scam epidemic 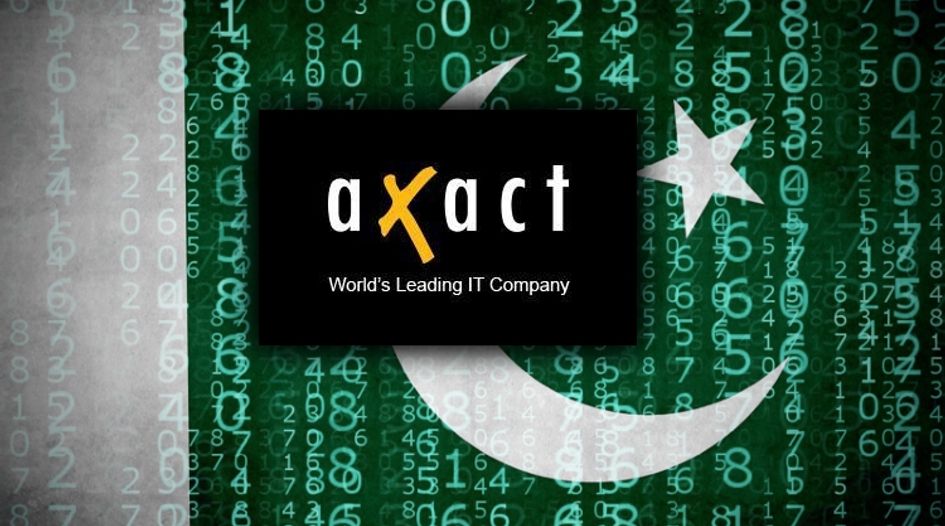 Following a year marked by fraud targeting brand owners, an expert on Pakistan matters tells WTR how a notorious IT firm called Axact, which ceased operations following a high profile criminal investigation, directly led to ongoing scam operations. Further research finds dozens of high-ranking employees at the IT companies Abtach and Digitonics Labs, both of which have been accused of operating fraudulent trademark agencies, previously worked for Axact.

Since February 2021, WTR has reported on concerns related to low-cost filing agencies including Trademark Terminal, Trademark Axis, Trademark Falcon, Trademark Regal, and USPTO Trademarks. They had come under criticism following a swathe of customer complaints and unusual activity identified on thousands of trademark applications filed at the USPTO. In May, WTR revealed how the websites were spending thousands of dollars a month on adverts on Google.

Also in February, we reported on “the biggest money laundering case in the history of Pakistan”, which saw local authorities arrest a number of individuals from an IT company called Digitonics Labs. The company had been charged with allegedly operating over 200 fraudulent websites, including a number of low-cost trademark filing platforms such as the aforementioned ‘USPTO Trademarks’. In July, a further investigation revealed that Trademark Terminal (and its sister sites) appeared to be operated by Karachi-based IT company Abtach. Earlier this month, the USPTO – in one of the biggest anti-fraud crackdowns in its history – issued a strongly worded show-cause order to Abtach and outlined shocking details of its filing fraud activity.

A key question since the start of our reporting is why much of the trademark-related fraud being reported appears to originate in Pakistan. One expert from Pakistan (who agreed to talk anonymously through fear for their safety) says there are “two main reasons” why so much recent fraudulent activity is occurring in Pakistan.

“Firstly, law and order,” they explain. “Law is weak in Pakistan, and it is easy to bribe law enforcement or do stuff behind their back. On top of that, there is a desperate young population ready to make a quick buck, since there is a lack of jobs.” Earlier this year Abtach was itself accused of bribing a representative of the Pakistan Federal Investigation Agency (FIA), which had been investigating it for alleged money laundering.

The second reason cited by the expert is an entity called Axact. “It operated at an insane scale and conducted all kinds of fraudulent activities and offered fake degrees,” they allege. “Axact pioneered the art of trademark fraud.”

Axact was founded in 1997 in Karachi with fewer than 10 employees, but by 2013 it claimed to have 5,200 employees and dubbed itself as “the world’s leading IT company”. In 2015, The New York Times published an investigation with claims that Axact operated over 350 fake degree and diploma websites. While making clear that the company also sold software services (primarily related to web design and smartphone applications), the article alleged that its “main business” was “to take the centuries-old scam of selling fake academic degrees and turn it into an internet-era scheme on a global scale”.

Initially, Axact denied the allegations, but a subsequent inquiry by the Federal Investigation Agency raided Axact’s offices in Karachi and discovered blank degrees and fake US government letterheads. A report, issued in April 2016, claimed that the scandal is “bigger than initially imagined”, with allegations that Axact took money from more than 215,000 people in 197 countries. To do so, it was claimed that Axact sales agents used “threats and false promises” and impersonated government officials to take money from customers. In 2018, Axact CEO Shoaib Shaikh and 22 others in the case were sentenced to 20 years in prison.

The conviction of 23 Axact employees could be seen as a major anti-fraud win. However, according to the expert we spoke to, it has led to many of the problems we see today. “Yes, the Axact operation was busted and the leaders were arrested, but the rank and file were never arrested, so they all dispersed into the Pakistan software market,” he explains. “Those people knew the skills of the fraud activity, as they learnt it at Axact, and they pitched those frauds to CEOs of smaller companies. Axact has died, but it has left its cancerous germs of fraud all over the country.”

According to the expert, the fraud activity most often being conducted by ex-Axact employees are related to fake degrees, logo design, ghostwriting, web design, and trademark filing. As WTR has reported on, both Digitonics Labs and Abtach operated hundreds of websites offering such services (for example, in July, WTR investigated a $150,000 scam that began with a logo design, developed to web design, then led to extortionate fees related to patents and trademarks).

A key question is whether Abtach and Digitonics Labs – both of which are reportedly being investigated by Pakistan’s FIA but appear to still be operating – are the only IT companies in Pakistan allegedly undertaking mass fraud on this scale. According to the expert, there are more out there. “It's so sad that our talented youngsters are involved in such schemes,” he concedes. “These companies are boosting your IT revenue, but one day this whole sand castle will collapse, the world will find out, and Pakistan will again be mocked and ridiculed, there will be more sanctions on us, and doing business will become more difficult.”

A representative from the FIA agrees, telling local media earlier this year: “The impact of these scams is not only contributing to an increase in the crime rate, but it will also damage the reputation of Pakistan worldwide.”