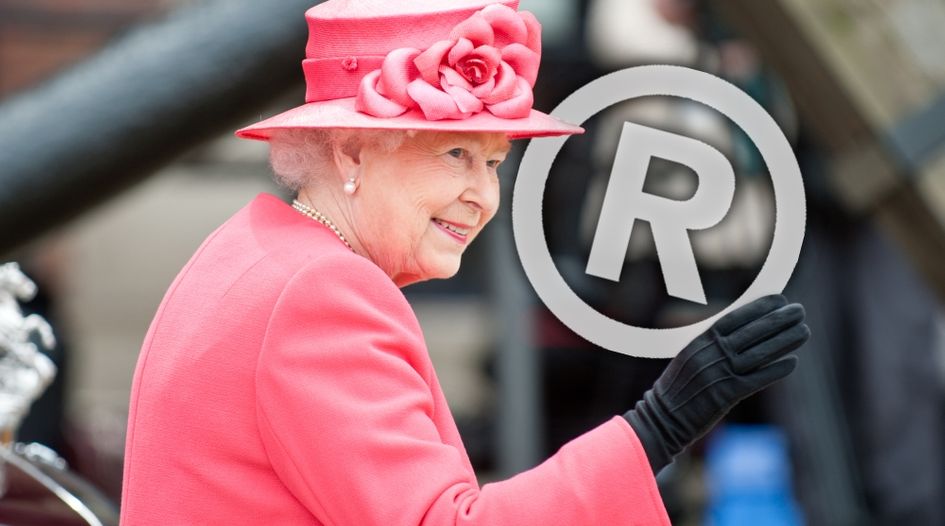 The saga of the trademark activities of Prince Harry and Meghan Markle continues, with reports that the Queen has “banned” the couple from using the ‘Sussex Royal’ brand. Talking to WTR, an IP expert warned that the development could pave the way for unauthorised third parties to secure registered trademark protection in the royal brand.

As has been previously reported by WTR, Prince Harry and Meghan Markle initially announced the launch of their Sussex Royal brand last year, with the first use of the name being the opening of an Instagram account in April 2019. Shortly afterwards, The Foundation Of The Duke And Duchess Of Sussex applied for the protection of the term SUSSEX ROYAL through a UK trademark application in June 2019. In December, an international trademark application was filed claiming priority from the UK application, covering jurisdictions including Australia, Canada, the European Union, and the United States.

Global interest in the Sussex Royal brand plans were sparked in January 2020 after Harry and Meghan voiced their intention to step back from Royal Family duties. The mainstream media coverage, and subsequent debate on the couple’s decision, had unintended consequences for the Sussex Royal brand. After the UK application was filed, it was examined at the UK Intellectual Property Office (UKIPO) and entered the opposition period. That period was due to end this week (on 20 February), but – as WTR first reported – a notice of threatened opposition was filed to the UKIPO at the end of January, which automatically extended the opposition period by one month. While not a formal opposition, such a notice is an indication that a third-party is preparing a full opposition (although they are not required to file one).

In the weeks since, a lot more activity has occurred. At the time of writing, 13 notices of threatened opposition have now been filed against the SUSSEX ROYAL trademark application, with the last occurring on 3 February. It is unclear if any of these will evolve into a formal opposition. In comments to WTR, Lee Curtis, chartered trademark attorney and partner at HGF, said he is also doubtful that full legal proceedings will occur, adding: “Many, if not all, of the notices of threatened opposition may have been speculative and if formal notices of opposition were filed based on the inclusion of the word ‘royal’ in the trademarks by third parties then, as I stated in the past, such notices are likely to fail, in my opinion.”

More significant, however, is a Daily Mail report that the Queen (Prince Harry’s grandmother) has told the couple that they “must drop” the Sussex Royal brand name. The move reportedly follows “lengthy and complex talks” between the two parties (which are ongoing), with the Queen and senior officials “believed to have agreed it is no longer tenable for the couple to keep the word 'royal' in their 'branding'”. A Buckingham Palace source told the Mail that the development is a “blow to the couple” but the Queen “had little choice” due to Harry and Meghan’s decision to step back from royal duties.

Could the Queen’s intervention spell the end to the couple’s trademark applications? According to Curtis, possibly so. “Although this is a very unusual and rare set of circumstances which very few brands encounter, this maybe shows the downside of potentially not getting explicit approval for the SUSSEX ROYAL trademark from the Queen prior to its development. However, circumstances did change after the launch of the name with the royal couple stepping back from royal duties after the filing of the initial trademark applications, so that eventuality could be excused,” he explains. “The wild card has always been the Queen; if she consented to the progress of the applications, either explicitly or implicitly by not raising any objections, then the applications were more than likely to proceed. However, her apparent opposition suggests the applications may be doomed, if for no other reason than she is Prince Harry’s grandmother and no grandson would wish to displease his grandmother, especially as she is the Queen. On top of that, ifthe base UK application is withdrawn, then the international trademark application falls with it.”

Of course, the Queen has voiced disapproval for Harry and Meghan’s use of Sussex Royal – but what about the countless third-party applications that have been filed around the world? According to Curtis, this latest development could raise a royal conundrum. “If the couple are ultimately not able to use Sussex Royal as a brand, then there is a motive to withdraw both UK applications at least, otherwise they would be prosecuting trademark applications for trademarks they would never use, which raises its own problems,” he says. “If the couple’s applications no longer exist, the conflicting applications could proceed, meaning third parties could achieve registrations for SUSSEX ROYAL and in theory use the brand. In the UK at least, objections could be raised to any applications for some goods and services on the basis ofthe inclusion of the word ‘royal’. Of course, if the royal couple are no longer interested in the SUSSEX ROYAL brand and will no longer use it, then the motive for the filing of many of these applications would have gone in the form of possible leverage over the couple’s branding efforts or as a means to trade off their goodwill and repute. For now, it’s a problem for the couple (or at least their trademark attorneys) to dwell on.”

This latest development could mean that Harry and Meghan have significantly less leverage when acting against unauthorised trademark applications for the Sussex Royal brand. Even if the couple no longer use it, it is doubtful they will want third parties using it, especially in ways that could go against their values. Ultimately, though, they may no longer have a choice – although further developments to this ongoing saga could occur in the weeks and months ahead.